Interview: Ryan from The Vryll Society 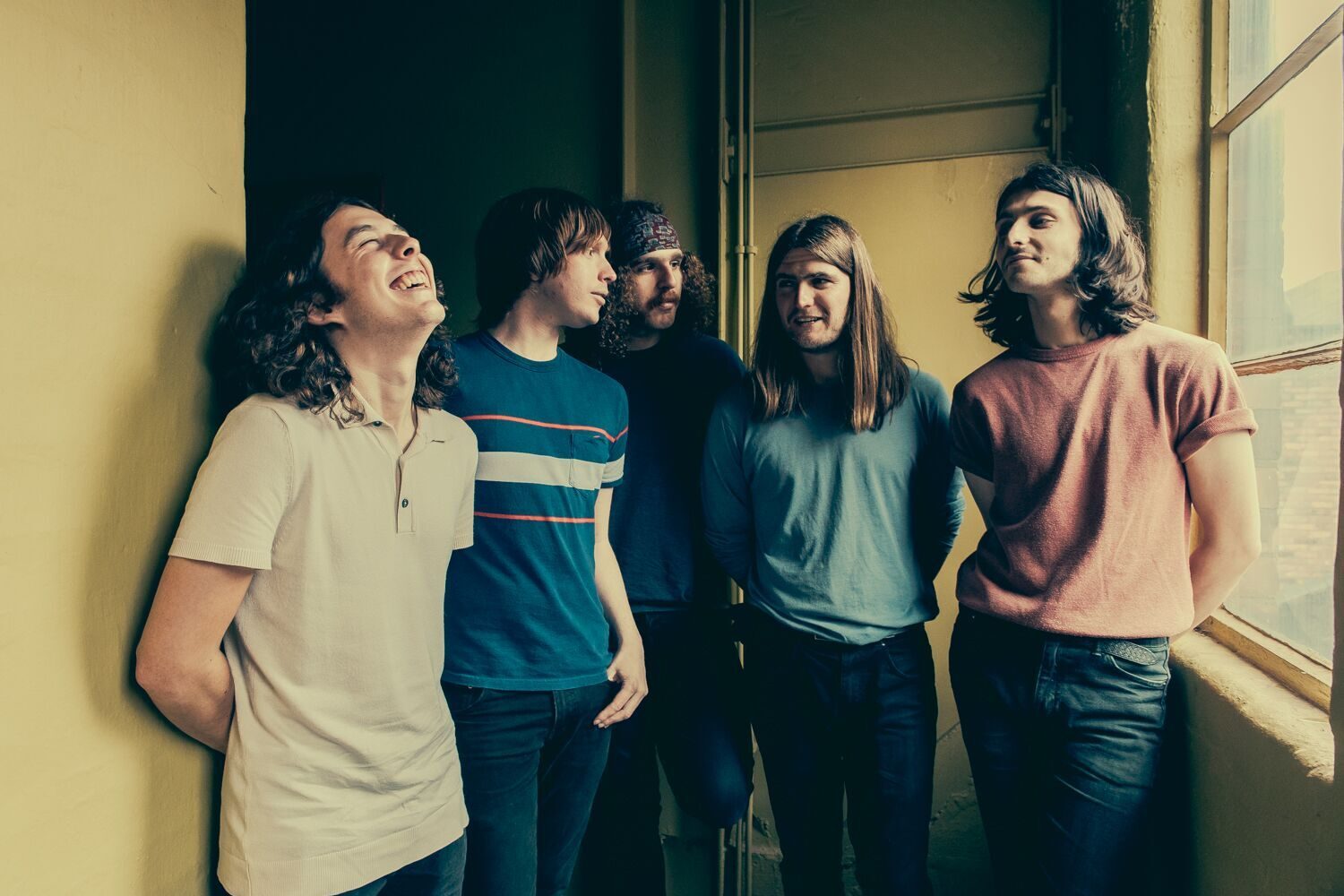 Interview: Ryan from The Vryll Society

One thing The Vryll Society isn’t short of is admirers. Lauded at just about every turn by press and public alike, the release of their debut LP for Deltasonic Records is hotly anticipated thanks to the promise this band have shown through their live sets and recent single releases.

Discovered and nurtured by the late and much missed Deltasonic founder Alan Wills,  they fitted the type for him perfectly. He instantly saw in them similar attributes he’d previously found in the early days of The Coral and The Zutons. The confident swagger, the solid union formed by their band-of-brothers gang mentality, their willingness to stand outside the conventional and often stifling jangly Liverpool scene, and the work ethic. Always the work ethic. Wills instilled in The Vryll Society something which has become over the ensuing years a key element of what they are, what they’ve become, and of the music they produce. He gave them belief. A belief that hard work and determination will bring them to the place they wanted to reach.

Alan taught us that all you need to conquer the world is a rehearsal room, your instruments, a good work ethic and a positive attitude and you’ll get there. He kind of taught us the rules and the attributes that you need to have to be successful so we’ve just continued on that path” says frontman, Mike Ellis.

Ellis has stated that it was that attitude and that work ethic which got them through the subsequent tragic loss of their friend and manager in 2014, driving them forward through those times, propelling them to harder work, and bonding them even closer together as a unit.

As the band prepare for their upcoming show at Heartbreakers in Southampton, I were fortunate enough to grab some time with Ryan Ellis from the band.

Could you tell me about how you initially got involved with music and who influenced you most?
To be honest I think we were all mainly influenced by our family and friends. I know myself, Lloyd & Mike definitely did as Lloyd has a brother who is a musician so he’s been brought up around that and I think Mike’s Lightbulb moment was when he heard Beatles For Sale – I may be wrong but I know full well it’s from his dad playing him The Beatles. My influence was my mum and dad playing music in the house and when we would have parties, we always used to play Burt Bacharach and The Beatles and that’s what started it for me, I wanted to learn the guitar so I could play some Beatles tunes.

Could you tell me about how the band came to be formed?
The band came about years ago – Me, Lloyd, Mike & Ben were all in the same band about 5/6 years ago and we were starting to make music more in the same style to what we make now, there were us four and one of our other friends but he decided to leave so we thought its a perfect opportunity to ask Lew to join – we’d been mates with Lew for years just through sharing practice rooms, chilling and going out in town together and stuff. Once Lew joined it was like the final piece of the puzzle and it just gelled so nicely, we then decided to have a name change and lock ourselves away for a year or so just making sure that we were the best we could be and that when we decided to come out and gig that it would be fantastic and people would be shocked how good we were.

For those who are new to your music which three tracks would you encourage them to check out first and why?
For somebody who hasn’t heard us before I would say listen to ‘Soft Glue,’ ‘Light At The Edge Of The World‘ and ‘Inner Life.’ I just think these three are all completely different but they show how capable we are as a band at making different types of songs and you can still definitely tell that they’re all from the same band, which for me its always great when an album has lots of different styles and colours of songs but you can still tell its the same artist.

Over the years has your approach to performing live changed and if so how?
Our approach on live music has changed so much over the years, at first we were quite loose but now its full on lockdown mode, everything now is so precise regarding our playing, our timing, the gaps in between songs, the way the set is arranged – our live show now is the best its ever been and it can only get better.

How do you feel when you share your music for the first time? Do you prefer to share new music live where you can see the crowd’s reaction first hand or online perhaps?
I personally prefer sharing our new music online first just because I think when you’re listening to new music its quite nice to be able to in the comfort of your own home with your headphones on with a beverage of choice, I just think you can get a lot more into it that way first.

What bands and artists are you currently listening to and how are they inspiring you to explore and implement new ideas with your music?
Well for me at the minute I can’t stop listening to Simon & Garfunkel and Talking Heads, I’d say they’re inspiring me just like any other artist would you know you listen to it and think ‘that is absolutely amazing I wanna write a tune like that’ or you maybe take inspiration on the production side for when you next go into the studio.

What can those fortunate enough to have tickets expect from your live show?
For those who have bought tickets for our upcoming tour in October thank you very much you are not going to be disappointed as its most definitely going to be our best one yet and for those who haven’t got one then you really are missing out, we’ve got so much installed for this one, we’ve been putting so much time into how amazing we want this tour to be! Go and get a ticket if you haven’t got one! (Tickets are £11 from seetickets.com)

What does the rest of the year have in store for you?
Well we haven’t really got much left of 2018 but we do have a belter of a tour coming up which is going to be our best yet and we also have another single to be released!