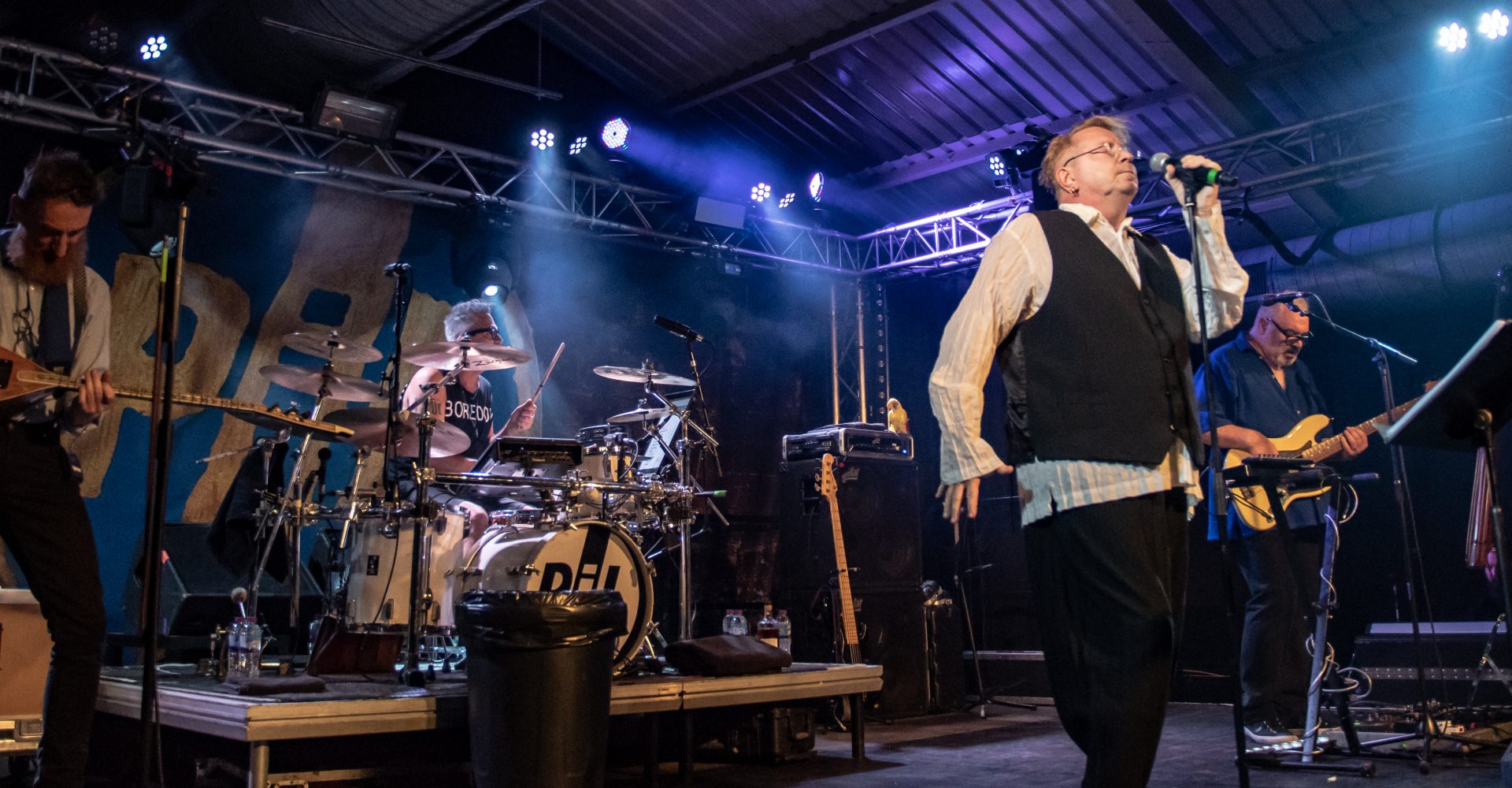 Born from the ashes of the split of Sex Pistols in 1978, Public Image Ltd became a post-punk band that is regarded as one of the best of that era. Still continuing to be led by John Lydon (aka Johnny Rotton) the band have gone through many personnel changes over the years but the same line up has remained since 2009 when Lydon reformed the band after a slight hiatus. Their highly regarded album “Metal Box’ is the first material I listened to by Public Image Ltd after being influenced musically by my Dad who used to be a punk back in the day when there was real anarchy in the UK!

I’d been looking forward to this gig for some time and the opportunity to be photographing one of the main punk (and music) icons. A small part of me was also hoping that Jah Wobble would also be playing with the band again but that was clearly a dream! I had the pleasure of seeing John Lydon once before but not whilst he been playing with Public Image Ltd. On what was a warm night, (which every night seems to be at the moment) I headed straight outside after getting to the venue and picking up my pass, then what followed was a complete right time, right place moment. Mr Lydon proceeded to hang out of the top window of the venue to have a crafty cigarette whilst declaring “sssshhhhh, there’s nothing to see here” much to the delight of the crowd that were queuing around the block to get into the venue. Such is the meaning of this man to some individuals that when he dropped the cigarette butt out of the window a fan proceeded to go and pick it up and keep it!

With no supporting act tonight, it felt like an age before the gig started, I think it was running around twenty five minutes over the scheduled time due to the doors opening late. Public Image Ltd entered the stage to a rapturous welcome and then blasted straight into the tracks ‘Warrior,’ ‘Memories’ and ‘The Body’. Lydon commands a stage presence of one that I’ve never witnessed before but I suppose that comes with the territory of a 43 year career as a ‘controversial’ front man. Having been in close proximity you can really feel that when he is staring down the barrel of the camera almost like stalking his prey. It is the unpredictability that I find interesting but sometimes a reputation can proceed you.

With Lydon commanding the stage standing in front of the reading lectern addressing the mixed crowd from the bible of Public Image Ltd lyrics, the band further launch into ‘Death Disco’, This is Not a Love Song’ and ‘Rise’. All of which are delightfully received. By this point in the gig the venue was feeling like a sauna with Lydon questioning ‘if someone had turned on a steam machine and not smoke machine’ given the temperature! The band left the stage only to return for a superb encore which included their first single ‘Public Image’, Lydon’s superb collaboration with Leftfield ‘Open Up’ and the poetic ‘Shoom’ (check out the lyrics).