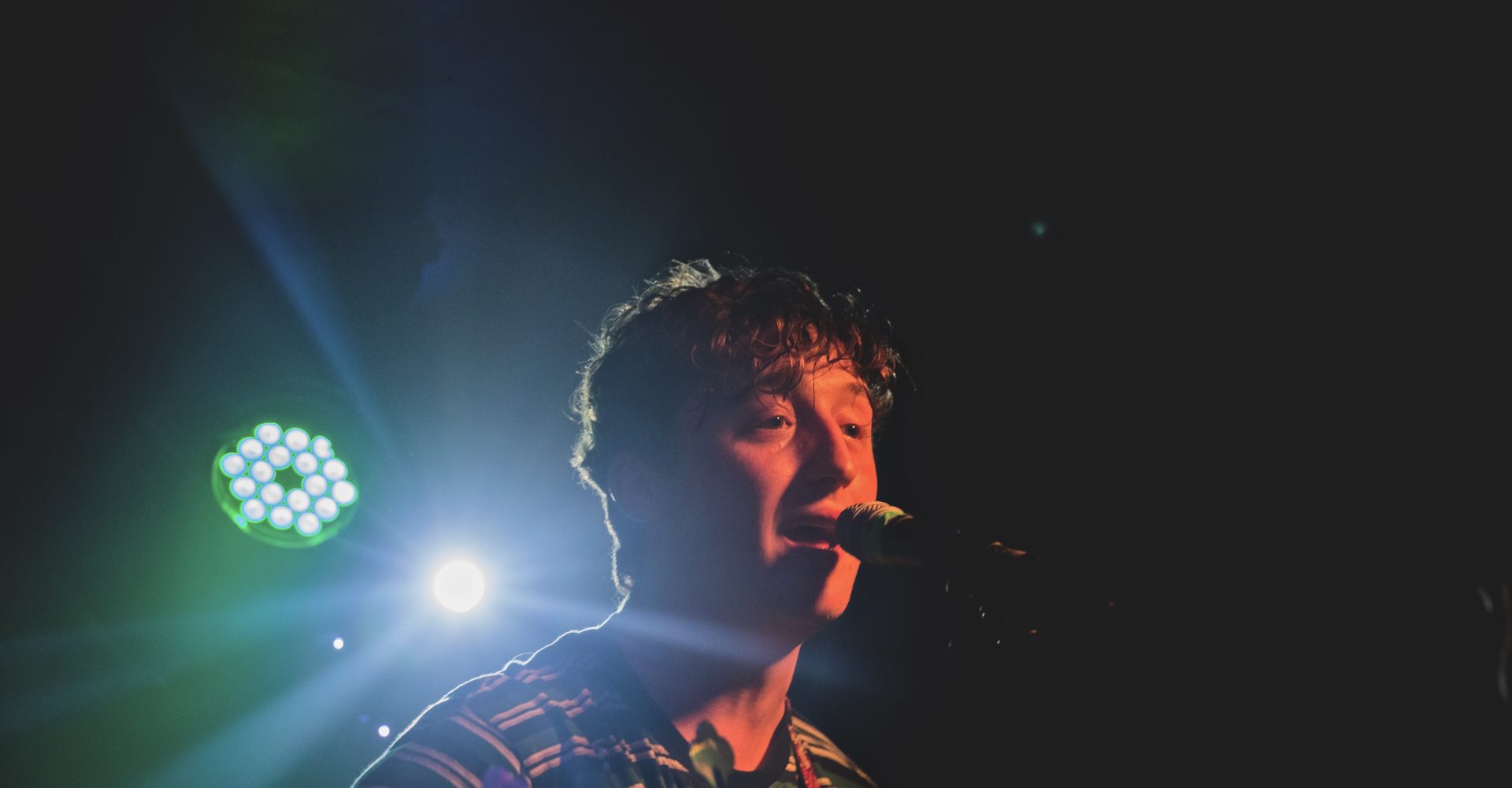 Boy Azooga are the next big thing to come out of Cardiff which in the past has included bands such as Super Furry Animals, Underworld, Kids in Glass Houses and Catatonia to name just a few.

The brainchild of Davey Newington, who previously drummed for Charlotte Church’s Late Night Pop Dungeon, Boy Azooga is a sound that has come alive in a Cardiff living room. This has seen him sign to Heavenly Records with the album – ‘1, 2 Kung Fu’ due in June 2018. The album has been written and recorded solely by Davey, but to bring this to the stage a recruitment drive was required, with his three mates Daf, Dylan and Sam joining him for the ride.

Support for this gig came from a band named Jeph, a four-piece outfit from the Isle of Wight whose tracks were very melodic and harmonic, with two female vocalists Jess (bass) and Steph (guitar) with Joe on guitar and Guy on drums. Steph mentioned to me that “We love writing and have a great time playing our music. We are about having a laugh and being nice whilst trying to get our music heard.”

Davey was on fine form Wednesday night (25th), his crowd interaction was superb and he seemed very humbled that people had come out to watch the band play. At £5 a ticket it would have been rude not to!  The near-capacity crowd were informed that Davey’s Dad was born in Shirley and his Uncle was an usher at the Mayflower Theatre which endeared himself to the local crowd.

The near-capacity crowd were informed that Davey’s Dad was born in Shirley and his Uncle was an usher at the Mayflower Theatre which endeared himself to the local crowd.

The set was delivered with expertise and was a great advance listening of what is to be the new album. The single ‘Face behind Her Cigarette’ which is a synth/bass driven track that you can’t help but pull out some two-step dancing to and one that Radio 1 listeners will recognise. The song ‘Jerry’ had a backstory, it was written about Davey’s girlfriend’s dog, something they had in common with the support band who also played a track that paid homage to a special dog in their lives. Crowd participation ensued towards the end of the set with a few lucky ones having the opportunity to shake their maracas to the beat. ‘Loner Boogie’ was a great way to finish the set with its 2:05 seconds of driving drum beat making you feel like you are going on a journey or preparing to fight your way through a precarious situation.

I had a chance to chat with the band at the end of the gig to pass on my thanks, this resulted in me buying a t-shirt and the ‘Loner Boogie’ single on vinyl. Some people who know me know how much I get sucked in by merch and this time it was to my own detriment as when leaving the venue I realised that I already owned a copy of the single! My friend was a happy recipient of the vinyl to go along with a copy of the setlist that she managed to grab.

Boy Azooga are booked for many festivals over the next few months including Green Man and The Great Escape. Perhaps this is one for the lads at Victorious Festival to check out and get booked for the Summer?!