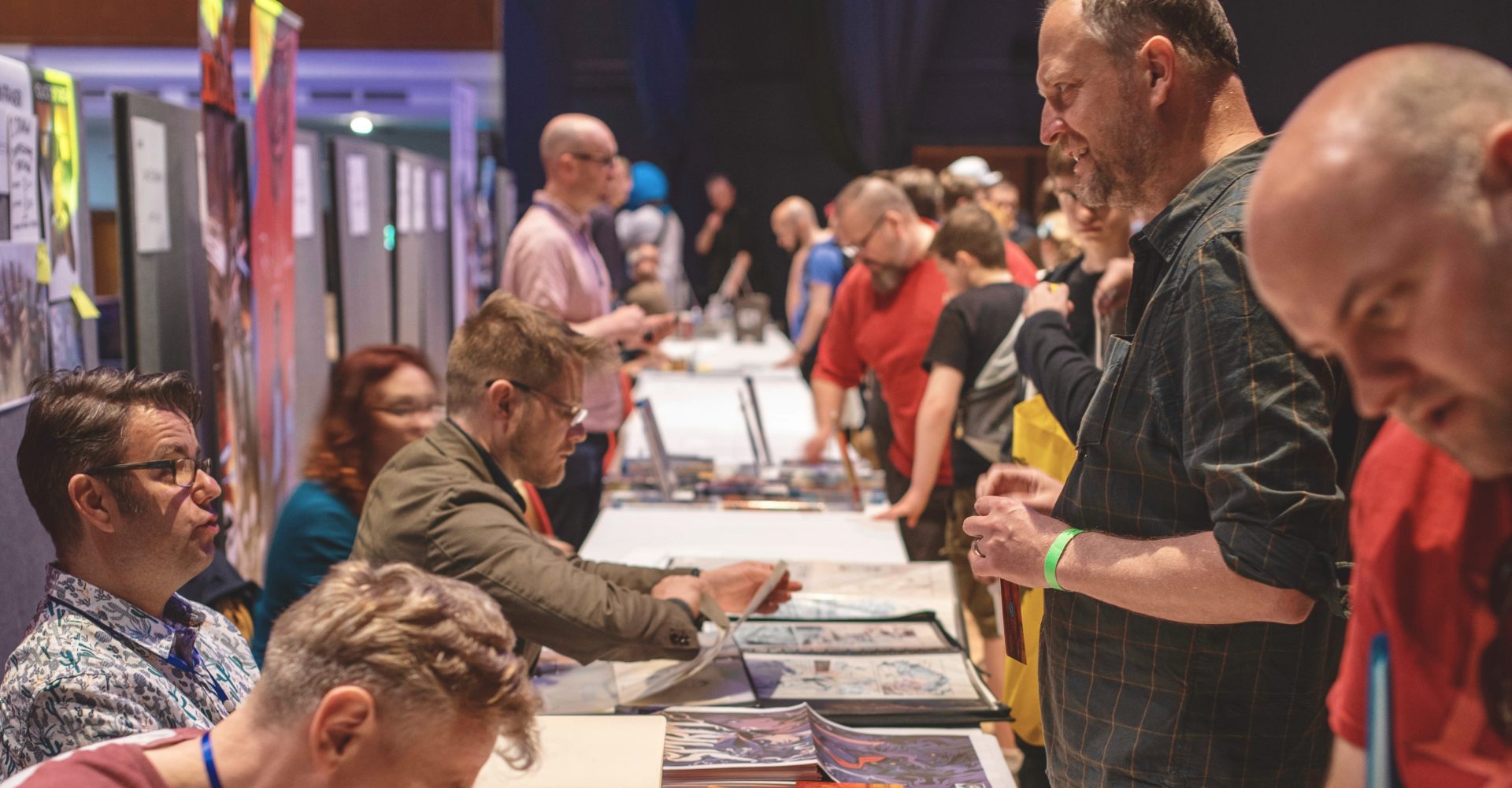 This weekend Portsmouth not only welcomed scorching weather but it also welcomed the very first Portsmouth Comic Con.

Welcoming some of the best comic book artists and writers in the industry including Walter and Louise Simonson, Tommy Lee Edwards, Frank Quietly and Russell Walks. Getting behind the science of comics through a range of panels, exhibitions, displays and workshops, the event allowed people to explore a comic city full of collectables and merchandise.

The event showcased motion capture and virtual reality software as well as robots, steampunk. Not to forget the other staple for comic cons, cosplay. Some just wearing their favourite Marvel or DC t-shirt while others went all out and dressed up as characters from Dr Who, Superman, Star Wars, Big Bang Theory and Cosplayer Onyxeia attended as Red Sonja.

Celeb guests included Josh Herdman from the Harry Potter films, Ian McElhinney from the infamous Game of Thrones and Marc Silk, the voice of Johnny Bravo and Scooby-Doo.

We spotted Portsmouth University there as well as Mr Stride from the local Groundlings Theatre but a real highlight was meeting Gary Pollard. A revered industry sculptor of thirty years who worked on some of my total favourite films including, The Never Ending Story and Labyrinth with wonderful David Bowie. He was also a key sculptor on Star Wars: Episode 1 and a creature designer on The Mummy. Gary also worked on animatronics in Harry Potter and was a prosthetic make up designer on Mortal Kombat: Annihilation. He was just a bit awesome and it was great to meet someone so creative and inspiring.

I can’t wait for this event to come back in Portsmouth in 2019! I can only see this event getting bigger and bigger as it evolves in the future. If you did not get a chance to pop down this time, its one to look up in the future.