Kim Whitby and Sky Arts Landscape Artist of the Ye...

Kim Whitby and Sky Arts Landscape Artist of the Year 2016

Landscape Artist of the Year returned to Sky Arts recently and if you are a lover of the arts and are not already watching then I encourage you to check out Sky On Demand and catch up on what you’ve missed.

Judged by artist Tai Shan Schierenberg and independent curators Kate Bryan and Kathleen Soriano. The show not only highlights the tremendous and diverse talent from every corner of Britain and Ireland, but also how the beautiful British countryside has inspired past and present generations of artists.

Hundreds of entries were received for the 2016 competition, giving the judges the difficult task of whittling them down to 48 artists who went on to take part in six heats over the summer at three National Trust locations: Scotney Castle, Kent; Wray Castle, Lake Windermere and Stowe in Buckinghamshire.

Each heat was also open to a further 50 “wildcard” artists who were invited to compete for a potential slot in the semi-final. Which means that from the Wildcard entries of 300, there was potentially one who could win a place in the semi final too. One such wildcard is Kim Whitby.

Kim is no stranger to Portsmouth and the south coast. She has previously won the Spice Island 2015 Arts Trail. She took part in Hampshire Open Studios over the last two Summers and have enjoyed a period as artist in residence at Ashcroft Arts Centre in Fareham. Kim describes “I have been pleased to support my most local new arts festival, in Lee on the Solent in 2016, especially as it gave me the chance to work with Lee Infant School pupils too. I continue to teach as a relief infants teacher in Hampshire, a private art tutor and group tutor for adults. I am happy to present to art groups at individual request.”

As much as I pushed Kim to the gossip on who wins the competition she wouldn’t give me anything! You can catch Kim’s heat (episode 6) next Tuesday at 8pm but before then you can catch episode 5 tonight at the same time.

Back in June 2014 Kim visited the Historic Dockyard to draw Nelson’s flagship at the battle of Trafalgar in 1805, HMS Nelson.

The interior of the ship is dark, and during the summer months the exterior is frequently bright and can be viewed through the many gun ports along the sides of the ship. The dockyard museum and operational naval base can be spied through these gun ports. Buildings of age and recent additions can be observed; as well as the visitors, staff and serving personnel. H.M.S. Victory is both a place to come and see, and a vantage point from which the naval operational base and a functioning museum, can be watched. My direct sketchbook drawings were developed into larger drawings and a very large ‘installation’ style painting of almost 14 meters length, as a ‘u’ shape. I was interested in exploring the ideas about ‘looking’ in art theory, so while most images of HMS Victory are from its exterior I painted my final piece from the interior looking outwards through the gun ports. 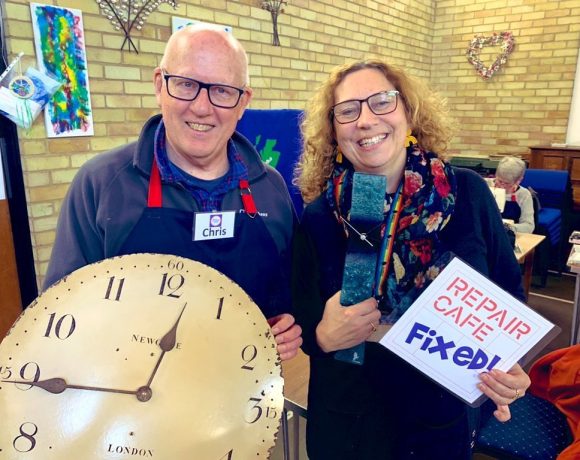 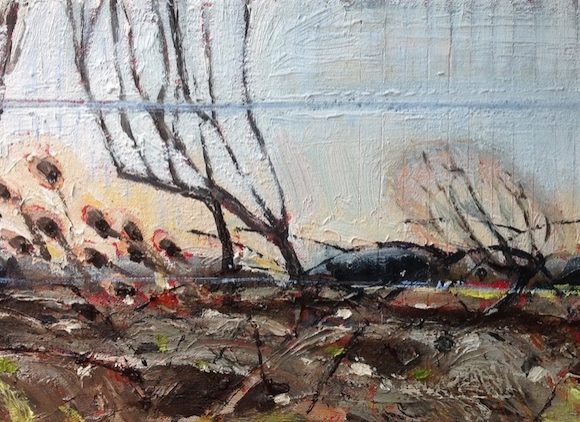