The Day The South Turned Red #..

Next Tuesday Public Service Broadcasting will be returning to Portsmouth to play the Pyramids. Supporting them on the night will be Palace, the band impressed at Victorious Festival and I was fortunate enough to be given the chance to catch up with the bands from drummer Matt Hodges.

How you initially got involved with music and who influenced you most?
We’ve all grown up with families who were all really into their music. My dad has always had a pretty eclectic collection and got me into the stuff he used to listen to at school like Van Morrison, Nick Drake, King Crimson, Pink Floyd and stuff like that. At home there was always a lot of Motown classics being blasted along with the occasional Italian or Portuguese crooner. A real mix.

It’s the same for all of us really- just growing up around loads of music all the time, which looking back definitely had an effect. The band have all known each other a long time. We went to school together and all got involved with music in some way there which is where it all kicked off for us individually. Weirdly though we didn’t end up ever playing music with each other until much later after we’d left school. We’d been talking about doing something for ages and one day we decided to get together and have a jam so we booked a room in a place on Denmark Street, stocked up with some tinnies, and went for it. It was pretty ropey at the start but it was ridiculously fun so it didn’t matter and from there it just started to grow into something a bit more serious.

For those who are new to your music which three tracks would you encourage them to check out first and why?
We have quite a varied sound so to try and give a decent spectrum, the first one would probably be ‘Holy Smoke.’ It’s a song written about the experience of being by someone’s side as they are close to passing away and is a very personal one for us. The second would probably the title track of our debut record which us called ‘So Long Forever.’ The song is about being resolute and making a point of making a change and moving on from a situation in life. Where ‘Holy Smoke’ is a bit more gentle and poignant, this one has an energy to it and we love playing it live. The third one would probably be ‘Live Well‘ which is the final single from our record that’s out now. It’s much more upbeat and positive than the other two and is about getting closure on the past, accepting how things are and looking to the future.

How do you feel when you share your music for the first time? Do you prefer to share new music live where you can see the crowd’s reaction first hand or online perhaps?
It’s probably better to give people a chance to get into a song and live with it a bit before they hear it live so they can enjoy it more when they hear it. When you put stuff up online it makes it easier to gauge reactions to songs when they get put out there so it’s always a good way of seeing what people make of it. It’s amazing for us when we get people writing to us online to describe what a certain song means to them so it’s cool to know all this before playing it live for the first time I reckon as it gives you a little bit of an idea of what people might be feeling while you’re playing it.

What bands and artists are you currently listening to and how are they inspiring you to explore and implement new ideas with your music?
When Mac Demarco hit the scene we were big fans from the start and still are. His laid-back style is something we can definitely relate to and his live shows are ridiculous. We did a cover of his track ‘Ode To Viceroy’ actually which is up online somewhere which was pretty fun for us. We’ve always been fans of King Krule‘s sound and more recently Yellow Days. We listen to a lot of The Lemon Twigs in the tour bus at the moment. We had a funny night with them in a bar in Paris last year involving sword fighting with baguettes on Michael’s birthday so listening to it always makes me think of that. They also do the best high-kicks around when they play live which we’re a bit jealous of. Some serious flexibility there so that’s pretty inspiring I’d say! We’re on tour with Public Service Broadcasting at the moment so we’re listening to a lot of them and it’s a ridiculously epic show- a real experience that’s full of energy and musical surprises. Anyone who’s going to see them is in for a real treat…

What can those fortunate enough to have tickets expect from your live show?
Well, we hope it’s a bit of an experience with lots of ups and downs with the pace and the energy of the songs. Some quiet, gentle moments and some big ethereal moments. It will only be a taste of the full shebang while we’re supporting PSB as it’s a short set, but hopefully we’ll be back in Pompey for a full-length show sometime soon to give people the full experience.

While on tour do you get very much time to explore the towns and cities that you are playing?
Usually, we don’t get that much time to see the sights in the places we go to be honest unless there’s a day off involved as the schedule is always pretty tight. If we can get soundcheck done quickly we’ll always have a bit of a wander through so we’ll have to check out Pie & Vinyl when we hit town on Tuesday 24th. Never been there before but I love pie and I love vinyl so sounds like a winner.

What does the rest of 2017 have in store for you?
We finish this tour at Hammersmith Apollo which is going to be a pretty amazing experience for us. After that we’ll be spending the rest of the year getting our heads down in the studio and focussing on new music. We’re working on a lot of new songs at the moment so we’ll be just be honing, writing some more and generally getting new material into shape. Our last event of the year will be the official Palace Christmas party which is going to be the final ‘Palace Presents’ of the year at The George Tavern in London where we run a monthly night. We’re going to finish up 2017 with a bang. Things could get messy.

You can pick up a copy of the bands latest album ‘So Long Forever’ on iTunes and Spotify now. If you like what you hear and want to catch them in person then there are a limited number of tickets available for the show and you can pick up yours directly from the Pyramids. 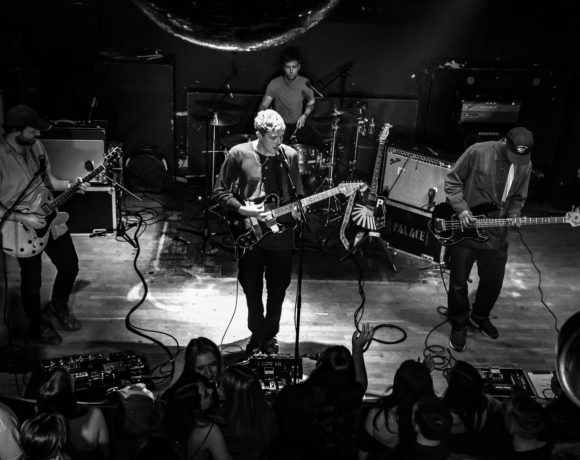 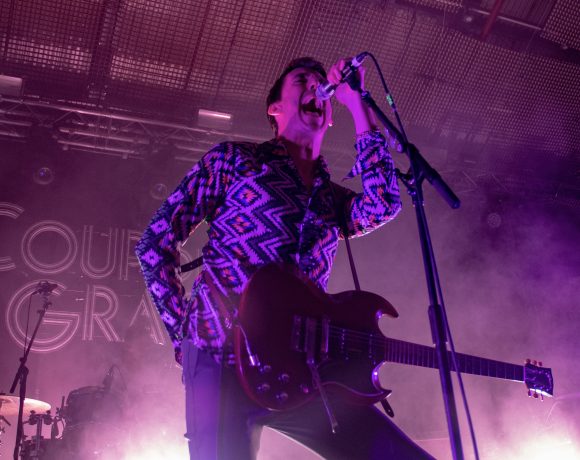