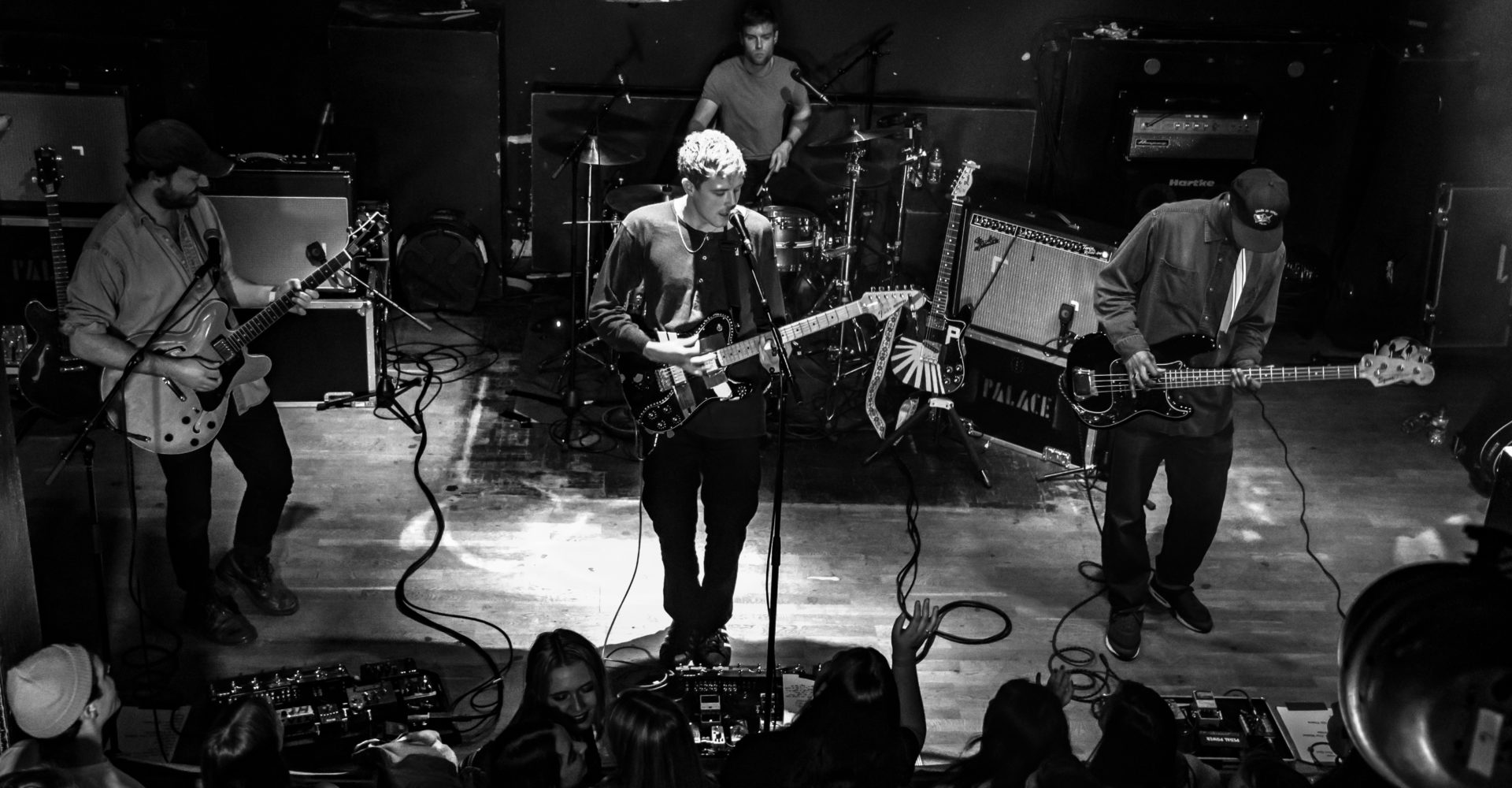 I recently took full advantage of my day off and headed down to Brighton early doors before Palace’s gig at The Haunt, making the most of the February sunshine with a stroll down by the sea taking in the last of the rays which is so unusual for this time of year.

Palace are a band that have eluded me for a while as I had yet to make one of their gigs until tonight. This was also the first time that I had taken in a gig at The Haunt in Brighton, another venue ticked off the list! The Haunt is very much a rough and ready venue with a balcony that overhangs the majority of the downstairs, this was the perfect vantage point to shoot the band from.

Palace are a London based three piece who have been friends since they were thirteen, together they are creators of beautiful, blissful harmonies and melodies, the perfect soundtrack to long sunny summers days and those chilled nights in. Palace were high on my recommended list to friends who were attended Victorious Festival in 2017 and all of which enjoyed their sound.

The older I’m getting the more I’m enjoying taking in the support band for most shows that I attend and tonight we were treated to an absolute delight. Hot Dreams took to the stage and you could be forgiven in thinking their sound was akin to that of Palace’s with their atmospheric tones and drummer that was ferocious in parts whilst also being a great vocalist. I would definitely suggest you check out these guys especially their tracks ‘Plungepool’ and ‘Will You Dive’.

The older I’m getting the more I’m enjoying taking in the support band for most shows that I attend and tonight we were treated to an absolute delight.

Such was the small nature of this gig Palace were carrying out their own soundcheck before disappearing for 15 mins and arriving back to the stage to be enthusiastically greeted by the sold out crowd. The last time I’d seen a band carry out similar was when ‘Rolling Blackouts Coastal Fever’ played the Boileroom in Guildford. Palace played through the majority of their songs from the debut album which included ‘Live Well’, ‘Have Faith’ and ‘So Long Forever’. Leo Wyndham’s smooth vocals are a delight to hear live especially when my favourite track of theirs ‘Bitter’ was played along with ‘It’s Over’. I later learned after the gig that fans had travelled from America and Canada to be at the band’s shows for this tour, such is their popularity.

Palace release a new album ‘Life After’ on 12th July which is the follow up to 2016’s debut album ‘So Long Forever’ and have most recently just dropped their new single “Martyr’ which is absolutely delightful! An 8 date UK tour follows later in the year with tickets already on sale. I’m sure we’ll also be seeing Palace on the festival circuit this year too. Be sure to pick up tickets to see them if you get the chance, you won’t be disappointed!