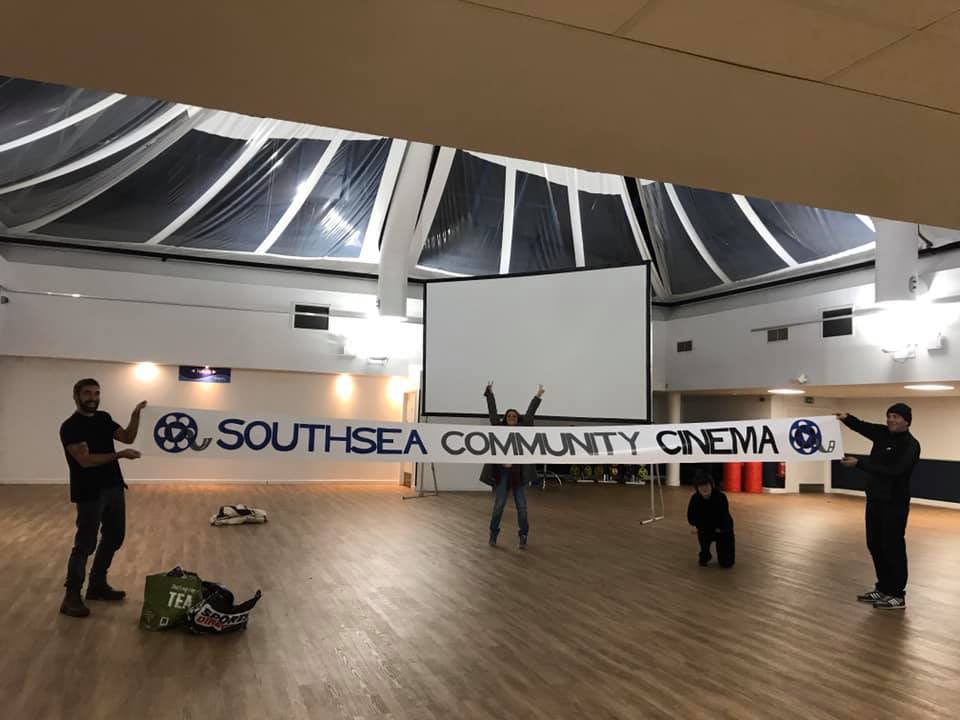 Southsea Community Cinema is hosting its first season at the Glass House in the Pyramid Centre with its 2020-21 winter program.  Along with many other community cinemas across the country who are working successfully with local councils, universities, schools and community groups across the UK, Southsea Community Cinema will deliver world class films and film related activities providing a much desired cultural outlet in the city. Having operated out of the University of Portsmouth for the past several years and following on the success of the Sunset outdoor summer programs, Portsmouth Film Society is now one step closer to having a permanent home with Southsea Cinema.

“As a member of the UK Cinema For All organisation, Southsea Cinema strive to show films that deal with contemporary issues affecting our community.  In addition to showing a broad array of films from around the world enhanced with guest speakers and themed exhibitions, they will be running film making classes for all ages and host local film making competitions.” says Aysegul Epengin, the cinema development manager.

Next up is a family focused programming will favour rich and educational film examples rather than the run-of-the-mill blockbuster films.

Saturday and Sunday films cancelled and Emma changed for It’s a Wonderful Life.

As well as screenings and festivals, film-making workshops will encourage students to produce their mini stories and share them with the public. At the Glass House Southsea Cinema will resume the I AM ONLY HUMAN II class for 17 x young adults telling stories on film about how crime in Portsmouth affects them and their peers. The class is being conducted in partnership with the Hampshire Constabulary.

All events are open to the public and will be free to NHS staff and people who show a carer identification card.

Wisit the website and keep track of Southsea Cinema on social media to find out what will be happening in 2021.

This is a promoted article for Southsea Community Cinema, if you would like to find out how you can share your business, events and more with the awesome Strong Island crew, please get in touch: contact@strongisland.co. #AD