We Shine Portsmouth Returns in 2022 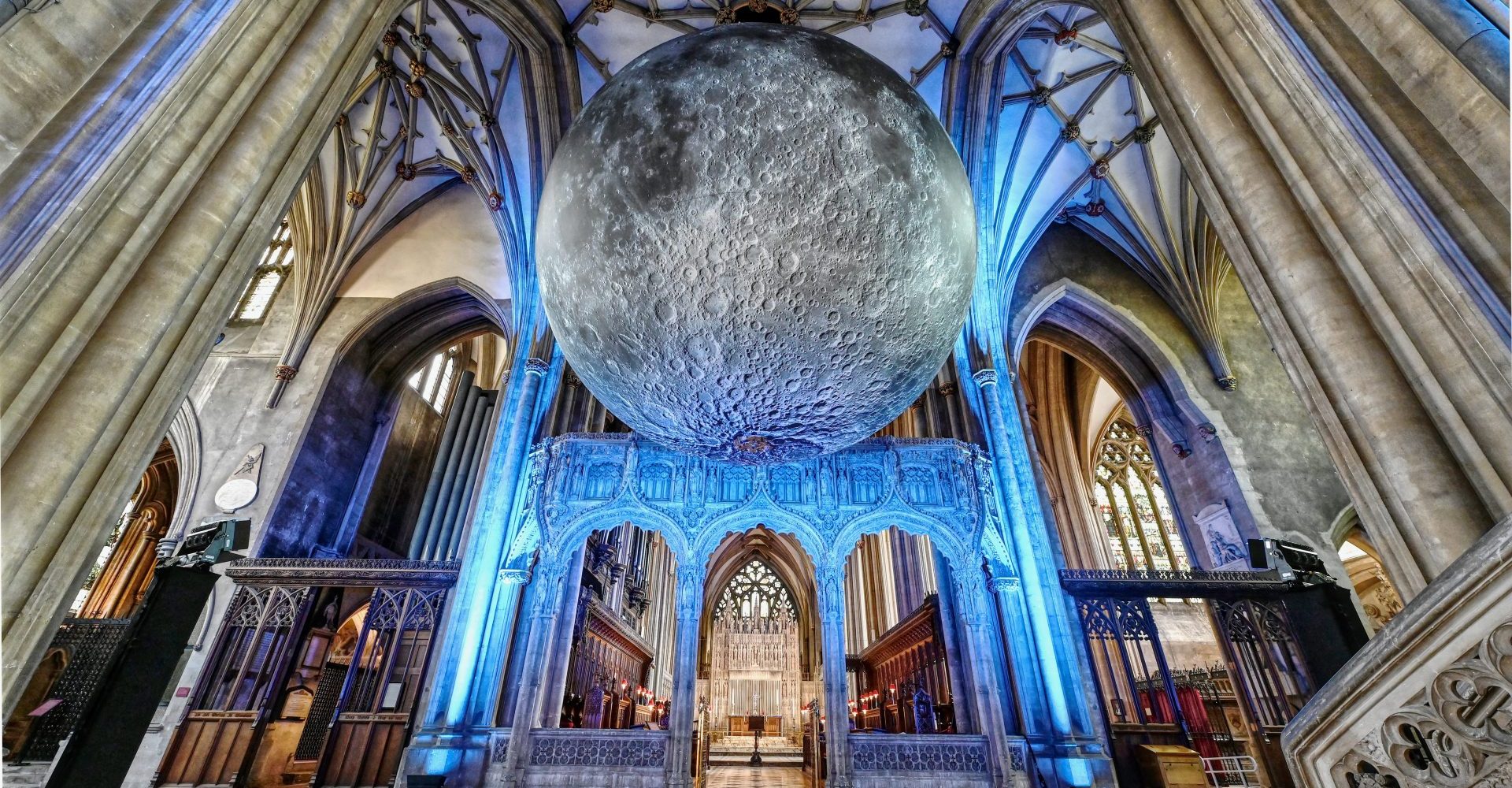 We Shine Portsmouth Returns in 2022

Following a successful launch last year, Portsmouth Creates is bringing back the popular ‘We Shine Portsmouth’ event from Thursday 17th to Saturday 19th November 2022. Visitors can see local and national artists light up the city for three nights of FREE art and light installations.

Opening on Thursday 17th November, visitors can brighten up their Winter by wrapping up warm and soaking up the sights as the streets and buildings of Portsmouth are illuminated with art across the city. St Mary’s Church, Fratton will once again be a hub of attractions after Heinrich and Palmer’s Ship of the Gods drew tens of thousands of people to the area last year.

This year, Luke Jerram’s Museum of the Moon will make a captivating centrepiece as the impressive seven-metre-wide floating moon lights up the church and immerses audiences with its detailed 120dpi NASA imagery and a surround sound composed by BAFTA and Ivor Novello award-winning composer Dan Jones. Having toured the globe from featuring at the Commonwealth Games in Australia, to the Bejing Watercube and appearing above Strictly Come Dancing dancefloor, we’re thrilled to announce its next stop will be We Shine Portsmouth! The churchyard will also have plenty to see with giant colourful We Rise sculptures and more.

In addition, visitors will be treated to two new zones – Hilsea and Paulsgrove as part of Portsmouth Creates’ efforts to bring art to all corners of the city. Witness the chalk cliffs at Paulsgrove lit up with a series of laser shows from community and dance groups and join the fun on our interactive stage. Alexandra Park in Hilsea will be transformed into a magical destination with a large-scale interactive projection by award-winning multimedia design studio Limbic Cinema complimented by light installations designed by local artists.

Due to popular demand, visitors will once again be given the rare opportunity to visit Victoria Park after dark and be enchanted by a series of illuminated art pieces including a fairy garden, bug lanterns and curious creatures giving the park a magical atmosphere. Visitors will also be able to see Unfurl by Air Giants. A dreamscape of interactive gentle giant robots made from fabric and air that tower up to five metres high. Nature, art and technology have combined to create something spectacular.

To add to this there will be huge painted murals, large-scale light installations, dance performances, a lantern parade from Fratton Big Local, celebrations at the Commercial Road Christmas light switch on and much more to see as visitors stroll across the city.

A spokesperson from Victorious Events said; “We are delighted to be back on board supporting Portsmouth Creates to deliver Shine Portsmouth. Portsmouth has so much home-grown talent and it’s great seeing communities and local artists come together and get creative for this awesome annual event.”

We Create Market will be making a comeback with its Christmas edition! Brimming with talented local makers, designers, and artists the popular pop-up market well-known for utilising urban spaces will return to Pitt Street Skate Park (The Old Sainsburys building) near Commercial Road. Open for late-night Christmas shopping from 5-9 pm on Thursday and Friday, 10-9 pm on Saturday and 10-4 pm on Sunday, it’s the perfect place to stop and shop local in time for Christmas.

Billie from Portsmouth Creates, the arts group behind the event and the popular We Create Market have said;

“After the success of the opening edition of We Shine Portsmouth with thousands of attendees and some great press coverage, we are thrilled to be back this November. Providing opportunities for talented local creatives to quite literally shine a light on the city, engaging community groups in free creative and cultural activities and showcasing the vibrant cultural scene in Portsmouth is what we set out to do. This year we’re growing and are delighted to have expanded to parts of the city that are often overlooked when it comes to events with some exciting installations planned for Hilsea and Paulsgrove. Once again, we’re lucky to be supported by a fantastic host of people from Portsmouth City Council and the team behind Victorious Festival to help make this new Winter staple event go from strength to strength.”