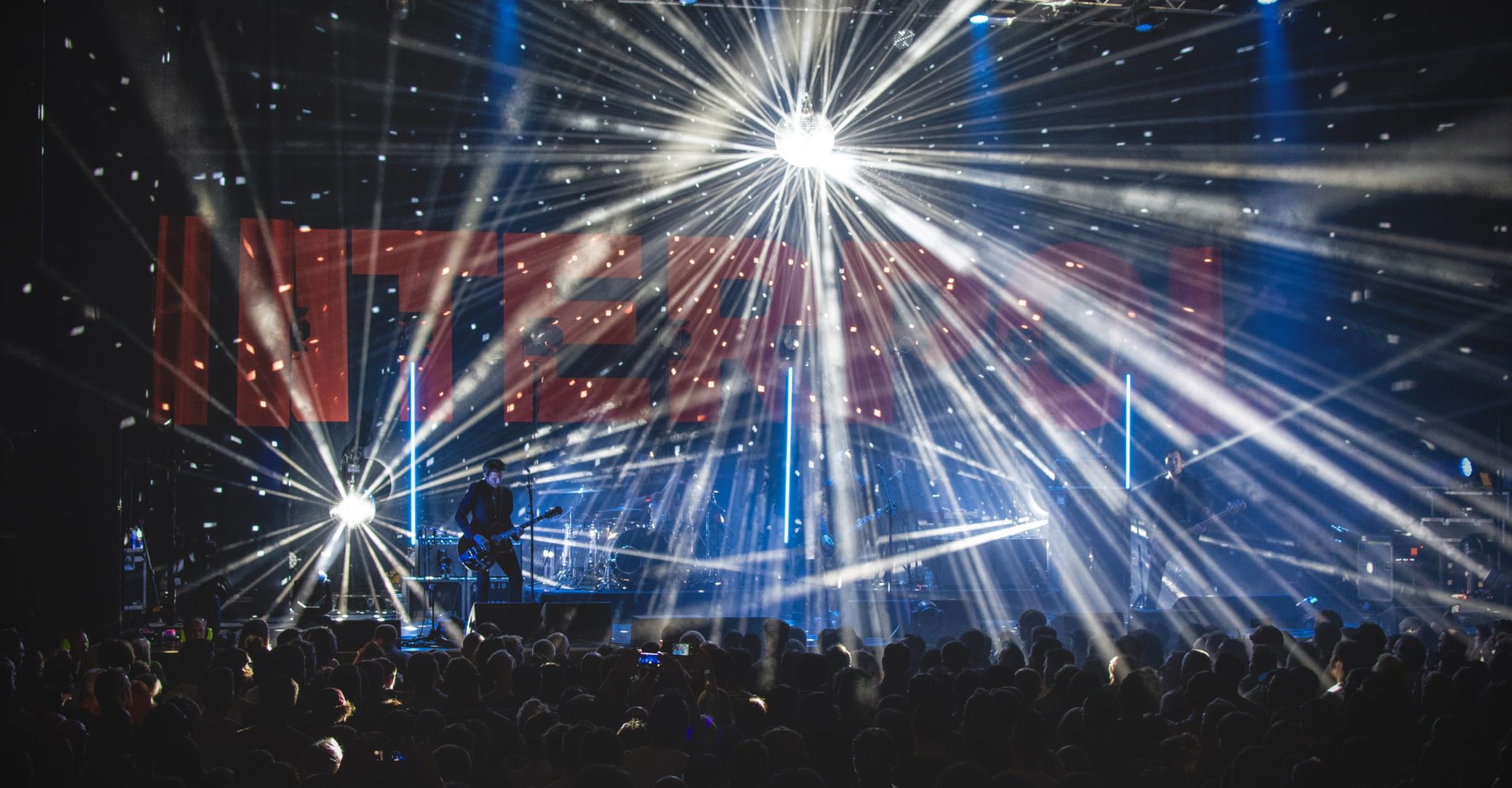 It had been more than ten years since I had seen Interpol live. But this year I have had the opportunity to see them twice in the space of a month. The first was at All Points East where the band set out on their European tour, finishing up with a spot at Glastonbury.

So when the chance came up to see them again at the Brighton Dome I couldn’t resist.

Kicking off with ‘Pioneer to the Falls’ under the cover of darkness, the perfect song to open a set with, before launching into ‘C’mere’ when the stage burst into light, fragmented across the crowd from a disco ball overhead. There was little time to pause while the band rattled through their most popular songs, with a heavy emphasis on their early albums.

It was songs from Turn on the Bright Lights that got the crowd moving, clapping and singing along. Even the stage set up was very reminiscent of that time, with the band playing under tall lights and their name in thick red letters.

Marauder has been a return to form for Interpol and new songs such as ‘Complications’ and ‘The Rover’ hold up against those much-loved songs such as ‘Evil’ and ‘Rest my Chemistry.’ But it’s ‘Slow Hands’ that gets the crowd jumping frantically again.

Interpol came back to the stage for a three-song encore. Starting off with the melodic ‘Lights’ off their self titled fourth album. Then ‘Obstacle 1’ that took me right back to the days of watching MTV2 and a video that helped to put the band on the map. Without letting the momentum die they played their final song ‘Roland,’ leaving the crowd ecstatic and satisfied.

Words and photos by Tom Benjamin