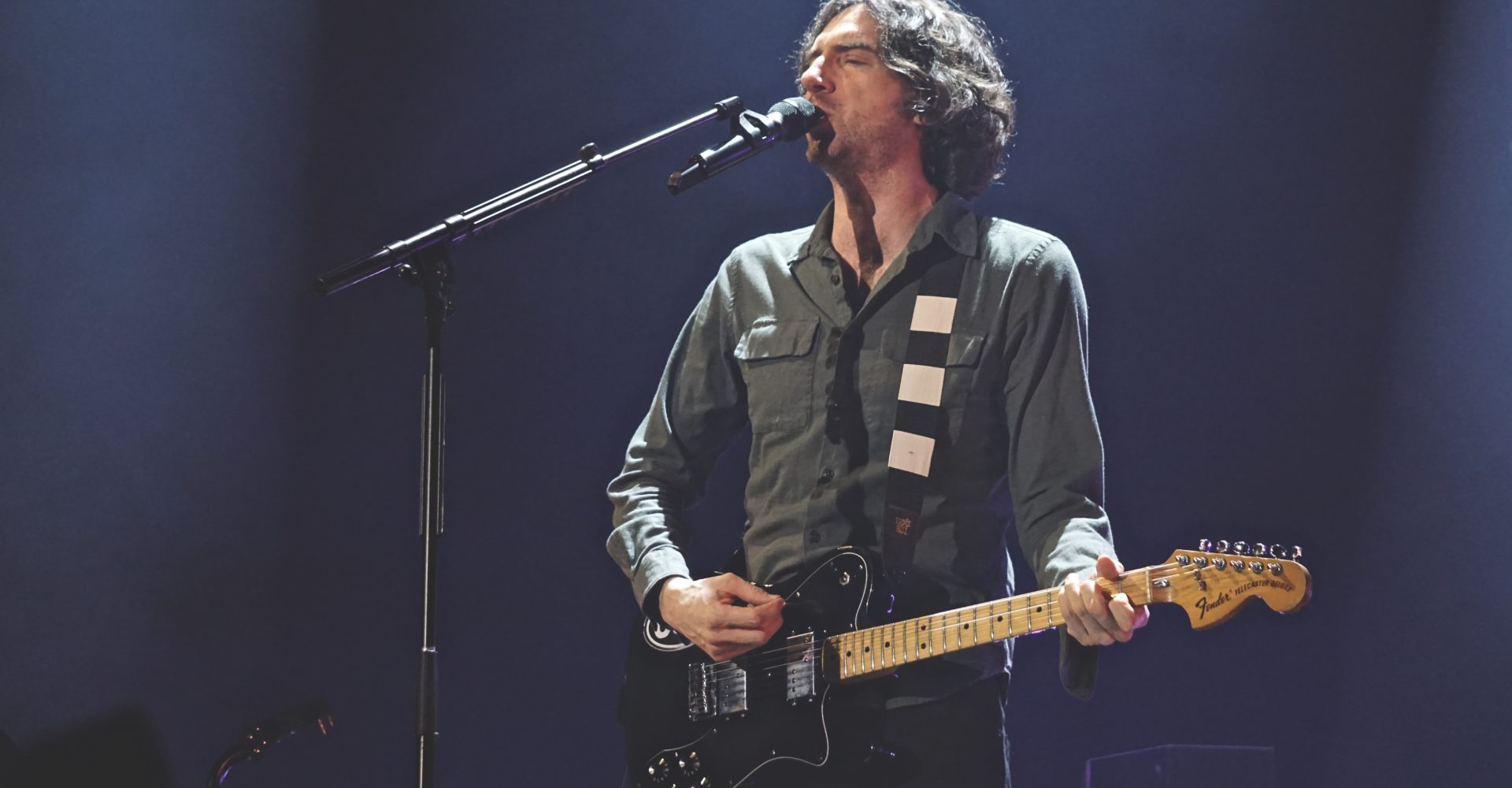 The last time I was lucky enough to see Snow Patrol was about a decade ago when they had sold out Wembley Arena as the culmination of their UK tour.  I was blown away by them then, so I was interested to see how they had grown and matured as a band over the last ten years.  I was glad that they were playing a venue the size of the Bournemouth International Centre, as I felt that it would allow them to showcase their new album, as well as some of their classic and well-loved songs.

Snow Patrol were supported by Roe, who won the “Best Emerging Artist” at the 2018 Northern Ireland Music Prize.  Her musical style was phenomenal, which the whole audience loved and I can only see her going from strength to strength in the future.  After her came Kodaline, who played a great set with all of their classic songs, as well as their current hits.  I have not heard much of their back catalogue prior to this gig, but feel that they are well worth a listen to if you haven’t already.  The audience were really enjoying all of their songs, but when they finished their last, you could feel the sense of anticipation rise for the main event!

Snow Patrol have been around for 25 years, with a back catalogue which contains so many massive hits and moment defining songs, that must have been quite an expectation from the crowd for what they were wanting to hear.  They had taken a break from the music scene for about six years due to personal reasons, so this gig was even more important for them as well as their fans.  Any doubt that they were not going to live up to everyone’s expectations disappeared the moment that came onto the stage with rapturous applause from the crowd, then went straight into their classic “Take Back The City”.  You would have had no idea that they were returning after such a hiatus, as you could see that they had such a passion and energy from the very off, with the whole band jumping around the stage putting everything into the show.  The crowd were instantly lifted as if they were all drawing off his energy and sending it straight back to him.

Once their first song came to a close, they went straight into another hit of theirs, “Final Straw”.  This was a very full on start to such a big gig, but it was exactly what the sold out crowd were wanting to hear.  Every single note from the band was hit perfectly and every single word was sung just right, that it all just felt like a very polished and tight gig, which reminded me of when they were at their peak when I saw them in Wembley.  The lead singer Gary, let the crowd go quiet after finishing the second song, so he could thank them all for their support tonight, but then over the years.  I’ve never heard such a polite front man, who engaged so well with the crowd and who you thought genuinely felt what he was saying from the bottom of his heart.

You could sense that the crowd were really getting into the gig and when the first notes of “Open Your Eyes” were played, Gary was almost drowned out from the entire crowd singing every word back to him.  For a lot of the song, he allowed the crowd to sing it all for him, which sent goose bumps up and down your spine!  This was followed with “Run”, where it felt that every single person in the crowd had doubled their efforts and were almost drowning out the whole band, let alone just the singer!  At this stage, all I could think was that I couldn’t remember a gig that I’d been to where the atmosphere was as good at this one, nor where the rapport between the crowd and the band had been so strong.  I guess that’s what happens when you have extremely loyal fans for the past 25 years.

Things slowed down at this point, as they started moving into some of their more moving songs, starting with “You Could Be Happy”.  A sense of peace and quiet swept over the entire auditorium, as the word of the song washed over peoples’ ears, bringing back memories and feelings.  You could picture the pain and anguish that he’d been through to give him the inspiration to write such a moving song, which was delivered in every emotion filled word.  You couldn’t help but be moved by it and I found myself having to blink back then wipe away some of my own memories that rolled down my cheek.  Gary then paused the gig again to talk to the crowd about their next song which was “Life On Earth”.  He gave a bit of insight into the story behind it, where it had been 5 years in the making.  He said that it had become all-consuming and it was only when they had finished it that the band came back to life, as they had been experiencing a complete mental shutdown while it was being written.  He then said that it was this song that has brought them all back to life, back to feeling normal and feeling happy again.  The song itself was beautiful, especially when accompanied by the visuals of space behind them.

The band then played “Make This Go On Forever”, “Shut Your Eyes” and “Chasing Cars”, as well as a number of their new songs off their album, with the crowd loving and hanging off every single word and note.  Again the band took time to converse with the crowd, with such a warmth and gentle joking rapport, that was so great to see.  They finished with “You’re All I Have” before heading off the stage, but you could sense that the crowd were not going to allow them to head home so soon!  It started off quietly, but built into a roar, with the whole crowd chanting to get them back on stage!

As it turned out, this wasn’t going to be your run of the mill encore!  A neon sign gave away what song they were going to start again with, as “What If This Is All The Love You Ever Get?” was shining brightly at the back of the stage.  Gary then asked a special guest to come onto the stage to introduce it, then revealed that it was actually going to be James Corden!  James spoke about the song and how this collaboration had come about, but then went on to describe it as one of the most beautiful songs Gary has every written, which is saying something!  Their duet was amazing and I was taken aback at just how good a voice James has.  He did complete justice to it and it really did live up to one of their most beautiful songs!  For their finale, they went for “Just Say Yes”, which had the whole audience singing their hearts out yet again.

When they went off stage for the final time, you could tell that every single person in the audience was going away happy and satisfied.  They had been brought on an emotional journey through the last 25 years of their music, which must have shaped and punctuated so many points in their lives.  I’m so pleased to see that they are back and still as great as ever, possibly even greater as they have had to learn from and conquer many battles that they have endure in the last decade.  I hope that you will continue to go from strength to strength and look forward to what the next 25 years have in store!

Words and Photos by Jon Gray