A couple of weekends ago, I had the pleasure of heading to Icebreaker Festival that takes place along Albert Road and Elm Grove in Southsea. Untainted by the vultures in the industry seeking the latest buzz band, Icebreaker’s charm and USP is that it mostly champions the unchampioned located within Portsmouth and the surrounding areas. A very cold day it was (it’s called Icebreaker, I guess) I got to see a handful of really great acts and thus, these are my highlights from said day:

Opening the day at Southsea’s favourite metal bar The Deco in truly bizarre fashion was Grief Daddy in shirts and ties along with the festival booker and a dancing bear who all then cut the ribbon and kick-started the festival. Regarding the actual music, punk meets electro hip-hop, new outfit Grief Daddy are clearly born out of the frustrations of modern-day Britain being under Tory rule and their visceral lyrical fury against the establishment and apathy within society is that of a band who actually have something to say. Sounding somewhat like Sleaford Mods but more cosmic, refined and also polite, in these truly desperate times of NHS cuts and the rise in need of food banks – bands like Grief Daddy stand upon the most important out there.

A bit later on, sounding somewhat like Rage Against The Machine meets modern day noise-lords Girl Band, Cltd Drp engulfed The One Eyed Dog with their cacophony of glorious, furious, glitch-filled punk. I’m really looking forward to seeing what the Southampton outfit do next and are certainly one of the more exciting new acts to come from the area.

Over at The Wedgewood Rooms popular Havant lot and Pie & Vinyl signings, Barbudo serenaded a very busy Wedgewood Rooms with their disco-fueled psychedelic pop sounds and were one of the highlights of the day for sure. At this point, clash-a-geddon was occurring with the psychedelic locals all being billed around the same time so sadly I missed Skinny Milk but just up the road at The Royal Albert were Number 9. Wall to wall with sweaty, eager bodies, Portsmouth’s latest psychedelic export Number 9 taken us all on a cosmic journey with their trippy, kaleidoscopic psychedelic rock akin to The Brian Jonestown Massacre meets The Byrds and Beatles.

The psychedelic sarnie wasn’t even anywhere near finished yet and straight after Number 9 came Portsmouth’s favourite adopted sons, Melt Dunes at The Wedgewood Rooms. Playing what was already their third festival of 2018 and fresh from a vinyl release on Fuzz Club, Melt Dunes melted many minds with their molten psychedelic meet krautrock sounds. Proving why they’re gaining a reputation as one of the nations fiercest live acts, Melt Dunes were certainly worthy of their busy Wedgewood Room sub-headline set and left nothing but delightful disorientation.

The final act of the day and fitting to headline Icebreaker were shoegazers meets psych-heads Is Bliss now signed to Club AC30 who re-emerged back in 2016 after hiatus. A very busy Wedge welcomed Is Bliss back who created an epic wall-of-noise that crushed The Wedgewood Rooms. A reverb-soaked riot giving nods to their influences from The Jesus & Mary Chain, early Verve and MBV, Is Bliss have been spearheading the shoegaze and psychedelic revival within the city for some time and look to be going from strength to strength.

That one-two-three-four psychedelic ending combo of Barbudo, Number 9, Melt Dunes and Is Bliss that also highlighted the ever-growing psychedelic scene in Portsmouth, was a joyous, heady pleasure and a truly great way to end the day at Icebreaker. 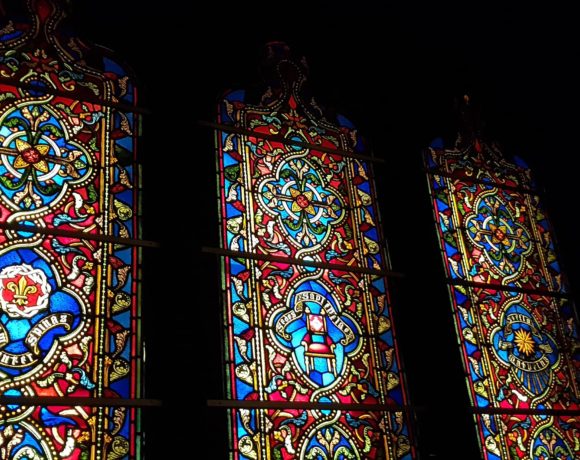