Gig Review and Interview: Is Bliss at The Wedgewoo... 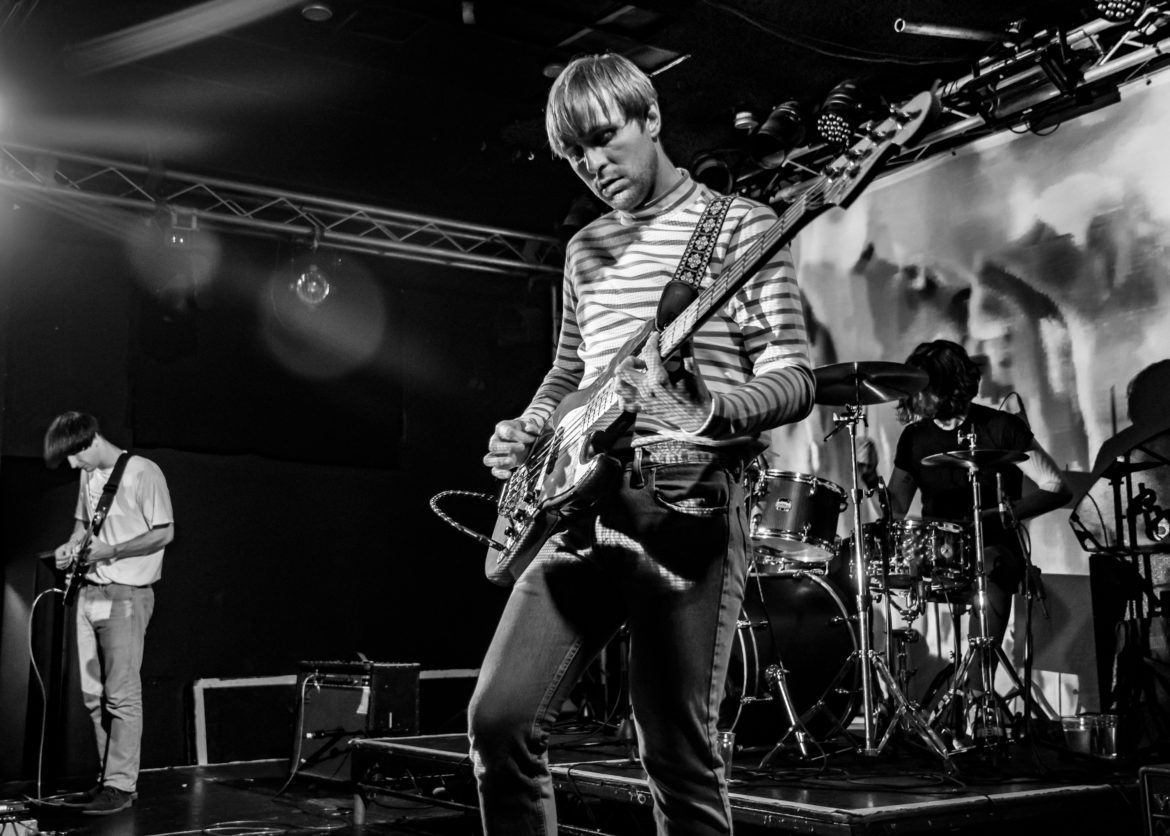 Portsmouth’s Psych rock favourites ‘Is Bliss’ opened their UK tour with a hometown gig at the Wedgewood Rooms on Saturday (31st). The gig had originally been scheduled for the smaller venue, Edge of the Wedge, but due to huge demand it was moved to the bigger room, which was duly deserved for the lads.

‘Is Bliss’ first came to my attention a number of years ago when a friend suggested I give them a listen and since then I’ve been a solid fan, albeit this is the first time I have managed to catch them live for one reason or another. Their first EP ‘Velvet Dreams’ was put out in 2016 with their sound emanating vibes of early ‘The Verve’ and ‘The Jesus and Mary Chain’ in parts and it also played into my love of the sound of the sitar. The second EP, The Honeycomb Explosion’ followed in 2017 with the track ‘Alive – Baby Come On’ being a stand out track echoing vibes of a more angrier, aggressive version of ‘The Brian Jonestown Massacre’ tune ‘Anemone’. Much to my surprise at the time, I’d seen that a friend of mine Brian Cannon had designed and produce both the EP covers, for anyone that knows about Brian’s work you’ll know he is the mastermind behind the albums sleeves and artwork for Oasis, The Verve and Super Furry Animals to name a few, which is a massive coup for the band.

Tonight’s gig saw two support bands; ‘Sea Levels’ were first up, with this being their first ever gig, not that you would have known. The band are heading into the studio soon to work on converting their bedroom demos, ‘Never Realised’ and ‘Automatic’ into releases. Sea Levels next gig is for Calamity Crate Diggers on 1st November supporting Japanese Television at the Wedgewood Rooms. If you can’t make that gig then be sure to check them out on Soundcloud. The Confederate Dead followed Sea Levels with pure noise! The London 5 piece are influenced by Joy Division, The Doors, The Brian Jonestown Massacre with a smothering of 60’s psych thrown in for good measure. The Confederate Dead are 5 albums in and are currently working on a 6th. Their tracks ’79, 52…’ and ‘Man Ray’ are a delight.

‘Is Bliss’ hit the stage to rapturous noise from the hometown crowd on a Saturday night and there was a great buzz about the venue. The stage backdrop an visuals were being provided by the awesome Innerstrings who is an absolute magician when it comes to visuals, You might have seen their visuals if you have been to Psych Fest at the Wedge over the last few years.

The lads launched with their dreamy album opener ‘Belong’ which feels like it takes you on a ride through the desert with Jimmy’s vocals spiking in parts to make sure you’re awake. Dean’s bass work on ‘Can’t Sleep Forever’ is reminiscent of ‘Slide Away’ by The Verve which for me makes it an instant favourite. ‘Alive – Baby Come On’ follows much to the delight of the crowd and a trio of EP numbers fill the middle of the set with ‘Truth’, ‘Inner Soul’ and ‘Someone’.

Towards the end of the gig, Jimmy decided he was going for a slight adventure into the crowd, which saw him being hoisted onto the shoulders of someone and lifted over the front of the crowd whilst Dean and Sam steadied the ship in his absence! After jumping back onto the stage the band continue the chaos by finishing up with a cover of The Stooges ‘I Wanna Be Your Dog’ with Dean and Jimmy well and truly in the zone bouncing around and going for it!

After the excitement of the hometown gig had settled I managed to catch up with Dean from the band and talk all things Is Bliss:

A home town gig to start the tour; how was that for you last night?

It was amazing, the reaction from the crowd throughout was great and really gave us a buzz we could feed off! A hometown crowd never lets us down!

You usually see bands end tours with gigs as near to home as possible; what made you choose Pompey first?

We always know Pompey is going to be a good time, so where else better to kick things off and start on a buzz!

What other towns/venues are you looking forward to playing on the tour?

Manchester for sure! For us, Manchester is almost a second home. We get the same turnout and reaction from crowds there. It feels like they have really taken to us in Manchester and the shows just seem to get better every time we play there!

You released your album in June of this year which was well received and supported by BBC 6 Music; how did it feel to finally put an album out after the releases of the two EPs?

It was a good feeling to finally get the album out, we had worked hard to get to that point after the release of the first two EPs. We were constantly touring the UK and Europe, road testing the songs and then when the time came to record we were very proud of what we achieved.

The two EPS, Velvet Dreams & The Honeycomb Explosion saw you collaborate on the artwork with Brian Cannon (the brains behind the album artwork for Oasis, The Verve, Suede, Super Furry Animals), how did this come about and what was Brian like to work with?

We have always admired the sleeve artworks Brian has designed in the past especially his work for The Verve and Oasis. The colours and effects of his sleeve designs were always something we took inspiration from. We reached out to Brian online and sent him over the tracks from the first EP prior to its release and luckily, he really enjoyed the songs and wanted to get involved and the same again for the second release. Brian was great to work with and really professional of course. Legend!

For those who are new to your music which three tracks would you encourage them to check out first?

I would encourage people to check out our album first, it’s the best representation of what Is Bliss are about as a band. The EPs were more of a learning curve for us, this saw us homing in on the true Is Bliss sound that we wanted to achieve. The EPs are more experimental with different genres. If we had to pick a few particular tracks of ours to check out then we’d have to go for: ‘What to Believe’, ‘Can’t Sleep Forever’ and ‘Alive (Baby Come On)’.

What bands and artists are you currently listening to and how are they inspiring you to explore and implement new ideas with your music?

I could list a lot of bands that have influenced us to make music but I think we draw more influence in wanting to do what we do from some of the cool bands we are lucky enough to play shows with and call friends who include; The Confederate Dead, Purple Heart Parade, Flyying Colours, Dead Rabbits and Air Formation, to name a few!