It has been a surreal year already for Strong Island Recordings since the debut release for the label from Arrows of Love a little over a year back and for a long while we have mulled over a compilation release, being able to assemble a plethora of acts we love and have them highlight the eclectic sound of the label.  Strong Island Recordings doesn’t aim to have a distinct ‘sound’ but rather highlight quality music: Post punk, surf, shoegaze, garage rock, psychedelic, pop, indie and so forth, the aim isn’t to be classified into one sound, the identity of the label is to showcase the music that we love and hopefully others will do too.

That being said since before Easter we have been compiling an assortment of tracks from various artists from Sweden, London, Hull and back to Portsmouth and Southsea. Quality over quantity was the intention and s0 we are very pleased to announce our first ever compilation – ‘Treacherous Tides Volume I‘ which is ten glorious tracks celebrating our inaugural  year as a record label which is out TODAY.

Treacherous Tides Vol. 1 starts off with psychedelic/shoegaze wizards Dead Rabbits with ‘God’ previously unreleased bringing hazed out vocals and whirling guitars blurring the lines between doom laden psychedelia and shoegaze. The second track ‘Touch’ on the compilation is blissful, sun drenched shoegaze from Swedish outfit Westkust who we immediately asked to be a part of the label on first listen. Next up is Strong Island Recordings’ own Yoofs with ‘Hazy Days’. Euphoric and alluring ‘Hazy Days’ reflects the duo’s earlier sound, surf and shoegaze. With the compilation titled ‘Treacherous Tides’ Yoofs ‘Hazy Days’ is the blissful calm before the storm.  The fourth track on the compilation ‘I Can’t Stand’ comes from closer to home, Portsmouth’s own one man machine (and his machine) The Boy I Used To Be. Edward sent this over as soon as he finished the recording and 30 minutes later we had signed the track to the compilation. It’s great to showcase the premier talent close to our homes and ‘I Can’t Stand’ in the vein of Cloud Nothings, Unknown Mortal Orchestra and Kurt Vile is a joyous lo fi pop gem. ‘Matthew’ from Tyrannosaurus Dead (recently in the NME as one’s to watch and also played our Southsea Fest stage and our first ever London show) bring their brilliant fuzzed out, indie pop sound previously released on the amazing Odd Box Records. Boneyards return to the label following the ‘Rest In Beach EP‘ with Vega Chain (also on the Herion Skateboard’s Video Nasty soundtrack) which is an eccentric, psychedelic surf  rock track in the realm of an acid trip. The seventh track comes from the Thee mvp’s with ‘US Airways’ which is four and a half minutes of garage rock at its finest, Parquet Courts meets Ty Segall and The Cramps. If there was a riot party on a beach then ‘US Airways’ would be the soundtrack. Hull’s biggest kept secret Honeycomb Bones‘ ‘Keep Your Fever’ is smutty garage rock/pop with fuzzed out guitars, sleaze like vocals and a memorable chorus. It’s mind boggling as to why this duo isn’t more well known. Fallmouth’s The Red Cords continue the theme with scuzzy, surf styled garage punk with ‘Big Waves’ which was in fact a coincidence singing this track to the compilation and then the title being labelled ‘Treacherous Tides’. Last but certainly not least is Portsmouth’s newest duo, thrash combined with grunge and psychedelia, RickyFitts who are already one of the best live acts out there and we have their debut release with ‘Slouching Toward Nirvana’, expect to be hit with a tidal wave of sludge. It’s total mosh pit, party music. Keep an eye on this duo.

You can purchase the compilation on Amazon and iTunes now as well as numerous other download stores and is also available on Spotify. 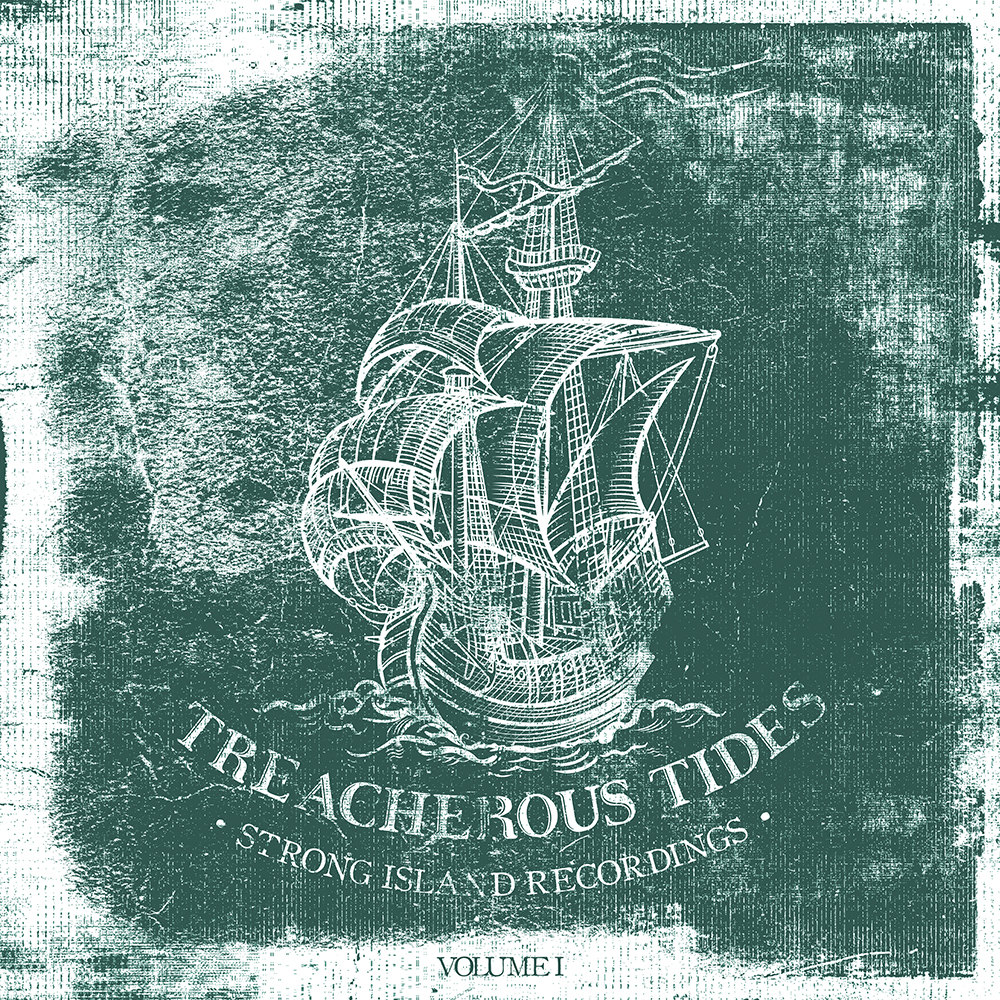 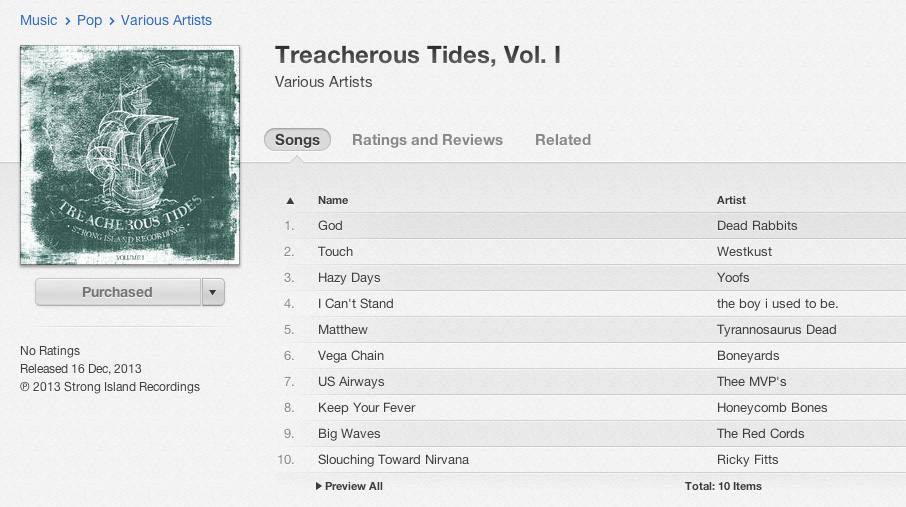