Jamie T has announced details of his forthcoming new album ‘The Theory Of Whatever’.

The announcement also included details of a nine-date UK Tour in November, with a date at Portsmouth Guildhall on 22nd, tickets go on sale Fri 8th July – Get yours from here.

The new album is the follow-up to 2016’s ‘Trick’ as well as the album of B-sides the singer-songwriter released in 2018.

Jamie T – born Jamie Treays – had some 180 songs written in the five and a half years since the release of his last album and admits he was struggling for direction for a few of those years. Bunkered in his East London home studio he wrote and rewrote, playing all the guitar and keyboard parts himself.

“I went home one day, and I found a track that I had recorded, pretty much finished. And I got really upset because I realised I’d spent six months asking other people to tell me if something was good. Then I heard this track and immediately knew I’d kind of found my path”.

That song is ‘The Old Style Raiders’ the first single to be realised from the new album, and is a lean, taut indie-rock anthem with a heads-thrown back chorus you can hang your hat on (“toe the line! / Hard to find! / Told to fight for something you love in life…”). “It’s got hope in it” answers Treays when asked what makes ‘The Old Style Raiders’ his album’s opening statement.

Produced by Hugo White (former Maccabees guitarist), the song was a pathfinder, a direction forward for a boundlessly productive artist who will freely admit that, for a minute there, he lost his way creativity. From there, he drilled down and focused on 12 vital, sharp, melody-rich, spikily provocative, visual and narratively expansive tunes that make up ‘The Theory of Whatever’.

Some early stand out tracks include ‘Keying Lamborghinis’, recently released ‘St George Wharf Tower’ that takes a poke at the infamous ‘Vauxhall Tower’ (“Vauxhall high-rise life”, “Are you living in the clouds or the A3205 / Its hard to say but I hope you’re happy now”) and ’Sabre Tooth’.

‘The Theory of Whatever’ is due for release 22nd July and can be pre-ordered from: Jamie T Store

Jamie T has been away, but now he is back and he has a lot to say. 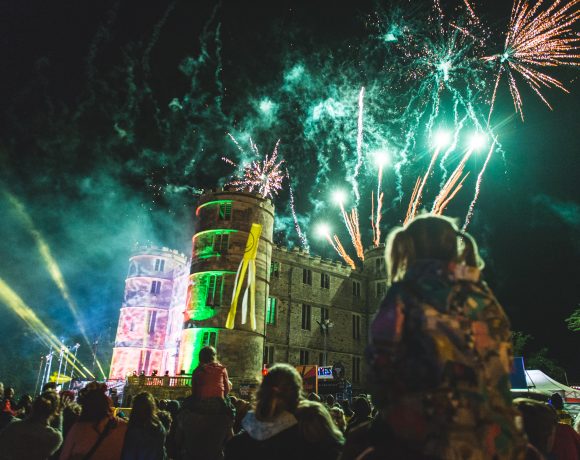