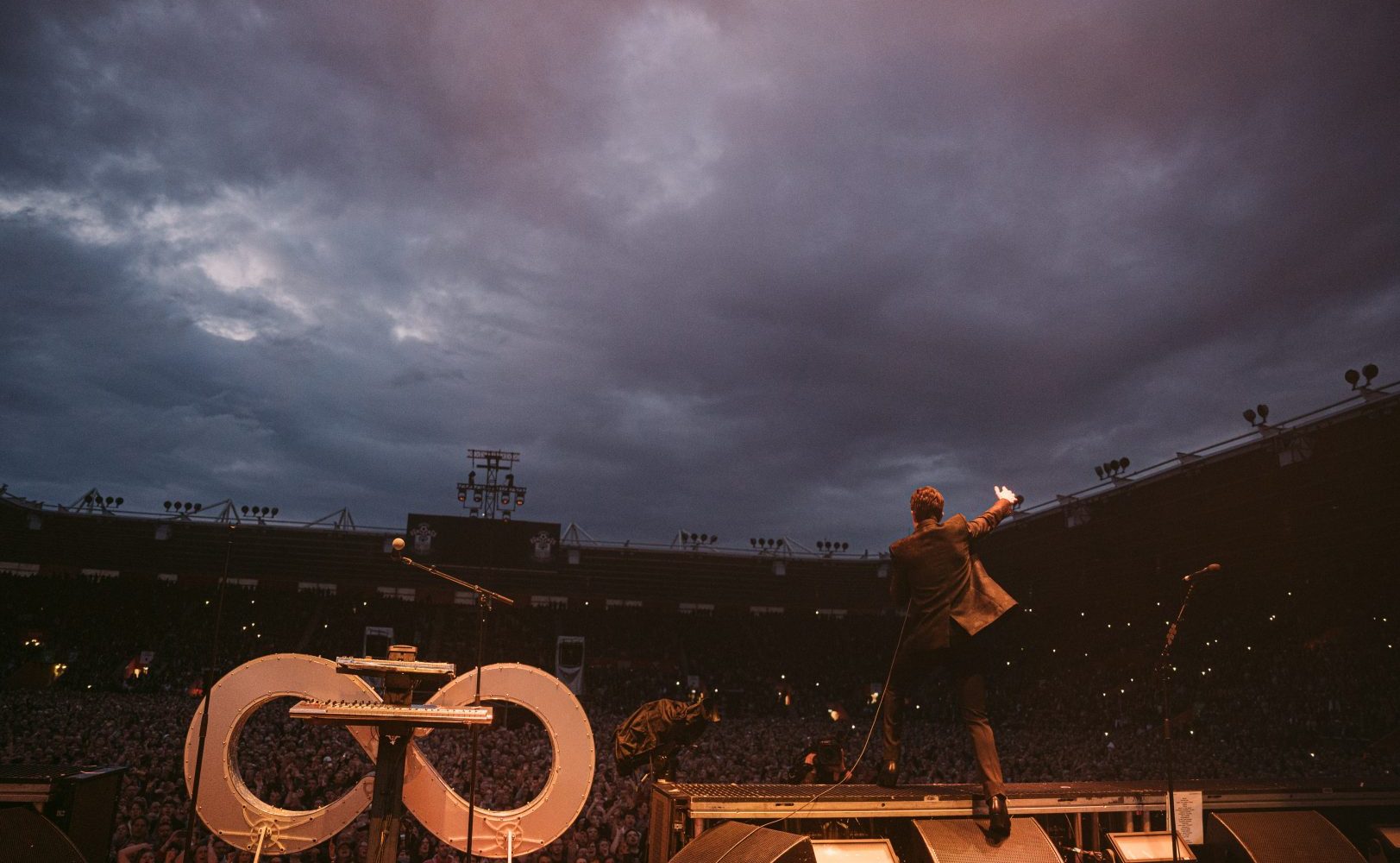 This was one of the first gigs that got hit with cancellations back in 2020, which ended up becoming the new norm for live music. Thankfully, those dark days seem to be behind us, something that was acknowledged by the frontman Brandon Flowers when he proclaimed that “Ain’t nobody isolating tonight! This is a super-spreader event. We’re spreading peace, we’re spreading love. We’re spreading rock and roll!” The Blossoms got the evening underway, with songs going all the way back to their first album, being warmly received by the ever growing crowd. Your Girlfriend got the crowd singing along, which was followed by At Most A Kiss and Smashed Pianos, before bringing their set to a close with the crowd favourite Charlemagne. Tom Ogden signed off the set by bigging up The Killers, bringing another roar from the crowd, full of excited anticipation! The anticipation that grew was rightly justified, as when the first notes of My Own Soul’s Warning went off with a literal bang, confetti cannons showering the entire crowd, it marked the return to the stadium stage, where they rightly belong! The energy that Flowers had was accompanied by a mesmerising magnetism, that drew you in and enveloped you from the moment he opened his mouth to utter the first lyrics. This flowed straight into Exitude without even pausing to take a breath, then into the first of the proper crowd favourites, When You Were Young. This got the whole crowd jumping, with everyone singing along at the top of their lungs! The singalong continued with Smile Like You Mean It and Shot At The Night, before one of the highlights of the night, Human, took things up another level! The digital backdrop which had been changing for each and every song, suddenly developed into a mosaic of dancers, perfectly mirroring the song itself.

The energy was kept at this frenetic level for Somebody Told Me, before being slowed right down with In The Car Outside, Runaway Horses and For Reasons Unknown, before he spoke with the crowd about the loss of his mother, then poignantly singing A Dustland Fairytale. The crowd responded by joining Flowers in song, which gave Read My Mind and Dying Breed an extra dimension that he really looked like he appreciated. The set was rounded off with All The Things That I Have Done and Caution, which was punctuated by Flowers musing about how he worried that the UK may not have loved his music, but the last 18 years had proved otherwise! After a brief pause, the encore provided another of the ubiquitous classics of Spaceman, before ending the night on a massive confetti and streamer explosion of a high with Mr Brightside, which capped off the evening perfectly. Looking around, the smile on everyone’s faces put beyond any doubt that The Killers are one of the great stadium rock bands, that had just treated all their fans to a special return to greatness after a prolonged delay. I was blown away by the gig, loving every minute of the journey that they took us on with their songs and accompanying visuals. If you get a chance to see them, you will not be disappointed!