Gig Review: Wolf Alice at The .. 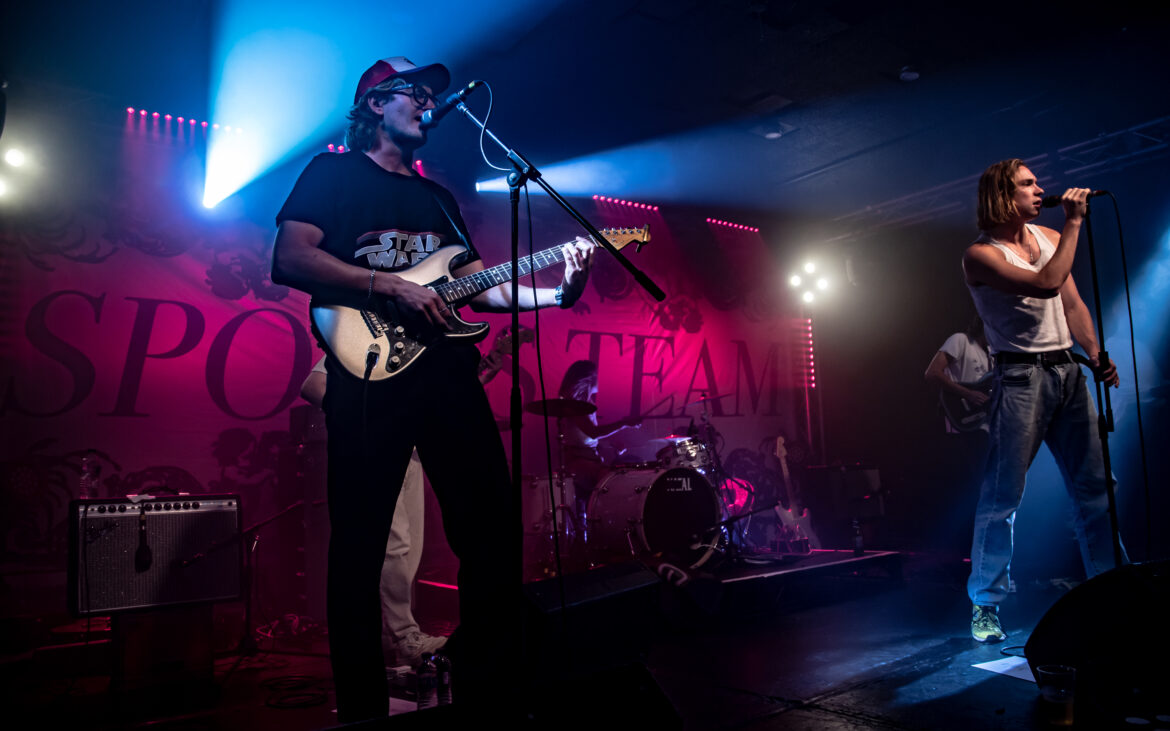 This gig felt like it had gone full circle from when I first saw Sports Team a few years back when supporting Hinds at the Wedgewood Rooms, something that lead singer Alex spoke to during the gig. You could tell from that evening in 2018 that the band had great potential to go and achieve big things and that they have fulfilled, playing sold out shows and with their debut record, ‘Deep Down Happy’ charting at no 2 in the UK. The album was nominated for the Mercury Prize and battled it out for the top spot in the charts but just fell short by a few hundred copies.

Sports Team have built up quite the following, in part due to their antics which include arranging bus trips to Margate for day long festival as well as creating WhatsApp groups with their fans. Having been described as raucous by some and chaos by others and from what I knew of the band, I was expecting the gig tonight at the Wedgewood Rooms to go off and in parts it did! The crowd were doing their part, bouncing off the energy of the band; I don’t think I have seen so many people up on shoulders at the Wedge at the same time (seems to be a thing at gigs at the minute or I’m just showing my age!).

In the space of just over an hour, the 6 piece flew through the majority of their back catalogue including M5, Fishing, Here it Comes Again and threw in an encore of Kutcher and Stanton for good measure!

Sports Team have just headed out on their rescheduled UK Tour and will be playing the following dates: