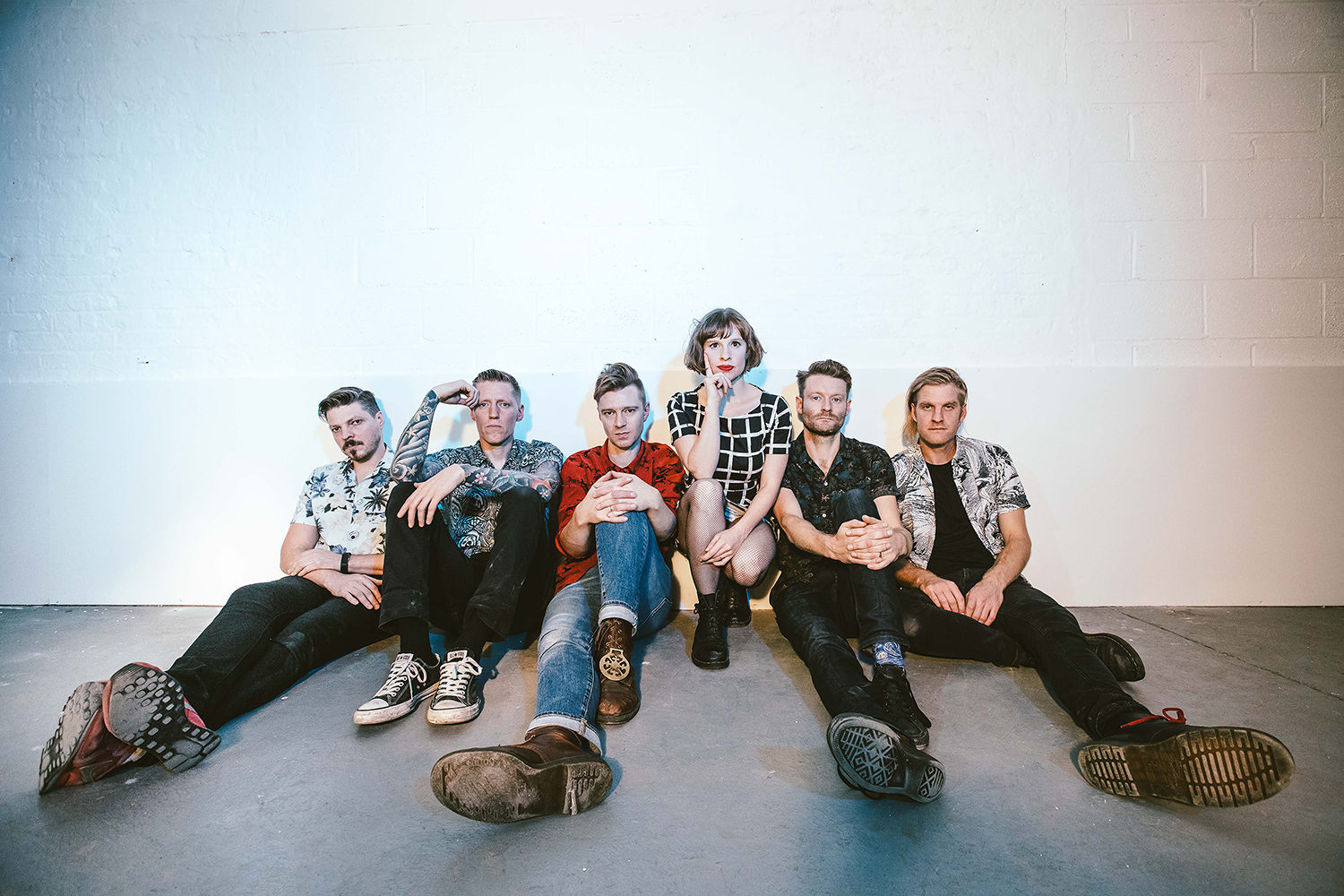 Since 2009, Skinny Lister, have never done things by half measures. Passing the growing flagon of their experiences with every album and tour, they’ve led an endless parade gathering fans old and new, from the respected folk circuit to the riotous Download Festival, igniting pogoing mosh-pits at each. Over the past ten years they’ve travelled from rain-soaked London to the vast arteries of the USA, upgrading from narrow boat to Salty Dog Cruise, played huge tours across Europe and North America with Frank Turner, Dropkick Murphys and Flogging Molly as well as headlining themselves across festivals, sweatboxes and ever-larger venues.

With three previous albums under their belt, Forge & Flagon, Down on Deptford Broadway and The Devil, the Heart & the Fight, the band have explored a lexicon of tastes through a whirlwind of adventures across the globe. And in 2019, Skinny Lister will open an all-new chapter as they release their fourth studio LP ‘The Story Is…’. We have been fortunate to chat with Lorna Thomas before they visit Southampton’s 1865 on March 2nd as part of their UK tour.

Could you tell me about how you initially got involved with music and who influenced you most?
I grew up in a very musical family with my dad writing songs and performing in the local Leicestershire folk scene. Most of his friends were musicians and my brother Max (also in the band) was also a keen musician. It took me a bit longer to realize I had an interest in performing. Namely, when Max said he learned the melodeon so he could play folk tunes with my Dad, I felt a bit left out so when I moved in with Max in London, I picked up the Ukulele and started to sing. We formed an Appalacian Folk Band, got dressed up in respectable clothes and played in pubs, house parties & even an S&M club! I really loved the fun that came with performing, the places it took you and the people you met (as well as creating the music).

Could you tell me about how the band came to be formed?
Following on from the previous question, Max was also playing traditional tunes with Dan at more, shall we say, demanding gigs! Dan was writing modern stuff and liked the chemistry we had in our Appalacian band but thought it’d be good if we were more authentic singing English tunes and playing some original music. He was in musical projects with Mule, and they lived next to a pub in Greenwich where they sang the sea shanties that Max and I had heard my dad singing during our upbringing on the Leicestershire folk scene. The rest is kind of history!

Can you describe how you felt whilst after you’d released your first single?
Haha! Signing to our first record label Sunday Best, I thought we had made it in the biz! It was a brilliant feeling. I only really joined the band to get into festivals for free. I knew we had something by the reactions to our shows. I loved it when someone who wasn’t a mate showed up to a pub where we were playing. That was, and actually still is a great feeling. Releasing the first single was great because we released stuff on 7” vinyl. We did everything we could to make them unique. We designed the artwork, hand-stitched denim covers, had a name tag for Skinny Lister made and wrote on each one an edition number. Blood sweat, tears and a whole lot of love went into those babies!

For those who are new to your music which three tracks would you encourage them to check out first and why?
‘My Distraction’ because it’s our latest single and reflects where we’re at as a band at the moment. Well kind of. The forthcoming album is very eclectic in terms of its musical influences. We haven’t felt bound to develop a certain sound and stuck with it. Mainly because it’s great to take a listener on a journey when listening to an album (and believe me, a lot of thought has gone into the track listing) but also it helps us stay interested as a band on their fourth album. I don’t want to make an album that sounds exactly like the last one, just with songs that aren’t so familiar. We want to keep it interesting. Speaking to a journalist about it previously they said they felt a whole array of different emotions when listening to it and we like that!

This Is War gives you a good sense of the live show, mixing elements of The Pogues & the Clash. It always sounds massive when the crowd are hollering that back at us.

But it’s not all pedal to the metal. Bonny Away shows our softer more folky romantic sound. A song about two young lovers who run away to marry in Gretna Green. After there’s a bit of a mosh pit for ‘This Is War’, having the crowd go quiet and sing the chorus of this ballad back to me is rather special too.

How do you feel when you share your music for the first time? Do you prefer to share new music live where you can see the crowd’s reaction first hand or online perhaps?
Hmm. Not too sure. There’s something good and safe about letting people get to know the track online before coming to a show & they definitely flow better when the crowd are fully immersed in a tune they know and love. But then, that upfront assessment when you roll out a song for the first time live is also kind of cool.

What bands and artists are you currently listening to and how are they inspiring you to explore and implement new ideas with your music?
We listen to all sorts of music which you can see on our Spotify playlist ‘Skinny Lister’s Latest Listens’. Not sure if they necessarily directly influence the music we’re making but we certainly reference all sorts of stuff from Gwen Stefani through to Elvis Costello, via James Yorkston. Nothing is out of bands and it always comes out sounding like Skinny Lister in the end anyway!

While on tour do you get very much time to explore the towns and cities that you are playing?
We’ve been so lucky to travel all over the world but yeah, actually seeing the places we’ve visited can be tough! It’s great when you get a chance to do some tourist sightseeing though. If we’re in a town for long enough we sometimes ask fans on the socials where is good to go. It’s great to have that relationship with them. Another top tip is to ask the venue crew for recommendations on where to eat etc. A lot of the time when on tour though, the reality is you get up in time to jump in the van and arrive at the venue in time for sound check. When in the States we have a sleeper. Then it’s cool to wake up in a new city every day – not quite sure where you are and explore. First job is always to find the toilet though which isn’t so glamorous!

What can those fortunate enough to have tickets expect from your live show?
We put everything into the show. It’s a very energetic party. Dancing, singing & hollering. In return, we hope that that is infectious and that the crowd gives it back some. To help lubricate the situation we hand out a flagon of rum which has been with us since we started gigging at unofficial festival performances when we’d jump over the fence with our instruments.

What can we expect from you over the next twelve months?
Well, ‘The Story Is…’ comes out on 1st March. Our UK / Euro leg of this kicks off on 28th February which takes us through to mid-April. Then we’re over to the States again supporting the Bouncing Souls, doing some headline shows and ending in May at Frank Turner’s Lost Evenings III. Then we’re back in the UK for festival shows over the summer. Then we intend to hit some more towns that we might have missed on the first leg of the tour. It’s going to be busy that’s for sure!

You can catch them on the south coast on February 28th at Concorde 2 in Brighton and on March 2nd in Southampton’s 1865. Check the hyperlinks for info on tickets. 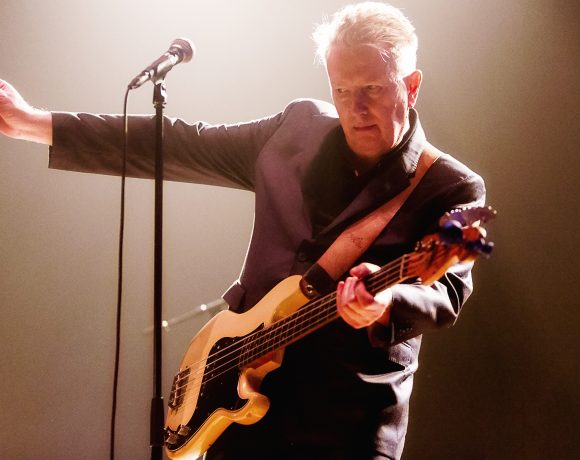 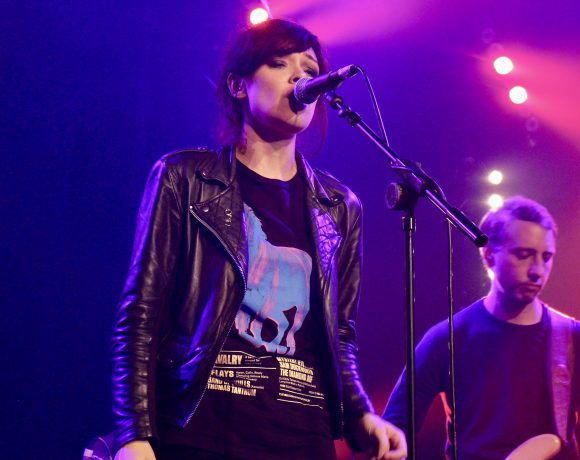