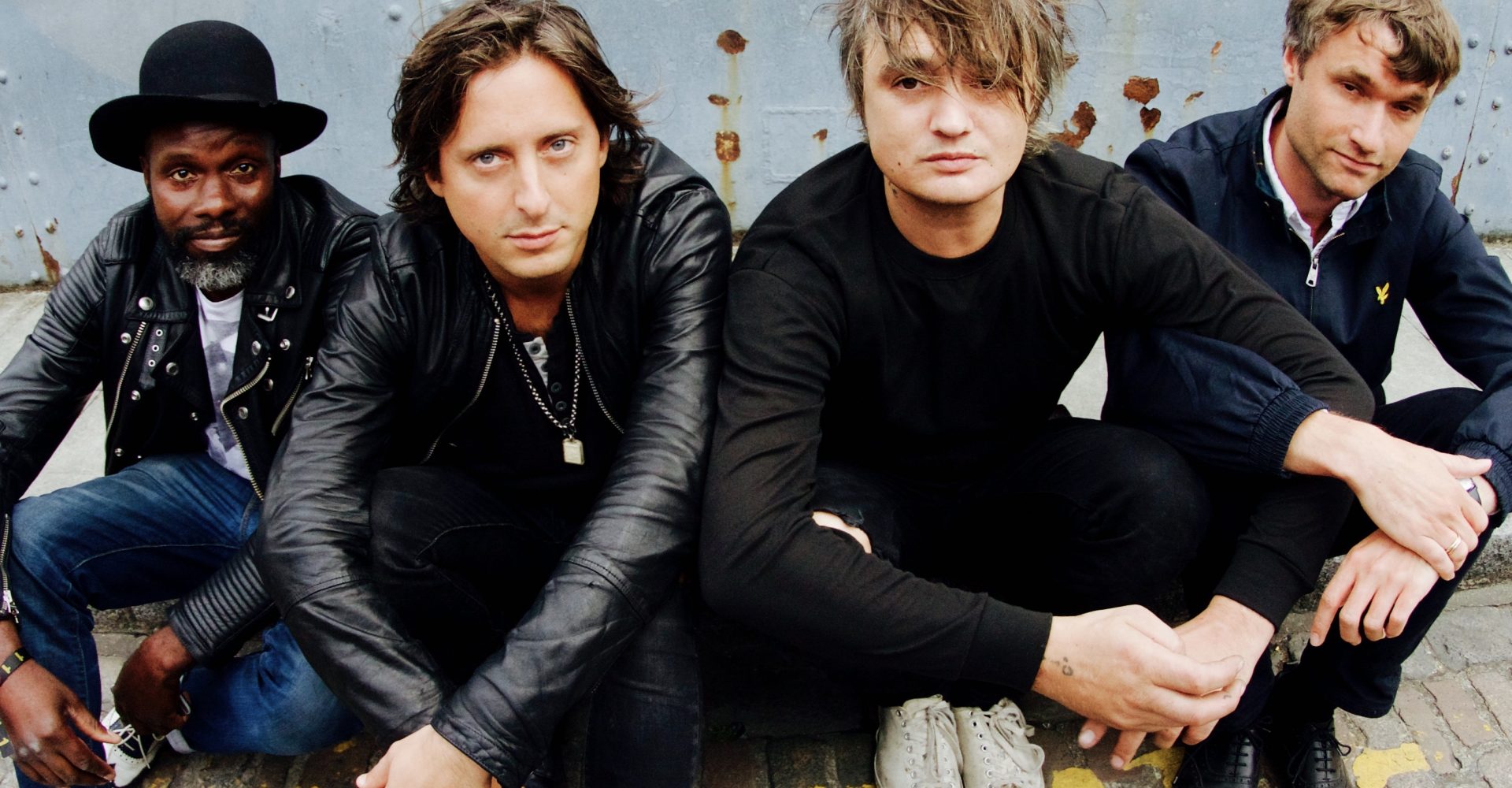 The Libertines have been no strangers to controversy over the years with Pete Doherty and Carl Barât’s volatile relationship forming an essential part of that. The Libertines bring their back catalogue to the Common Stage on the Friday evening of Victorious Festival for us all to experience.

The Libertines comprise of the likely lads of Doherty & Barât on guitars & vocals, John Hassell on Bass and Garry Powell keeping them all together on Drums. The band were born out of a flat in Camden Road in North London after gigging the circuit in London for a number of years along with guerrilla gigs in their own flat, they were eventually signed by Rough Trade Records in 2001. The emphasis for the band was to be based around the partnership of Doherty & Barât and their song writing capabilities.

The debut album ‘Up the Bracket’ dropped in 2002 and was produced by Mick Jones of The Clash, the album landed in the Top 40 but it was more about the exposure that the band were getting that mattered. I can remember seeing The Libertines all over the NME back when this was a paper that mattered and would be the first place I’d go to find out about new bands. Tours ensued whilst being the support band for Morrissey and also Sex Pistols. This album provided the soundtrack to my college and early University days and still gets played to death nowadays as well, timeless classic in my opinion.

With the new-found rock n roll lifestyle came a number of high profile fallouts between Doherty & Barât as I’m sure most of us will be aware – addictions, difference of opinions, and prison sentences were getting in the way of the band making music. Doherty was pursuing other past times whilst recording and playing with his new band Babyshambles. Barât and the rest of The Libertines continued to tour and saw out the rest of their dates. After a short stint in prison for Doherty (after burgling Barât’s flat) the band got back together to play some small gigs in London and enlisted Bernard Butler to produce the second album. Tension soon ensued with the relationship between Doherty & Barât again and also between Doherty and Butler; Butler soon left production with Mick Jones returning and Alan McGee coming in to steer the good ship Albion. The second album was recorded and put out in August 2004 and hit no 1 in the album chart. With relations still strained the band played their last gig in December 2004; Doherty carried on with Babyshambles, Barât pursued things with ‘Dirty Pretty Things’ and John Hassell appeared in a band called ‘Yeti’ (check them out if you haven’t done already).

A mini reunion occurred in 2010 with several festivals being played over a two-year period but no concrete plans to get the band back together full time. Another two years would pass until 2014 when The Libertines finally got back together with a run of shows in London including British Summer Time at Hyde Park. The third album followed in September 2015 with ‘Gunga Din’ being the single that proceed the release in the summer of that year. The album was toured in 2016 and subsequent shows have been played every year since across the globe.

Make sure to catch the Good Ship Albion when it sails into Southsea on the Friday of Victorious Festival!