'A Love Letter to Southsea on ..

“Instead of asking ‘Why?’, we should be saying: ‘Why not?’ That’s always been my attitude, from when I was a small kid. I don’t recognise those so-called boundaries. In music, you can do anything you want.”

As those remarks suggest, Tokio Myers isn’t a person who is terribly bothered by convention. The multi-talented pianist, composer and producer, who stormed to victory on Britain’s Got Talent earlier this year, is a man on a mission. Fusing the classical music he fell in love with as a young child with the beats and textures of the dance music he immersed himself in his teens, Tokio is a compelling example of what can happen when you throw away the rulebook.

Tokio’s is a pretty extraordinary story. Growing up in a household full of warmth and nurture, Tokio absorbed his parents’ Jamaican heritage through his dad’s extensive record collection, and the importance placed on perseverance, tolerance and looking out for others. Yet his childhood was also marked by the gang violence that dogged the north London streets he grew up among, and which at times threatened to lure him down the wrong path.

I was fortunate enough to catch up with Tokio during a rare break in his hectic schedule to find out more about his influences, his experience of Britain’s Got Talent and what you can expect from his upcoming shows in Bournemouth and Brighton later this month.

Could you tell me about how you initially got involved with music and who influenced you most?
My love for music originated when listening to my parent’s records. I used to spend hours sifting through my Dad’s collection of Reggae, Rock ‘n’ Roll and Jazz. My father then gave me a 2nd hand keyboard at the age of 9 which I became obsessed with from day 1, playing every day before and after school.

You speak honestly, and openly about the challenges you faced growing up in what you’ve described as a “rough estate” in London. How did that environment influence you and your involvement in music?
Before I developed a passion for the piano, my life could have gone two ways. The moment my Dad gave me my first keyboard at the age of nine, I was inspired to channel my energy into that. I haven’t looked back to be honest – I am very lucky.

I have to admit that I have been listening to you for a while now but I had no idea that you were involved in Britains Got Talent. What were your expectations before you took part in your first audition and did it change as the competition progressed?
To be honest I didn’t know what to expect going into the competition. My expectations didn’t really change as I got further in, only to keep improving and focus on the goals I’d set myself, which was to enjoy the journey, play music I’d be proud of and have fun with it.

What has life been like since you won the competition?
Busy! At times overwhelming, I have various musical projects on the go and it’s non stop, I wouldn’t have it any other way!

Before I developed a passion for the piano, my life could have gone two ways. The moment my Dad gave me my first keyboard at the age of nine, I was inspired to channel my energy into that.

How did it feel to play for the Royal Family?
Amazing! I have massive respect for Wills and Kate – very cool people – they are very down to earth and genuinely interested in what I’ve been up to – they’d done their research, I was super impressed!

For those who are new to your music which three tracks would you encourage them to check out first and why?
Hard to choose as I like them all for different reasons, whether it’s because they’re classical, cinematic or electronic, just depends what mood I’m in.

You can play a whole range of instruments, do you have a favourite and perhaps another instrument that you would like to learn next?
Piano has got to be my current favourite! In the future I’d love to take up the guitar. I feel like that could really add to my set. Saying that, I struggle to play all my current instruments at the same time!

You have recently recorded the anthem for the Commonwealth Games, are athletics and sports something that interests you?
Yes definitely. I am a huge fan of watching sport. I think this is because I have massive respect for the discipline and dedication that athletes and sportsman have to practice to be at the top of their game. As musicians we also have to be very disciplined to perform at our best. Sport is also often a very creative process in how athletes train. I often look at athletes as an inspiration for my own ambitions and approach, for sure there’s a strong synergy there.

What can those fortunate enough to have tickets expect from your live shows?
They can expect a live experience that is totally unique. My team and I have been working really hard on my live performance, really focussing on the technical aspect of the show as well as the musical. They’re in for a treat!

What does the rest of 2018 have in store for you?
After the tour, I will be back in the studio collaborating with some inspiring producers and artists which I am really looking forward to it! Hoping to release a second album later this year, then onto the summer festivals (who doesn’t enjoy those?!) followed by an Autumn tour, then maybe a holiday if there’s time, wishful thinking maybe, who knows!

Really looking forward to performing my original tracks alongside the covers – Pursuit of Happiness, Lotus Flower, Our Generation, it’s gonna be epic!

For information on how you can get tickets for his upcoming shows at The Brighton Centre on April 23rd and Bournemouth’s O2 Academy, just visit his website which can be found linked below. 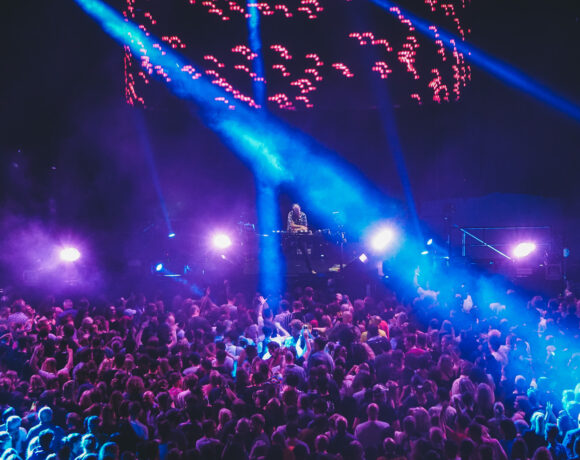 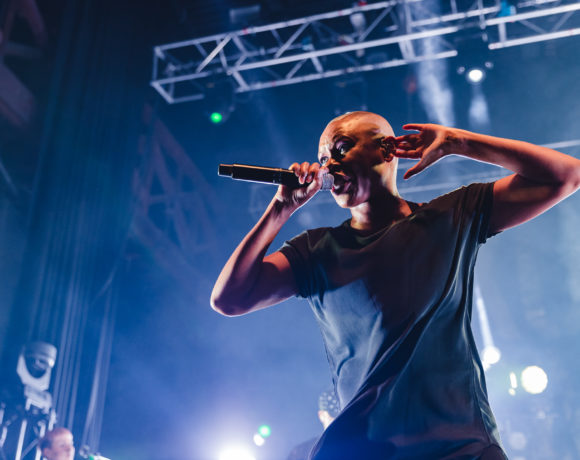 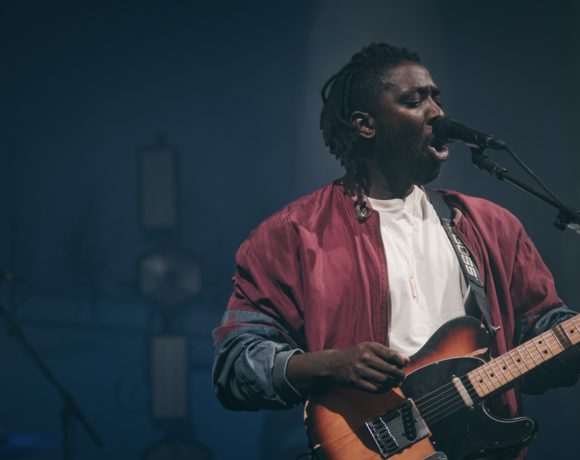