With it being a bank holiday this weekend it’d be rude not to have fun plans tonight. For those of you who like good music then I encourage you to head down to the Wedgewood Rooms to see The Octopus Project and a host of other awesome bands.

£6 entry and the finest way to spend your Bank Holiday Sunday!

Hailing from Austin, Texas, The Octopus Project is a bewilderingly exciting experimental pop band. They have been releasing joyous party music since 2002, all the while touring the world both on their own and as handpicked support for artists as diverse as Aesop Rock, DEVO, and Explosions in the Sky. They’ve earned a reputation as a band that creates exceptional experiences through elaborate multimedia experiments, lavish album packaging, and the intensity of their extremely fun, extremely loud live shows and we are delighted to have them as part of their European tour on this bank-holiday Sunday spectacular.

Blitz-pop purveyors Curxes are a sumptuous assault to the senses. A thunderously exciting combination of a harpy’s call, electronic acrobatics, pounding bass and thumping drum rhythms, with gothic tones underpinning the bombastic layers riding on top, Curxes are as infectiously catchy as they are ferociously intelligent. Check out and order new release PRECURXER on Bandcamp below.

Having only recently started playing live shows, the buzz already being garnered by Deluxe Flamingos“>Deluxe Flamingos is palpable. A euphoric mix of up-tempo explosives, shimmering electro-indie balladry and uproarious party stomps, Deluxe Flamingos are fast making a name for themselves as one of the most exciting acts the south coast has to offer.

With a new EP out on Pie & Vinyl Records and having wowed crowds supporting Oliver Wilde at his recent sold-out appearance at the Square Tower, The Boy I Used To Be create a shimmering, sun-soaked, drop-out sonic shower that drenches the listener in its warm glow. Lo-fi pop has rarely sounded so gorgeous or so right.

With a voice as likely to stir as melt, Eloise Keating creates ambient, electronic dream-pop. With jovial, tropical beats, brooding keys and atmospheric rhythms casting a shadow underneath Eloise’s powerfully enchanting vocals, it’s not hard to see why the likes of Rob Da Bank, Line Of Best Fit, BBC 6 Music’s Tom Robinson and Amazing Radio have all taken notice of the promising songstress.

Three-piece Popobawa are a gloriously colourful amalgamation of spritely tropical-pop, baggy indie and spaced out dub. A curious blend to make one’s heart flutter and eyes wander. Sitting somewhere warm by the schoolyard with Julio and Giuliani, PopoBawa’s eclectic electric stew is a delicious joy to behold.

Aaron Udy will be DJ’ing post-bands with relentlessly talented skills on the decks comes Under Your Nose and Kiss My Bass ace Aaron Udy playing a plethora of electro goodies until late alongside PJ from Deluxe Flamingos. 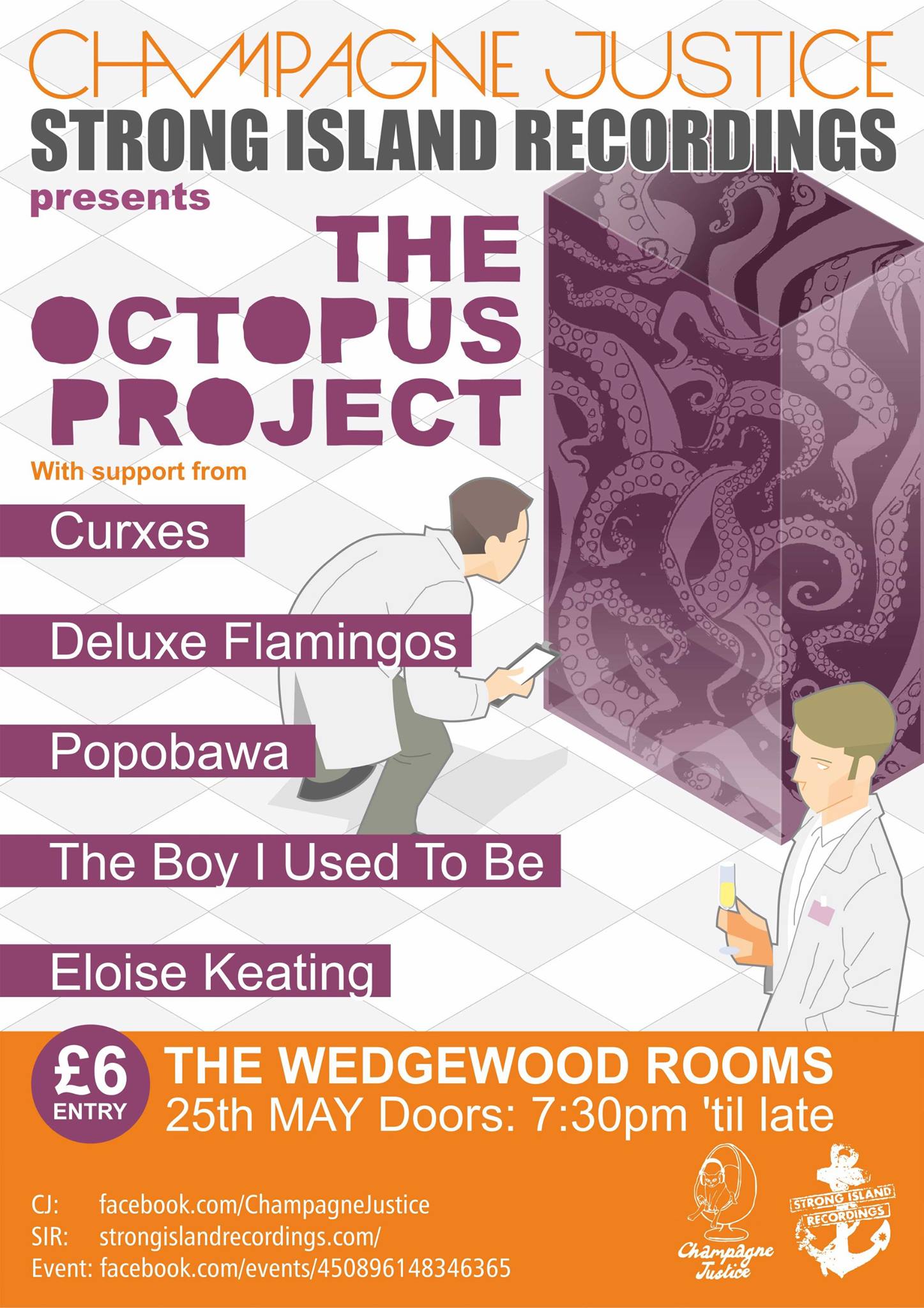