Strong Island Recordings Presents Boneyards at The Edge of the Wedge

Strong Island Recordings are stoked to present to you another pre EP launch label party featuring London/Brighton surf punk trio Boneyards, Portmouth/Brighton Shoegaze outfit Is Bliss & Reading’s Bellyeyesmile (formerly Kinky Boot Beasts) at Edge of the Wedge Friday 22nd February just £3.00 entry. The event will also feature the Champagne Justice guys deejaying throughout the event. We would love to see all of our Strong Island homies at this show, it’s going to be something special.

Boneyards will be playing their first Portsmouth show ever and have been making serious waves with their lo-fi surf punk style that have seen them release their ‘Human Nature EP’ on the super rad Italian Beach Babes label & supporting the current king of garage rock, Ty Segall. We’re very fortunate & psyched to say they’re releasing their next EP on Strong Island Recordings, the label’s second release which you can listen to in advance below:

Listen to more from Boneyards on their Bandcamp page and find out more at:

Portsmouth/Brighton shoegaze/grunge outfit Is Bliss are finishing up recording their debut EP forthcoming on Strong Island Recordings. With a host of shows recently such as supporting Robin Guthrie & Mark Gardner in Brighton and also picking up favorable reviews for their feral, rabid like intensity, smashing up their instruments and anything in the way they really aren’t to be missed.

Bellyeyessmile formerly Kinky Boot Beasts are a 4 piece prog/punk/psychedelic band based between Portsmouth & Reading. It’s near on impossible to pigeon hole these guys (which is a good thing) but saying they’re one of the best live bands you may encounter really isn’t. The change in tempo between their sets can somewhat mess with your head as is trying to comprehend how their lead vocalist can also drum for 3 quarters of an hour and not lose a breathe or beat. These guys are a treat.

We’ll be launching a Facebook competition to win some tickets later today and will also run an Instagram competition on the night, info on those to follow in a bit. 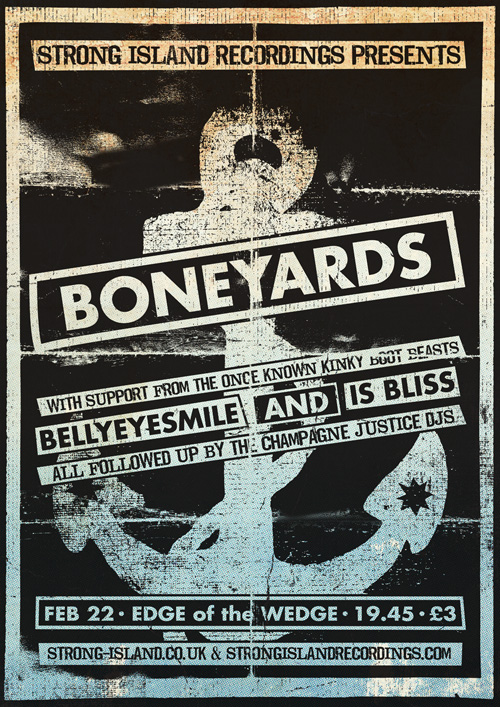 Bellyeyessmile, Boneyards, Is Bliss, Strong Island Recordings, The Edge of the Wedge 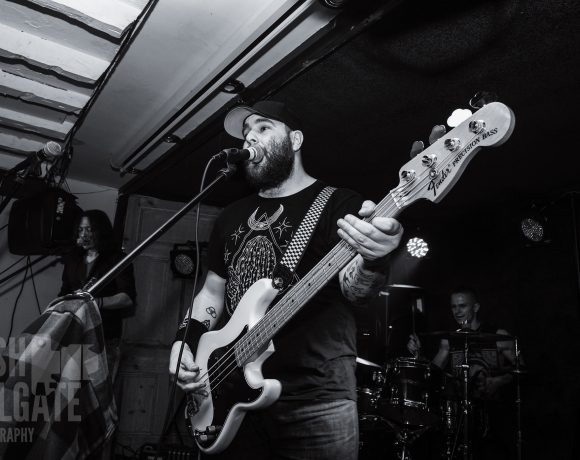