‘Reflections’ is the third solo show of work by veteran Portsmouth artist Garrick Palmer at Jack House Gallery in Old Portsmouth. Now in his 9th decade the painter, printmaker & photographer continues to make extraordinarily ambitious & intense work on a scale belying his years & which sits handsomely within the larger body of work his long career encompasses.

The exhibition kicks off with a preview on the 31st March, then opens from he 1st to the 28th of April and is open Wednesday to Saturday 12-4.30pm or by appointment.

“I can only look back with any degree of comfort since looking forward would be unwise” – it is important to imagine the artist saying this with a wry smile as Garrick Palmer appears both amused & bemused that he is still here, still working & still afflicted with the compulsion to make pictures. In his introduction to this exhibition, Palmer touches upon some of the huge changes that he has witnessed over his astonishingly productive and broad ranging 70 year career.

“I can only look back with any degree of comfort since looking forward would be unwise. After my brush with mortality which was a sombre reminder how easily one’s life could change. Since my last exhibition, ‘Trees from the Bus’ nobody could have imagined how much was going to change, and on a global scale.

Drifting back to my post graduate student days at the R A Schools in the mid sixties I recall the impression portrayed by senior members of the R A. Sir Alfred Munnings P R A. were inclined to use the image of Modern Art, and in particular Picasso as offering fodder for amusement. The R A, as an Institution was not inclined to change easily. However, the evidence of the wind of change was showing signs they were coming into the 20th century. Prominent artists such as Tracey Emin R A C B E was elected to the R A , as well as Grayson Perry. This would have seemed inconceivable at the time I had been a student there.

After I graduated I took a teaching job at Winchester School of Art, and remained there until I took early retirement on the grounds of ill health. At this point I obtained my first photographic commission to record sculptures in Hampshire for the newly created Hampshire Sculpture Trust. Soon after this period I experienced the worst period in my life, that is engraved in memory, my very dear Ellis died having spent the last five weeks of her life at the Rowan’s Hospice.

I continued to photograph sculpture, in particular Roche Court. Finally I favoured ‘Themes’ the first being ‘At any Time’ The Winchester Gallery 2006, ‘A Place of Worship’ Portsmouth Anglican Cathedral 2006 and lastly ‘A Walk along Portsmouth the Sea Front’ 2008 at Portsmouth Museum and Art Gallery.

It was at this stage the development of Digital photography was gradually to overshadow the use of film cameras making all previous equipment obsolete, or with a very limited use. I found at this point it was a good opportunity to return to my original medium painting and pick up the threads again returning to where it had started.” – Garrick Palmer, March 2022 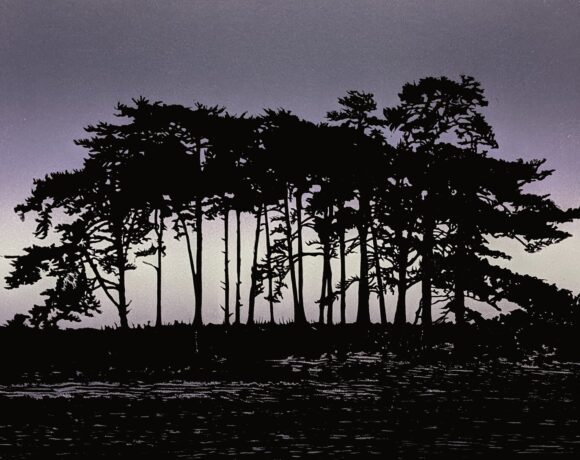