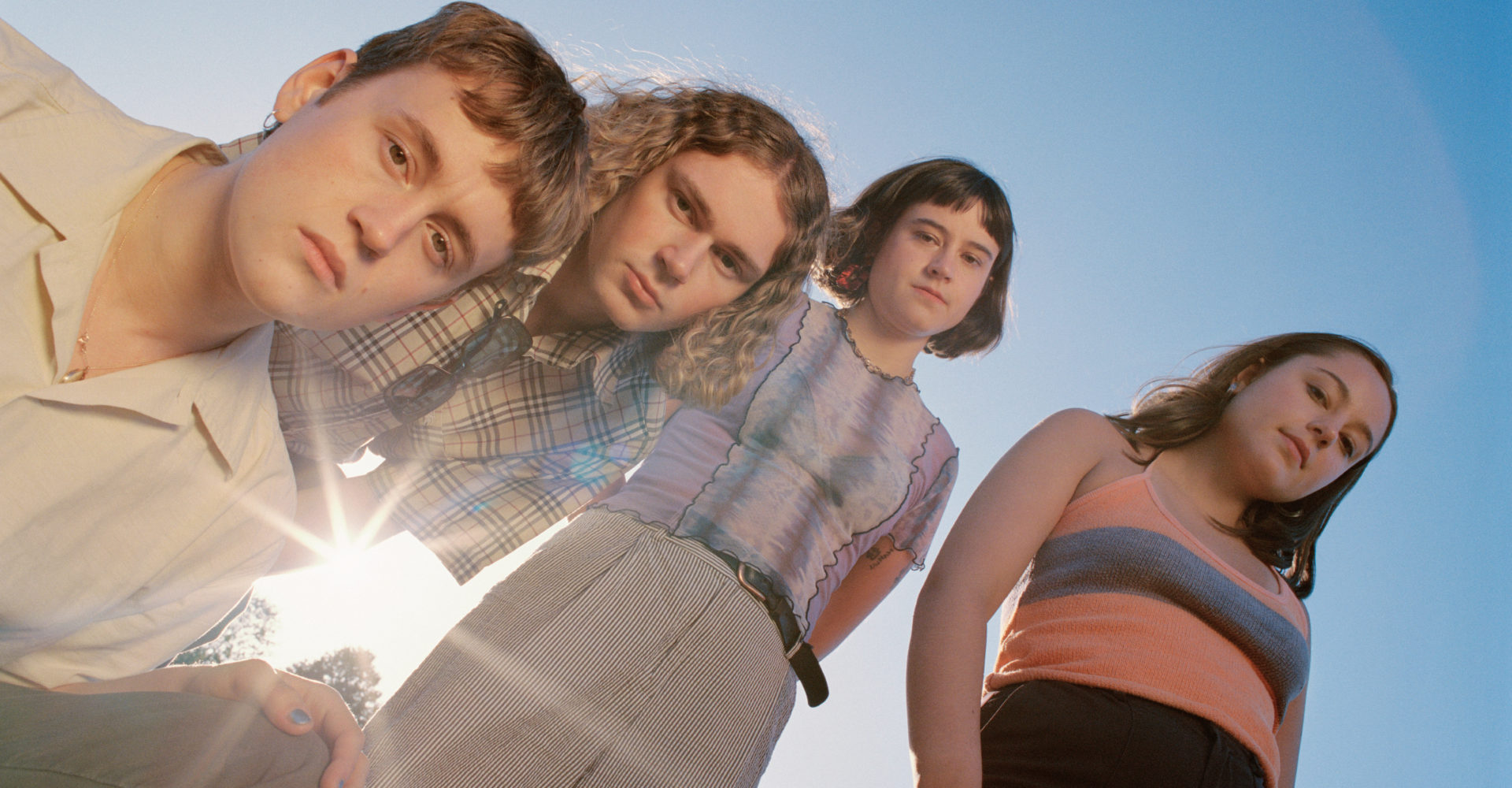 We were eagerly awaiting the trip along the south coast to watch this cosmic pop outfit from Halifax as we’d missed them at Victorious Festival two years ago. This tour is promoting their second album, Disco Volador, after Silver Dollar Moment two years ago. This second album parks them, to me, at the forefront of catchy, perfect jangly pop, with start-stop affectations with vocals that could belong to Lush if they’d worked in a vegan coffee shop instead of going their own merry way. I’ve been trying to decide how to sum up The Orielles and I think it’s best saying they’re the love child of Orange Juice and Altered Images, who employed Bananarama as their nannies. Others (younger fans) would say they’re a newer, younger Stereloab.

I think I’ve found the most stressful job in the entertainment world – being guitarist, Henry Carlyle Wade’s, personal roadie. He went through three guitars in the first two tracks, smashing one to the ground, swearing loudly, extremely frustrated at the sound quality. From the front, I could feel the tension as the roadie duly took the instruments, re-tuned and returned them, all mid-song, keyboards having to fill the gap. But I forgive Henry his tantrum for he was right. The sound wasn’t quite right, but gosh it was by the third track and marked the start of him seemingly enjoying his performance.

The album tracks take on new sonic layers live, Esme’s voice sweetly just audible. Drumming tight and energetic. Keyboards adding that extra width. Bobbi’s Second World, a favourite of mine with its jangly hook and funky keyboards, imagining the inner monologue of a cat, has the crowd in its palm (or should I saw paw?) along with Come Down on Jupiter and Space Samba.

The last song, Sugar Tastes Like Salt (Bobbi and Jupiter) felt like a ten minute jamming session with Sonic Youth, sadly ending abruptly with guitars placed, with feedback, face-up on the stage and a quick exit.

I spotted Henry outside as I left, grabbing a crafty cigarette, hunched up against the wall, in the rain, beaming, the guitar issues long forgotten. Perhaps this happens every gig, I’ll have to watch them again.

Words by A Humdrum Mum
Photo by Hollie Fernando