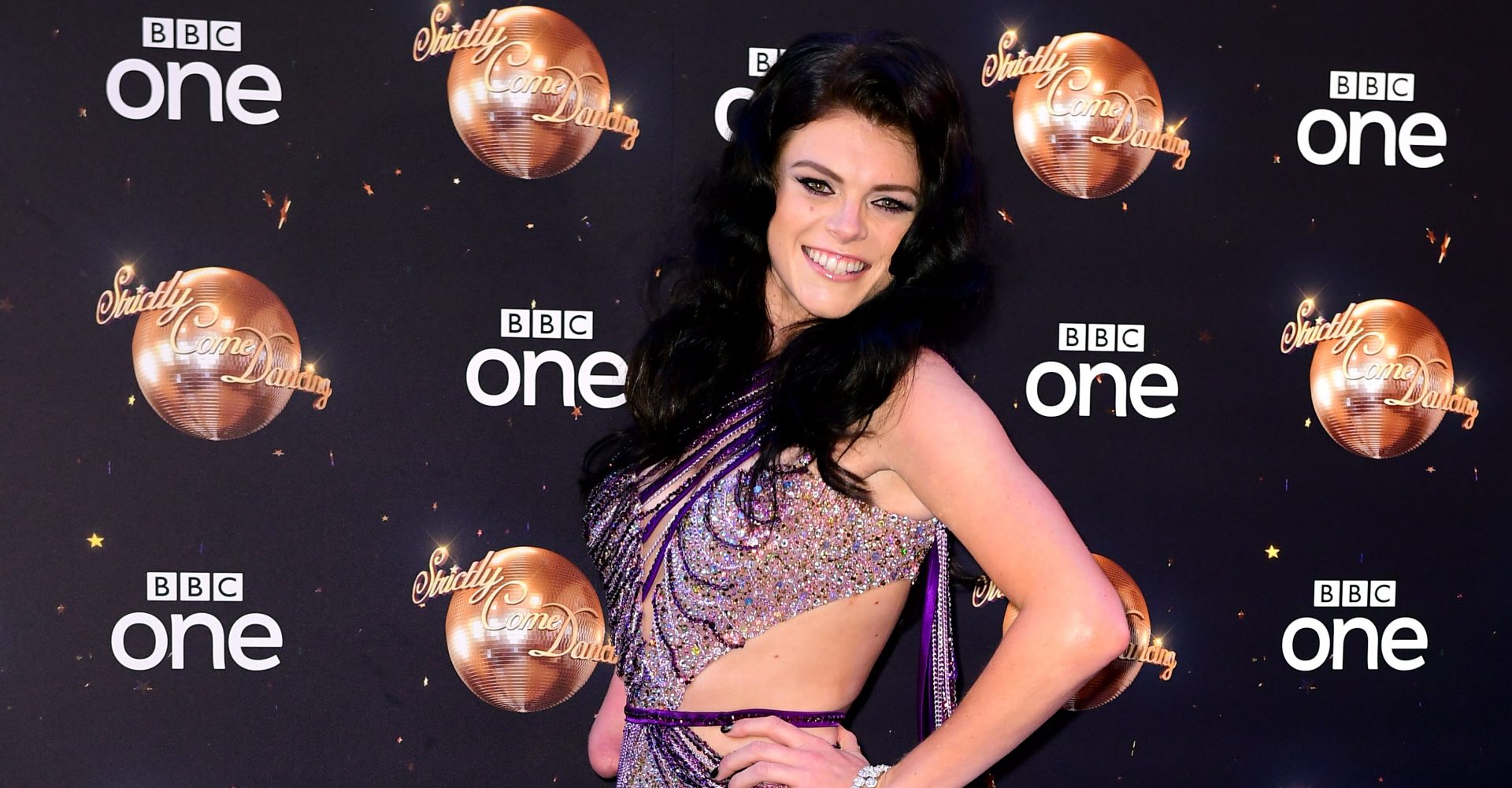 Interview: Lauren Steadman On Her Strictly Journey So Far

I’m sure that plenty of our readers were aware of Portsmouth’s Lauren Steadman prior to her casting on the BBC’s Strictly. Lauren was born missing her lower right arm, however this has challenged Lauren to be the best she can be, and she relishes the chance to overcome barriers. She has competed at two Paralympic Games as a swimmer. She has since specialised in Paratriathlon and represented Team GB in the sport’s inaugural entry to the Rio 2016 Paralympic Games.

Locally Lauren plays an important role within the Triathlon Trust and is an ambassador of Fitness Festival which is coming back to Southsea’s Castle Field on Saturday 1st June. Lauren was generous enough to take some time out of her training to chat with me about the Strictly experience so far.

Can you remember what you were doing and what were your first thoughts when you found out about the approach to be on Strictly?
When I first found out I was going on Strictly, I had just finished a run session and my parents had called and the first news I had to tell them was that I was going on Strictly and it just sort of went quiet and we just stared at each other. All of a sudden, I just realised that I was going to be dancing in front of twelve million people and I was just so excited to get the hair, the glitter, the costumes, and to be a part of the Strictly family is just a remarkable thing.

Did you have any hesitation, or have you always enjoyed dancing? Personally, the only time you catch me dancing will be at a wedding when I have had a few glasses of wine and champers.
I didn’t have any hesitations in saying yes to going on Strictly. I’ve seen how much fun it is, how much you learn and the fact you make some friends for life. Have I always enjoyed dancing… probably not. I think I was always that awkward kid at school discos that stood in the corner, didn’t really know how to dance and I think my sister would say she had the dancing genes out of the two of us!

What did you know of AJ prior to the show?
I didn’t know AJ prior to the show but I am simply the happiest celeb dancer there’s ever been! I don’t think many people get to know the real side of AJ. He’s really caring, loving, he’s a pretty smart guy and this year, he’s really had to think outside of the box. Having one arm has affected a lot of the dance routines, a lot of the lifts that he would normally do and incorporate within a dance and I take my hat off to him. He’s never seen anything as a challenge. He’s pushed me and I trust him.

I don’t think many people get to know the real side of AJ. He’s really caring, loving, he’s a pretty smart guy and this year, he’s really had to think outside of the box.

How has being involved with Strictly affected your training schedule? Clearly the dancing is physically demanding so has it just meant that instead of cycling, swimming or running you have a new form of exercise for a while?
At first it was pretty tricky balancing a Triathlon schedule with dancing. This was before I went to the World Championships, but I worked really hard with my coach Robin Brew and we somehow worked out a schedule where I could get enough triathlon training in and also be able to do the dancing. I had six weeks off after the worlds to refocus – it was my end of season off-time and since finishing that we’ve done some lighter triathlon work. Dancing is pretty full on and it’s using muscles that I wouldn’t normally use so I don’t want to start the next season injured so we’re getting a perfect balance of dancing and triathlon.

I’m sure that there would be times when you would be recognised in public prior to the show but how has your life changed since you’ve been on Strictly?
My life has definitely changed since going on Strictly. There are few places I can go without people recognising me and people come up to me and say such beautiful things and that they want me to continue trying hard. And it goes back to the kids – before Strictly, kids would say “mum, mum, that girls got one arm missing” whereas now they say “mum, mum there’s Lauren from Strictly” and it’s changed their perspective on disability, amputees and it’s become normalised and I think that the most beautiful thing in that kids just now see me as a person and not because I’m missing an arm and hopefully that can be something that is put across to everybody.

Before Strictly, kids would say “mum, mum, that girls got one arm missing” whereas now they say “mum, mum there’s Lauren from Strictly” and it’s changed their perspective on disability, amputees and it’s become normalised and I think that’s a beautiful thing.

Which performance so far are you personally most of?
I’ve literally loved it every time I’ve stepped out on the Strictly dancefloor. There’s not been a moment when I’ve thought ‘I’ve not enjoyed that’. All of my performances have been so different. I really loved my Contemporary piece and dedicating that to my parents. I also really enjoyed my Viennese Waltz with AJ – I felt like I really connected with that dance and I was the most relaxed. The Paso Doble was fun for Halloween – it was strong, it was powerful and I got to give Craig a shiny red apple at the end and I took so much satisfaction from that.

There’s not been a moment when I’ve thought ‘I’ve not enjoyed that’. All of my performances have been so different.

For me, Blackpool was one of your most impressive performances of the series. Was it hard to have achieved that but then attracted the mixed feedback from the judges?
Last week I performed the Argentine Tango and I delivered what I thought was a really strong performance. The judges clearly thought differently. I had lots of mixed reviews on the dance and it was one of the most technical Argentine Tangos that AJ had ever done, that had ever been choreographed for Strictly and that seemed to be overlooked but I did try to do my best and whilst a couple of things haven’t gone right, I had a couple of Triathlon camps that week and to be honest by the Friday night we’d only just got through run-throughs. So I was feeling a little bit nervous, but I was also really proud because when I watch it back now, I see all the lifts, and the sharpness and lines and I’m not a dancer and I produced a beautiful Argentine Tango and I loved every moment with AJ.

Also coming from an athletic background, I think that constructive criticism is the way forwards. You cannot get better at anything in life unless someone is brutally honest with you and gives you positives as well as negatives. How can I improve if I only ever receive positive comments for my dancing so I do appreciate it when the judges give me comments and say that was amazing, this was this, but you need to do this….

Can you tease what we can expect this Saturday?
This Saturday, myself and AJ are dancing the Salsa! We’ve gone for a very technical routine. There’s a lot of Salsa in it. There’ll be a lot of those swivelling hips and we’ve also put quite a lot of armography in. We know that’s something that Craig likes and it really makes me laugh that the one armed girl is doing lots of armography. I just think it’s a little bit of a giggle. I’m really excited – we have an upbeat song – we’re going to be playing cat and mouse throughout the whole dance. It’s bubbly, it’s fun and hopefully I can give everything this week to show that I am here and I can dance!

After the drama of Blackpool, Lauren and AJ are one of only seven couples left to battle for the glitterball trophy. This Saturday will be a Strictly first, after the couples have performed their own routine, all seven couples return to the floor together to compete in the lindyhopathon. Lindy hop is a swing dance style, inspired by jazz, tap, breakaway and Charleston. Who can dance the best lindy hop and give themselves the chance to win extra points from the judges? It could turn the leaderboard on its head and improve their chances of getting through to the quarter-finals. Make sure that you get behind Lauren and AJ so they can return to our screens next weekend! 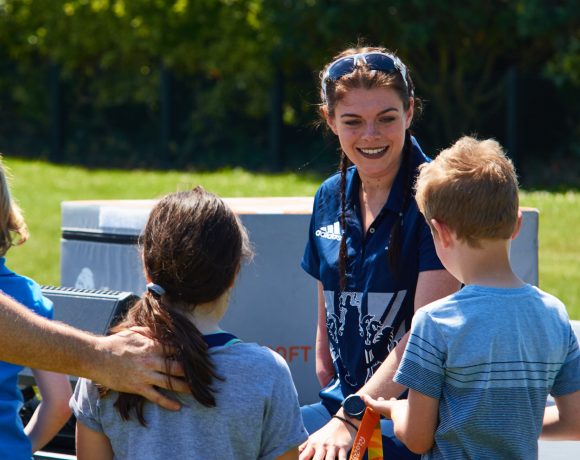 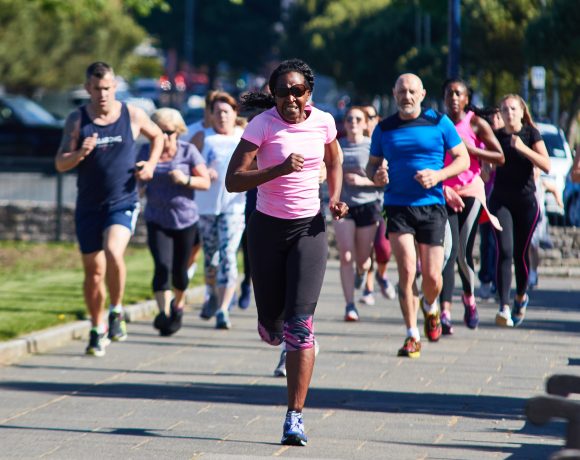