Gig Review: Johnny Marr at the.. 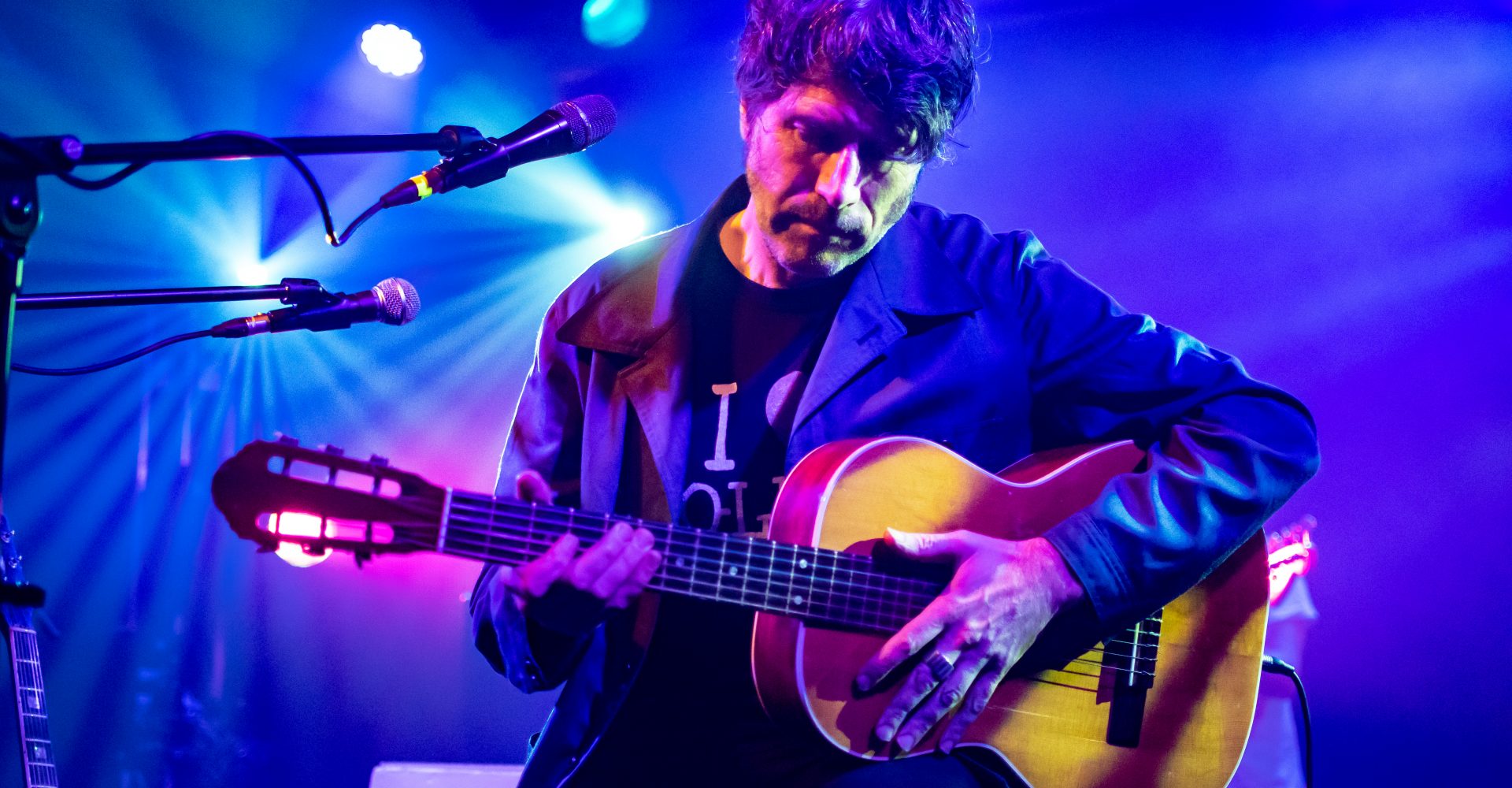 Gruff Rhys is best known for being the frontman of the Welsh psych-rock band Super Furry Animals. He returned to Portsmouth to play The Wedgewood Rooms on Thursday in a solo capacity touring his fifth album ‘Babelsberg’. Portsmouth was the opening night on a 9 stop November UK tour.

In my opinion Gruff’s latest record Babelsberg is utterly superb and one of my favourites of this year so far. The album has been written about modern times with the current state of American affairs prominent, the lyrics when stripped back provide some real stop and think moments about where we are today. The lyrics are complemented by some delightful melodies and orchestral arrangements by composer Stephen McNeff and the 72-piece BBC National Orchestra of Wales. The name for the new album was spotted by Gruff when he was driving past a sign on tour in 2014, he was looking for a name that evoked the Tower of Babel and when listening to the album tracks together Babelsberg was the correct fit. This album flows nicely on from 2014’s ‘American Interior’ when Gruff set off on a trip across the Midwest America retracing the steps of an ancestor.

Thursday was the first time that I’d had the chance to see Gruff in a solo capacity and had been looking forward to the gig for some time. Gruff was being supported on the night by ‘Group Listening’ who a two-piece band were playing an array of instrumental works on a variety of instruments but mainly the piano/keys and clarinet. It was a strange feeling to walk into the Wedgewood Rooms to the backdrop of this music, it was almost like the music was narrating my entrance and wouldn’t be out of place on a Hollywood blockbuster soundtrack.

The Wedge was only half to two thirds full for tonight’s gig which I thought was quite surprising for someone of Gruff’s reputation. Gruff arrived on stage with a huge sign of the album title and then moved onto a card that read side 1, which was later then replaced by side 2 just to keep everyone in the loop. Babelsberg was being played in full tonight which for me is always great when you get to hear an album come alive in this way, you can really get a feel for what an artist is trying to convey with its concept. Personal favourites from the album include ‘The Club’, ‘Oh Dear’, ‘Limited Edition Heart’ and ‘Drones in the City’.

Gruff provided his humorous wit during the course of the evening to narrate the play that was the album playback and various other solo tunes including the infectious earworm that is ‘Gyrru Gyrru Gyrru’, ‘American Interior’, ‘Cycle of Violence’ and the marvellous track that is Liberty (Is Where We’ll Be). The cue cards continued throughout the night with Gruff taking aim at Taxing the Rich and also not adhering to the conventional encore instead raising a sign saying Resist Phony Encores!

Be sure to check out the latest album ‘Babelsberg’ if you haven’t done so already, you won’t be disappointed!