Bored Host a Classic Skate Video Night at One Eyed...

An Introduction to Watercolour..

What’s happening with your video part, buddy? Bored of Southsea over the years have hosted premieres of many different skateboard videos in Southsea but at the end of January will be their first instalment of Bored’s Video Night. These evenings will be a bit different and instead of showing the latest skate videos, they’ll showcase some of the absolute classics that have dropped over the last 30 or so years.

The first Bored’s Video Night will be on the 31st January at The One Eyed Dog in Southsea, kicking off from 7:30pm, 18+ only & there will also be some drinks deals on during the night too.

Check Jason Dill‘s absolute killer part in Photosynthesis below as a teaser and see the flyer below too.

See you there too * runs down stairs *. 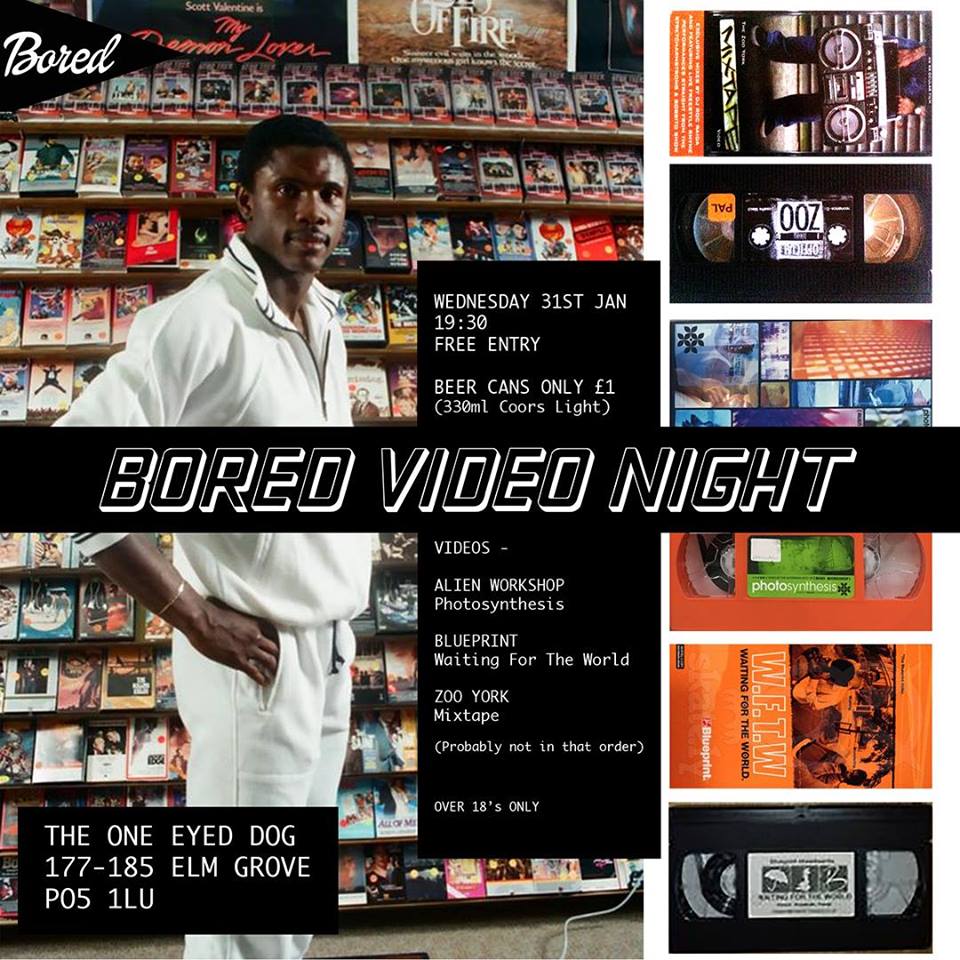 Bored of Southsea, One Eyed Dog