With Portsmouth seemingly in a constant state of flux at the moment with new developments (with ongoing discussions on them to be good or bad for the local urban environment) AND a new city centre & seafront flood defences plans and schemes out for consultation…it is maybe a perfect time to check out a new exhibition of work by University of Portsmouth CCi Faculty architecture students to go on show at Portsmouth Guildhall.  The exhibition, Portsmouth: Radical Vision, opens this evening in the Freda Swain Lounge and then runs until the 31 March and as part of their course, architecture students looked at different areas of the City of Portsmouth and explored how they would approach architectural developments. Their visions of the City are theoretical schemes, designed to promote discussion.

In the exhibition of work one project investigates the delicate balance between the scientifically important natural environment of Langstone Harbour and the edge of the city, exploring how urban growth might work in harmony with the natural world rather than against it. Another looked at the most densely populated areas of the city in the great ‘sea’ of terraced houses that are typical of the unique character of the island. The project explored how housing density could be increased whilst at the same time providing greater amenity and social space to serve the existing communities. The third group considered the future of retail and commerce within the city in light of the internet and out of town shopping, which has seen the rapid decline of the traditional high street. Focusing on the Northern Quarter of the City, the project re-evaluated the future of the retail environment and how it might be used to unite communities.

Lecturer, Martin Pearce, said: “As an island bounded by water and strongly connected to the sea Portsmouth is a place from where great journeys of discovery have begun. As these students start on their professional careers they look to the future of the city and our environment. These radical visions show that architecture whilst particular to the making of beautiful buildings is also concerned with that broader horizon and our responsibilities to the wider world and future generations.

These radical projects demonstrate how architecture can create places for people that are both meaningful whilst also address the pressing issues of our time. I’m delighted with the work of our final year architecture students and hope that these radical visions will help in promoting debate and informing the real world future of our City in the next millennium.”

The exhibition, Portsmouth: Radical Vision, is at Portsmouth Guildhall from 15th January – 31 March, in the Freda Swain Lounge. 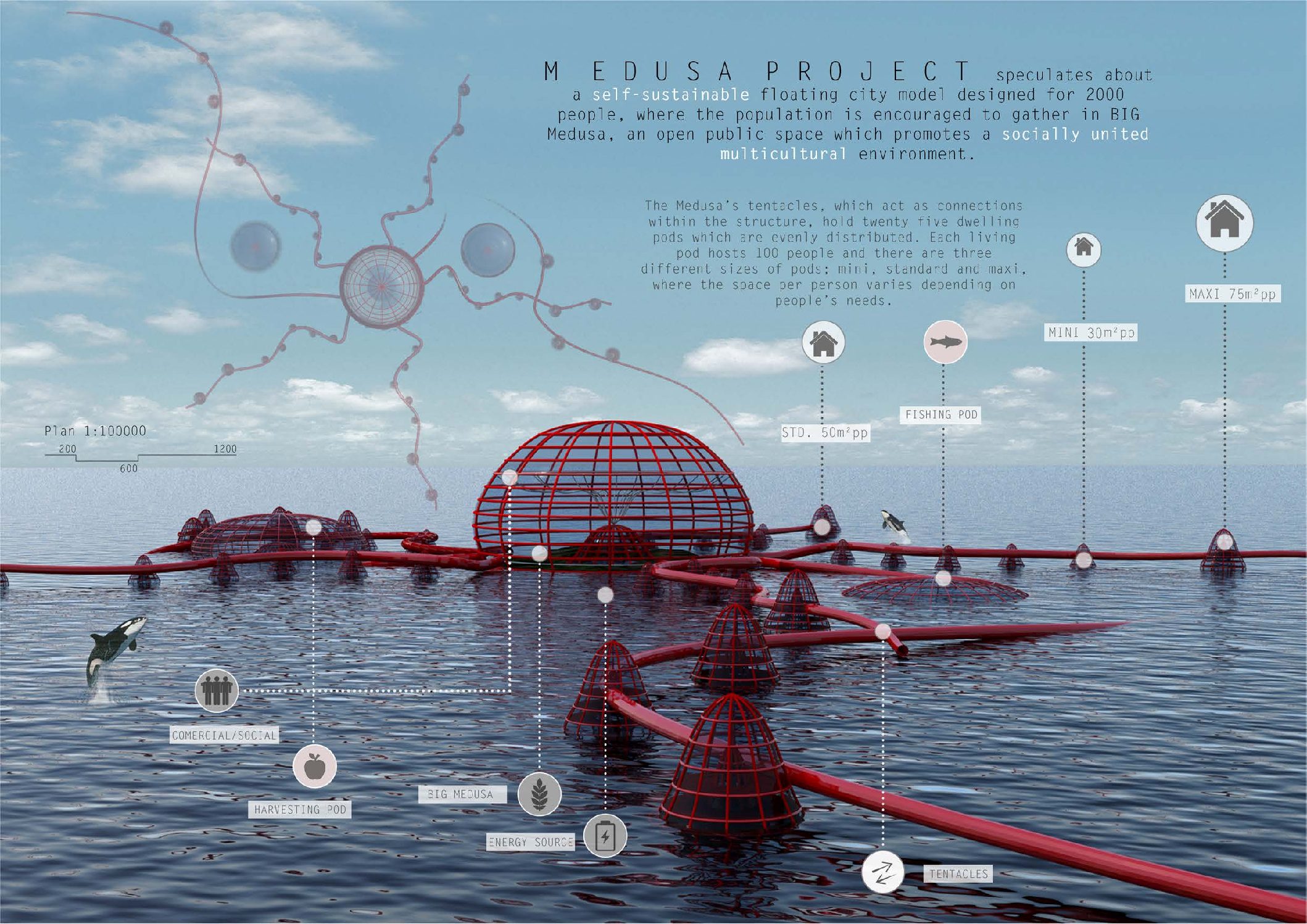