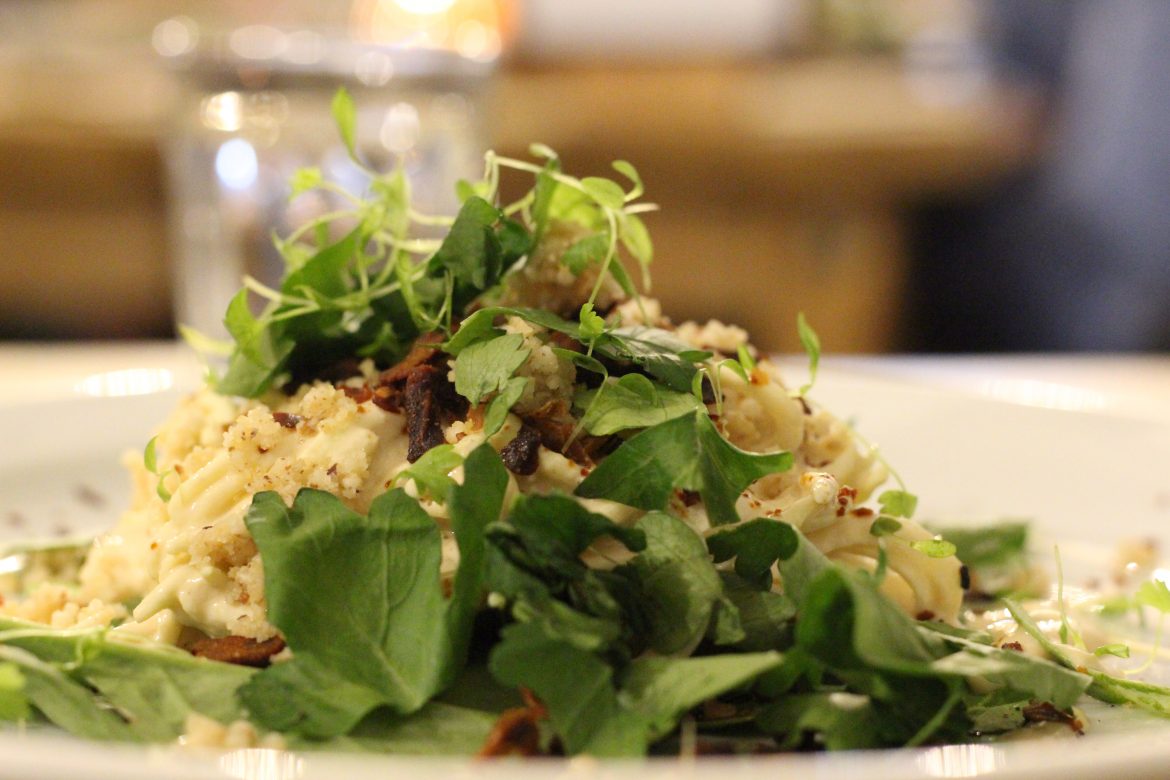 Themes such as mood & food, Morroccan feasts and Autumn raw food have led to sell-out evenings, and I was particularly excited about November’s subject: comfort food.

You’d be forgiven for thinking that a vegan, plant-based, raw meal just wouldn’t cut it in the comfort food arena. But you’re wrong. All the usual suspects such as carbonara, nachos, chocolate and cheese all featured on the menu; albeit veggies, seeds and nuts in very clever disguises.

Southsea Coffee Co is one of my favourite places by day, but at night it completely transforms. Soft lighting, candles and tables joined together for socialising. On arrival we were handed a home-fermented kombucha and invited to sit where we liked.

You’re prepped to come expecting to make new friends. I sat with some lovely people – this is coming from a networking-phobe – and was soon chatting about the foodie scene in Southsea, dating disasters and jobs.

First course was up: a nacho salad with walnut and mushroom ‘mince’, guacamole, cashew sour cream and chimichurri all stacked together and topped with dehydrated corn chips. The flavours were immense. We all commented how meaty the ‘mince’ tasted and how surprising the sour cream was (“this isn’t really cashews, is it?”).

More chat – including discussions about that anxious goat in a duck costume that we’d seen on t’internet – and into course two; Carbonara.  Now I have to admit, I was slightly nervous at the sight of the words ‘coconut bacon’ on the menu, being a huge baconophile, but I am now completely sold on the magic of vegan bacon. The dish comprised of courgette noodles in a cashew carbonara sauce, coconut bacon (which I believe is flavoured with tamari and liquid smoke), topped with Brazil nut parmesan. Delish.

Next up… chocolate. What comfort food menu would be complete without it? And what a choc-a-thon it was. A decadently rich chocolate cheezecake was served with chili chocolate truffles and chocolate ice cream, drizzled with raspberry coulis and sprinkles of thyme leaves.

So at this point we’re feeling pretty stuffed, yet virtuous – funny how filling all those plants can be. But there was one more dish to go… the cheese (or cheeze) course. We indulged in almond feta, cashew nut cheddar and aged macadamia served with chilli jam, winter kraut and dehydrated seed crackers. If you’ve never tasted home made vegan cheese, give it a try – you won’t believe you’re just eating nuts, and it’s nothing like that horrid orange soya stuff you get at the supermarket.

To round off the evening we were served a potent tonic of superfood tea, ginger, cayenne and lemon as a nightcap – certainly something to help us brave the cold night outside of the gorgeous Southsea Coffee Co cocoon.

Keep an eye on Ginger + Peach’s Facebook page for news of future events. 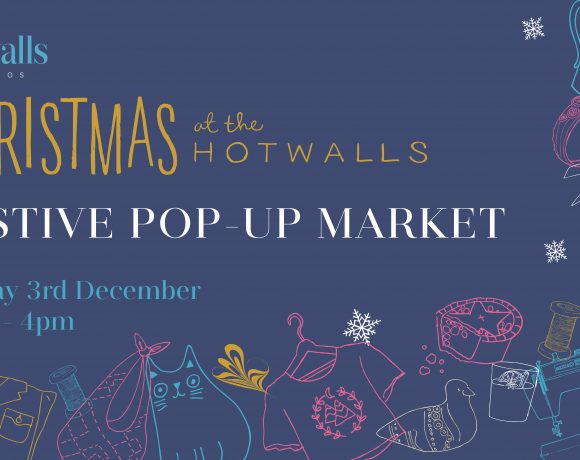