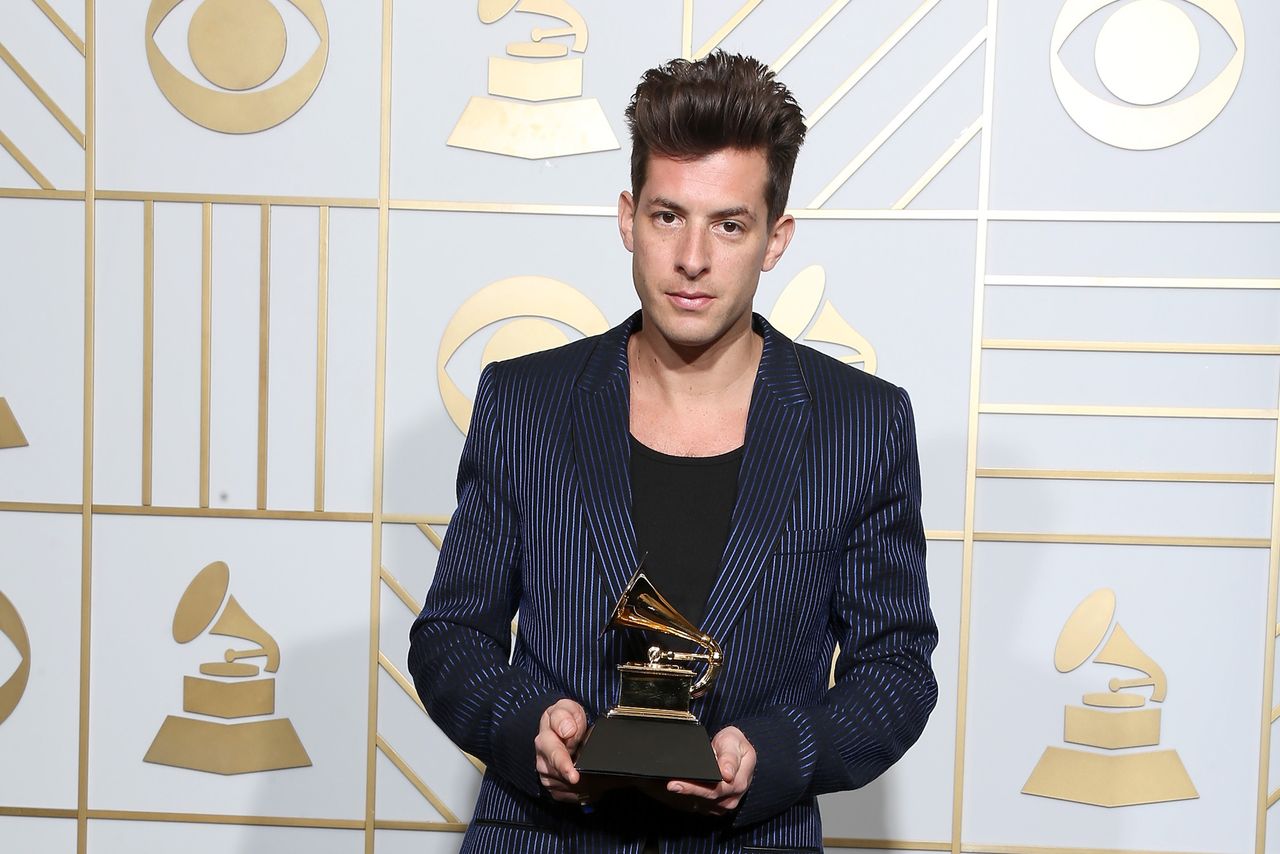 But apart from no.1 single Uptown Funk, a few billion views on YouTube and “oh, didn’t he do something with Amy Winehouse?”, what do we know about Mark Ronson?

Ronson’s upbringing meant that he had a great introduction to the music industry, but he earned his DJ stripes early on in downtown New York hotspots in the mid-’90s after harassing various promoters. Mixing random vinyl samples with hip hop favourites and switching remixes halfway through tracks, he energised the scene and before long he was mixing with the stars – Tommy Hilfiger invited him to feature in a fashion campaign and Sean ‘P. Diddy’ Combes hired him to DJ at his birthday party.

Fast forward a few years and he’s producing records for Ghostface Killah, Lily Allen, Christina Aguilera, Amy Winehouse, The Kaiser Chiefs and Adele, DJing at celebrity weddings (Tom Cruise, Paul McCartney) and knocking out his huge album Version in between. 2015’s album Uptown Special features Uptown Funk, the all-time most streamed track in a single week in the UK. He and Bruno Mars also topped the charts in the UK and US.

This week there’s been a lot of buzz about Lady Gaga’s new album – a collaboration with the producer and Tame Impala’s Kevin Parker – which Ronson says is “incredible”. Does the man have the golden touch, considering Amy Winehouse’s Back to Black sold 20 million copies?

So although Ronson is now less ‘super star DJ’ and more ‘superproducer’, he can still be found behind the decks doing what he’s always done.  He says he still loves working the festival season; “There’s nothing like DJing when you’ve got a dance record that everybody loves”.  We can expect a diverse, genre-spanning selection from him at this year’s Victorious including hip-hop, banging dance tracks and crowd-pleasing 80s classics.

The festival takes place on Saturday 27th and Sunday 28th of August 2016. Last year’s festival saw 100,000 spectators on Southsea Common over the weekend – so don’t miss out, get your tickets from their website www.victoriousfestival.co.uk.  Stay up to date on all things Victorious via Facebook and Twitter @VictoriousFest, or by signing up to the mailing list.