“Urban foxes are about; these flagrant opportunists slink into streets deserted by bankrupt revellers. Their clandestine visits to my night street are becoming bolder; tonight they are on my doorstep, at the threshold, almost within reach. On a dark summer street a fox trots, stops still for a moment, disturbed; then resumes its rapid pace…” Rachel Levitas is writing about the feral night time creatures that inspired her series and Jack House Gallery‘s new exhibition ‘Still Life Interrupted’, a one woman show of oil paintings. Foxes are the wild and playful outsiders evoking fear and loathing as well as admiration for an obstinate opportunistic survival instinct but these paintings represent much more than the antics of a familiar but unknowable animal.

‘Still Life Interrupted’ includes paintings that are an ‘interruption’ into the series of paintings ‘Still Life Disturbed’, an exhibition at the Campden Gallery, Gloucester in 2013. This show will also include a new series ‘Je suis Désolé’ about the relationship of Manet and his muse, Berthe Morisot. The eclipse of Berthe in these paintings is a comment on the role of artist and his muse, in this case, his female muse, also an artist. Madame Swann, although a fictional literary character, is also a muse and in the Madame Swann paintings represents the relentless social surge of her animal equivalent, the urban fox. Rachel Levitas works in an apparently traditional way using oil on canvas, exploring the formal genres of still life and ‘vanitas’ imagery familiar in art galleries and museums but which she then subverts, upsets and quietly unsettles to intriguing effect.

Rachel Levitas grew up in Durham, studied Fine Art at Camberwell School of Art and did her Post Graduate Masters at the Royal Academy where she was awarded the Turner Gold Medal for painting. In 2010 Rachel was awarded first prize at the prestigious Lynne Painter-Stainers for her painting Urban Fox III. She has exhibited widely in group and one woman shows.

Find out more at: jackhousegallery.co.uk 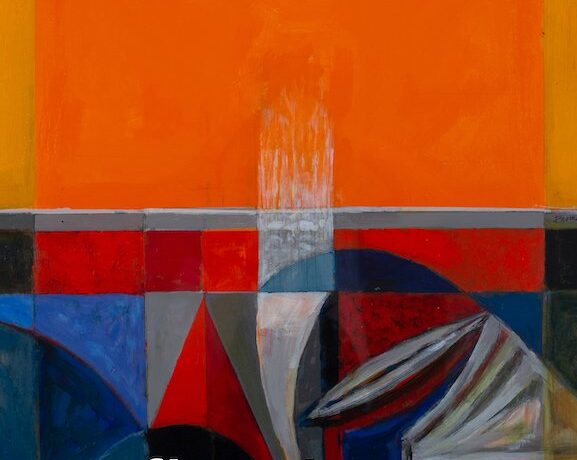