Dwellings Exhibition by When W..

Reading Between The Lines – JJ Bola at Drift

Reading Between The Lines – JJ Bola at Drift

Reading Between The Lines has been going as a spoken word night on the Isle of Wight for over 2 years years now. They’ve also been lucky enough to host takeovers at a bunch of festivals too with headliners including the likes of Mark Grist, Joshua Idehen, JJ Bola and Rex Domino. The Reading Between The Lines residents have also gone on to perform at the likes of Glastonbury, Bestival, Isle of Wight Festival, Boomtown Fair and more.

The second Reading Between The Lines on Sunday 6th of March at Drift will feature a live performance by JJ Bola, a Kinshasa born, London raised writer, poet, educator and workshop facilitator. London and UK based, but also international; Paris, Brussels, Boston etc, most recently San Francisco and Oakland, where he won the Oakland Poetry Slam. Performs regularly at shows and festivals such as Tongue Fu, Vocals & Verses, Chill Pill, The Round House, Ventnor Fringe, etc as well as Universities; SOAS, UCL, Oxford, Lincoln, University of Birmingham, Standford University and Merrit College in the Bay and other public institutions. Also includes various Radio and Television appearances.

Also performing will be He Reaches Over, Kayleigh Sharp & King Stammers. Coming along for the ride, as ever, is the Reading Between The Lines Collective with it all held together by the Pompey resident, Tippers.

Find out more over on the Facebook event page. 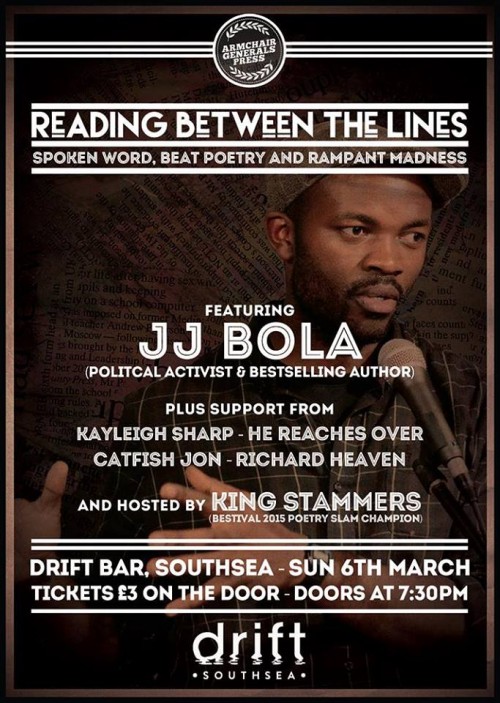 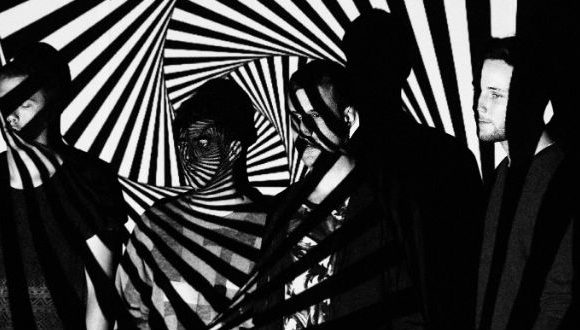 Rats on Rafts at Drift plus Red Seals, The Stayawakes & Submariner 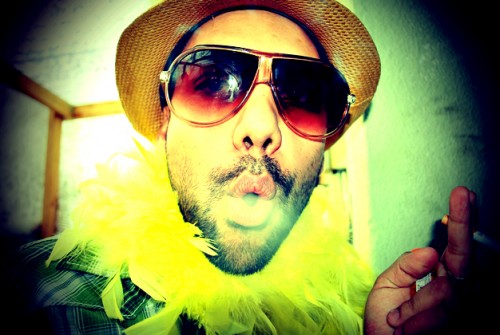