Victorious Festival is nearly upon us and with so much talent available I wanted to pass on some of my tips for the best local talent performing at the festival.

1. The Mighty Bern
In January this year songwriter Ben Kelly set about forming The Mighty Bern. After a bit of networking with local musicians the seven piece band were formed. The band consist of guitarists Tom Eassey and Frankie Pugliano, bassist Tom Clements, piano/keys Edward Anderson, drummer Stuart Hunt and violinist Owen Hughes. The band have been working hard recording their debut album Sunny Side Down which is set for release later this year and will be followed by even more live shows. You can catch them this weekend at the Mayfield Studios Real Ale Stage on Sunday.

2. The Day Of The Rabblement
Their name The Day Of The Rabblement is taken from a short essay by James Joyce written in 1901 stressing the importance of free art that remains true to the artist. It is with this in mind that TDOTR write thought-provoking and contemporary songs, blended with aspects of Celtic and American folk music. The band are no strangers to the festival, last year performing The Pie & Vinyl and Real Ale Festival Stages. This year you can find them on the Mayfield Studios Real Ale Stage on Sunday.

3. Deluxe Flamingos
Returning to the Beats & Swing Tent on Saturday are the awesome The Deluxe Flamingos. The trio made up of PJ Davy, Mike James and Hatt Morn credit a whole range of influences from Mogwai, David Bowie, M83 to the Nine Inch Nails, Sonic Youth and the Pixies.

4. Blackfoot Circle
Arguably the most dedicated fanbase of any local band belong to Blackfoot Circle. There may have been a couple of name changes but I’ve been a huge a big fan of the band for over fifteen years now. After knowing them from the early days of playing small venues in the area it was awesome to see them put on such a great show to such a huge crowd on the Seaside Stage last year. I’m expecting more of the same this year at the Seaside Stage this Saturday.

5. Kassassin Street
Unless you are new to Strong Island then I’m sure that you will be well aware of Kassassin Street. The band have had a whirlwind few years and continue to go from strength to strength. This year the band have sold out shows at venues including the Wedgewood Rooms as well as performing at Blissfields, Y Not Festival and Secret Garden Party. Football fans among us will have also heard the band featured on Sky Sports football coverage over last season. Kassassin Street can be found playing the Castle Stage and the Seaside Stage this Sunday. With two opportunities to see them there is no excuse not to treat yourself!

6. El Morgan
Local singer songwriter El Morgan is another example of the awesome and diverse musical talent based in the city. The description singer songwriter doesn’t really do El justice as you won’t always find her performing the typical acoustic folk inspired songs. Check out ‘Blah Blah Blah‘ to see what I mean and enjoy her punk side. You’ll be able to see her slightly softer side this weekend when she performs at the Casemates Showcase Stage on Saturday.

7. Just Millie
Millie first came to my attention earlier this year at the Road to Blissfields event at the Wedgewood Rooms. Millie describes herself as some what of a one woman band with her acoustic guitar, harmony looping pedals and an electronic kick drum to accompany her on stage. Millie can be found at the Nevada Music Acoustic Stage early on Saturday afternoon and she is definitely a reason why you should arrive at the festival nice and early.

8. Electric Arms
The Southsea four piece indie-folk band Electric Arms return to the Casemates Showcase Stage this year as headliners. The boys are one of the most prolific live performers in the city and can regularly be found playing the likes of Eastney Cellars, Al’s Burrito, The Fat Fox and the Wedgewood Rooms. Those of you who attended Wickham Festival might have even been fortunate enough to catch them on the acoustic stage.

9. Curxes
Strong Island Recordings own Curxes have the honour of headlining the Seaside Stage on Sunday evening. The trio Roberta Fidora, (vocals) Camille Phillips (drums) and Macaulay Hopwood (guitar) have enjoyed a great 2015 so far, May saw the release of their album Verxes and this summer they have performed at the Great Escape and Blissfields amongst other live shows all over the UK. Curxes are as infectiously catchy and are a real treat live.

10. Southsea Alternative Choir
If you are not already aware the Southsea Alternative Choir are a group of friends who all share a love of music and get to together to sing some classic songs that we all love. This is all with a view to raise money for SamuelsFund, supporting a local child with Cerebral Palsy. There is no excuse for not checking the choir perform this weekend because they are performing a whopping six occasions over Saturday and Sunday. You’ll find them the Seaside Stage, the Nevada Music stage and the Mayfield Studios Real Ale Stage.

The festival is being held on Southsea Common this Saturday and Sunday. Tickets are still available and you can pick one up via the website HERE, or in person from the Meat and Barrel, Little Johnny Russell‘s and Cosham Library. 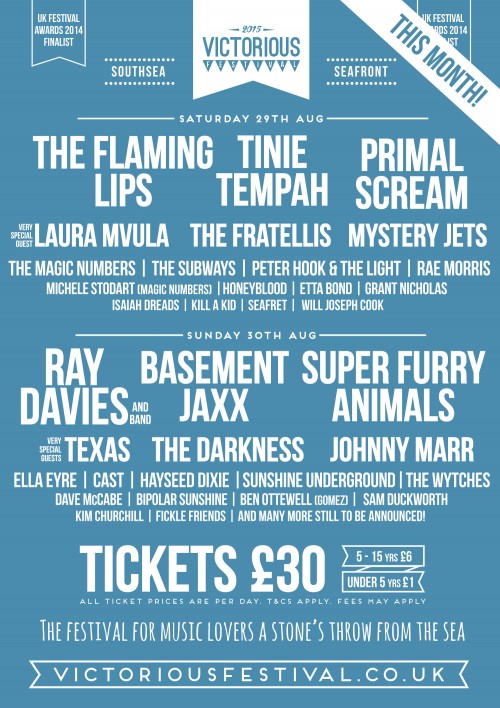