Depiction5 New Exhibition at A..

On the 13th May, Strong Island Recordings will be throwing a Curxes ‘Verxes’ album launch party at The Eastney Cellars with support coming from the wonderful Wyldest as well as special guests to be announced plus Champagne Justice DJs . The debut album ‘Verxes’ from Curxes released on our Strong Island Recordings label will be available digitally on the 4th May and we’ll be selling an exclusive, limited run of physical copies on the night.  The album party is also the night before we head off and host our first ever Brighton show taking place at The Great Escape so it will be a big couple of days for the label. Entry for the event is a mere £4 or we shall be doing a limited ticket bundle that comes with a digital download code of the album. More details can be found on the Facebook event here but it would be great to see some faces for one of our biggest shows yet. 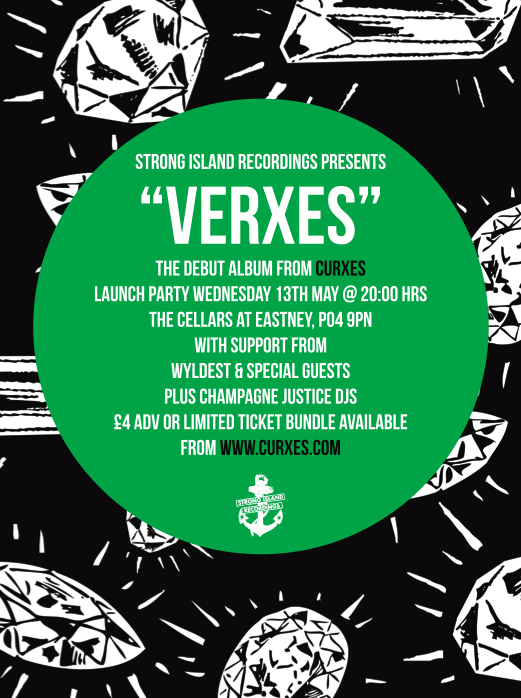