As well as being part of the alternative rock/electro band Soulwax, the Belgian brothers David and Stephen Dewaele are two of the finest DJ’s on on the planet. DJing under the guise of 2manydjs the pair are one of the most exciting acts performing at Victorious this weekend.

There probably isn’t a festival worldwide that they guys haven’t played. This month alone has already seen them rack up some serious air miles. They’ve been DJing at events in Indonesia, Japan, Thailand, France, Los Angeles, the UK and Spain. As well as still having upcoming shows in Holland, Germany and South Africa before the end of August.

For a taster of what music you can expect then please please take the time to check out their current project, Radio Soulwax. If you visit www.2manydjs.com you will find a continuous mix playing all day and night.

It features 24 hour-long mixes with visuals similar to those used in the 2manydjs live sets, and will include different tracks from various different decades. In the past twenty minutes I have been treated to Dolly Parton mixed into Röyksopp, as well as a bit of Destinys Child and Skee Low thrown in too. RadioSoulwax is also available as a FREE app too, get your hands on it HERE.

You will be able to catch 2manydjs doing their thing this Sunday. With Saturday tickets now sold out I encourage you to get your Sunday tickets asap! 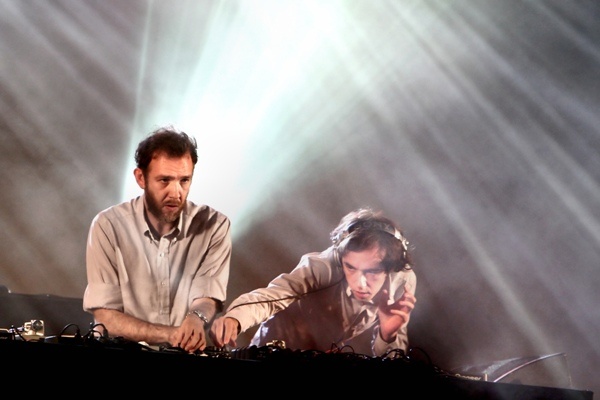