We’ve kept a keen eye on local photographer Andrew Hayward’s work since he graduated from the University of Portsmouth including his Secret Dockyard photography project and the Secret Dockyard exhibition through to his new project focusing on petrol stages located on A roads taken after dark.

Andrew’s images within this commissioned collection capture serene and haunting visions of petrol stations, glowing like beacons of hope for the weary traveller. For those who pass through them silently in the night, they are a sanctuary amongst the isolation of the night-time drive. Every driver and passenger on road trips can connect with this vision.

Andrew’s inspiration for this project was ignited on a family holiday to Devon, where a lot of travelling through the darkness was broken up by the safe haven and goods these petrol stations have to offer. Embarking on this project he was influenced by the work of American artist Ed Rushca, who photographed petrol stations along Route 66 during the mid 20th Century.

Andrew has spent his entire life living in Portsmouth, studying photography at the city’s university where he found an even deeper love for traditional methods of photography with colour and black and white film. More specifically he works with large format 5 x 4” film and sometimes 10 x 8” finding it important to use increasingly niche and finite materials for creating his work.

aspex Guildhall will be home to this new exhibition of work by Andrew Paul Hayward with the aspex Guildhall gallery space to be opening with an artist preview on Wednesday 20th August from 6-8pm, the exhibition will then run until 19th October, open from Monday to Friday from 9am – 6pm, Saturdays from 10am – 4pm.

If you were lucky you may have even picked up a print of a piece of work from the exhibition as Andrew dropped 10 prints around Portsmouth as part of Free Art Friday last week, well done if you were lucky enough to find one.

To see more of Andrew’s work and find out more about the exhibition visit Andrew’s website: 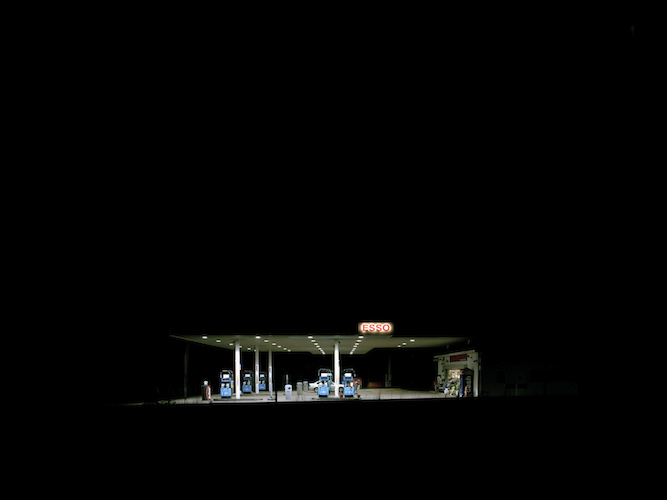