Performing in the evening on the Acoustic Stage is Southsea’s own Leigh Mary Stokes. Earlier this year Leigh won 2013 Guide Award for Best Solo Act.

Leigh says “I’m very much looking forward to returning to Blissfields this year. I love it there. Its an awesome line up and we’re gonna have a lot of fun.”

Leigh is one of the most prolific performers in the Portsmouth music scene. She has recently played charity shows for Community Fusion, The Eastney Cellars and Southsea Bandstand. You can see Leigh returning to Victorious Festival at Portsmouth Dockyards after performing at last years festival on the acoustic stage.

You can keep up to date on all things Leigh Mary Stokes on Twitter @leighmarystokes and on SoundCloud account. 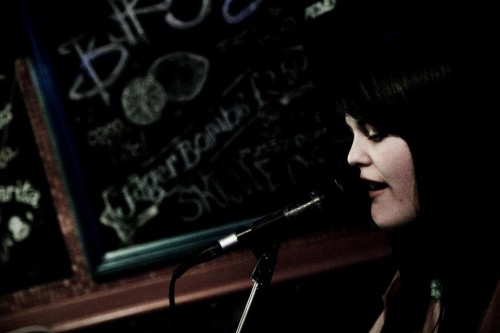