People with Passions by Jack D..

Photograph of Portsmouth from the International Sp...

You may be aware of the recent interest in Canadian astronaut Chris Hadfield who is currently the flight engineer for the current mission aboard the International Space Station (ISS). Unlike many astronauts on the ISS before him Chris Hadfield is engaging directly with the people back on Earth by using Twitter and also posting up his own photographs taken aboard the ISS as it circles the Earth 15.7 times a day in low Earth orbit. One particular Twitter conversation with William Shatner caught the news recently, showing that it isn’t all strictly Right Stuff business aboard the ISS and the astronauts can have fun.

Very recently the ISS passed over the UK and Chris Hadfield Tweeted a photograph specifically of Portsmouth (you can see the Tweet HERE) with an incredible view of Portsea Island, Hayling Island and all the way from Chichester Harbour to Southampton to Winchester. To follow Chris Hadfield on Twitter visit:

Chris Hadfield’s photo of Portsmouth is shown below as is a photograph of the International Space Station travelling through the sky (the straight line through the star trails) in this night photo by local photographer Diana Goss. 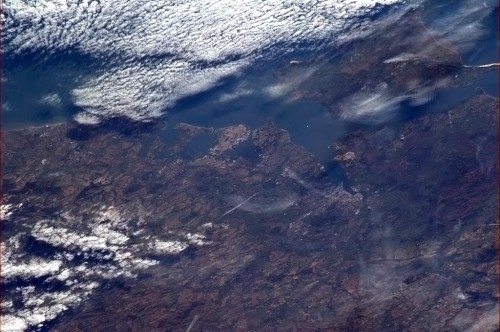 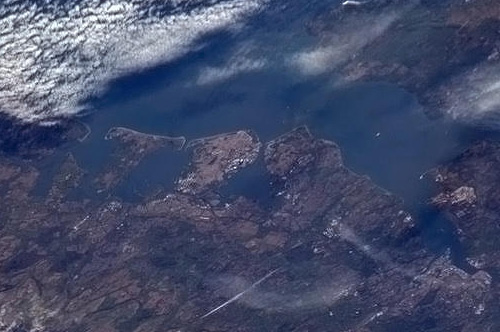 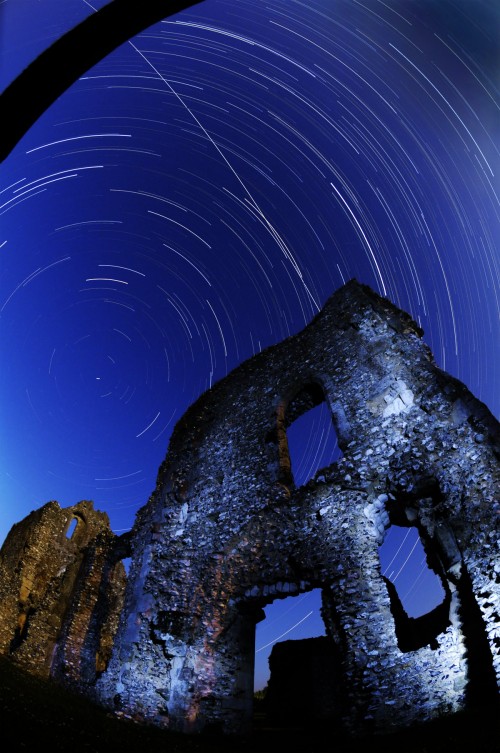