Local nutbag swim fan Steve Langton recently raised £600 for Ryde Inshore Rescue. On call 365 days of the year Ryde Inshore Rescue is an Independent Lifeboat station based on the Isle of Wight. They do not receive funding and survive solely on the generosity of the public and with running costs of around £30,000 each year they need people to be generous, or to help raise money like Steve and his insane charity challenge. Steve talks us through his epic trial.

Its that time of year again, this time I thought I’d have a bash at a Solent crossing via the sea forts. So, after a lot of planning by my pilot Gordon Osborne (MBE no less) of Ryde Inshore Rescue I jumped into the water at Seaview on the Isle of Wight. on Thursday 26th of July 2012. Gordon then made me swim to the shore, get out of the water and wave to him to start the clock. 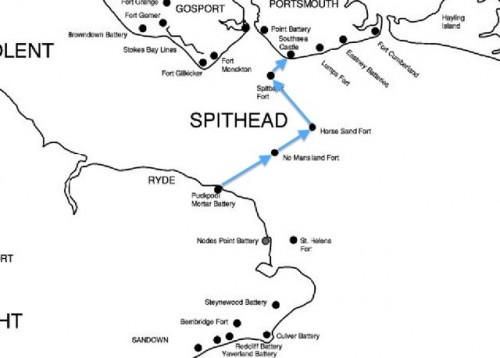 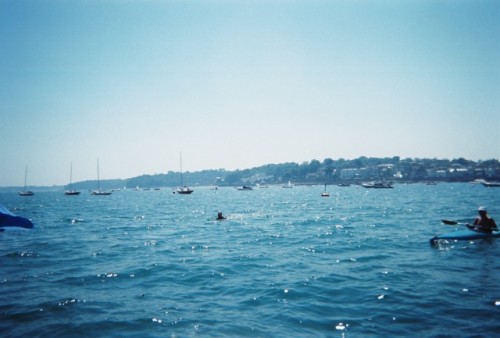 Setting out from Seaview on the Isle of Wight, swimming through the moorings, with Mike my trusty canoe guide. First fort – No Mans Land – 2.2 km off the IOW coast. 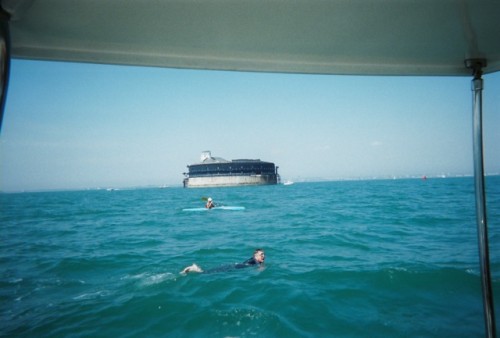 The second fort Horse Sand in the distance. Got told off by Mike here for looking around “your here to swim not on a sightseeing trip !” 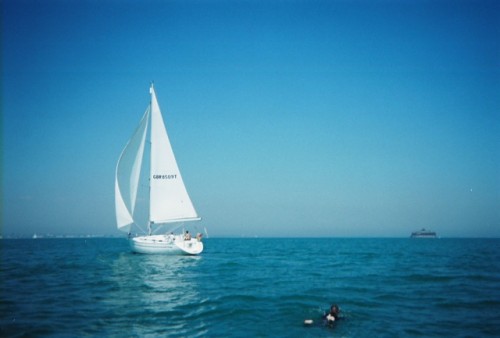 Approaching No 2, Horse Sand Fort – 1 hour and 42 min, the sea got quite choppy here, especially when we were getting hit by the wake of passing shipping. 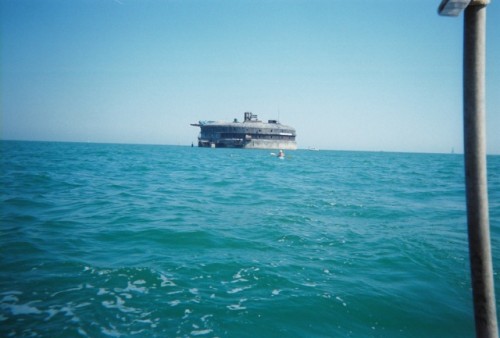 No 3, Spitbank Fort, tide really ripping around this one! We tried to swim around the front of the fort but the tide was taking me on to the fort itself so after an emergency change of direction we managed to get whipped around the Isle of Wight side of the fort. 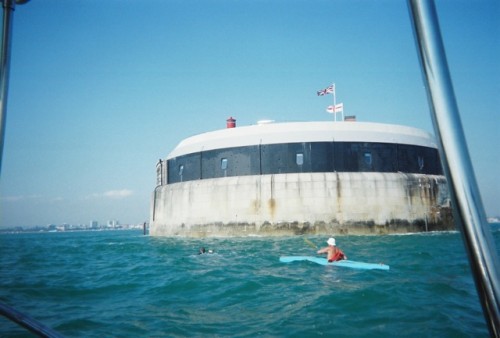 3 hours and 2 minutes. Very tired here, the tide was running very strong and I didn’t think I was making headway, I was reassured by Mike that I was which was enough to keep me going. (Don’t know why I believed him here as I’d already asked him to only give me positive news !) 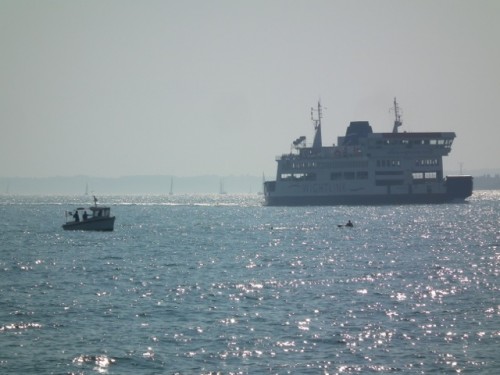 Last leg – Spitbank Fort to Southsea beach, with leg cramps, this was the hardest part by far, I’d have loved to get out here but couldn’t let down the gang on the beach. 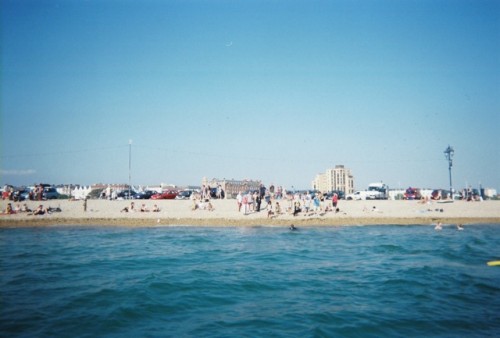 BIG thanks to my pilots Gordon, Mike and crew of Ryde Inshore Rescue www.rydeinshorerescue.org, to all those that sponsored me, and to those that fed me on the beach!

Seriously mate. You’re a total loon, but hat’s off for such an incredible feat of physical endurance and will power. Remind me to buy you a pint next time I see you. Champ. 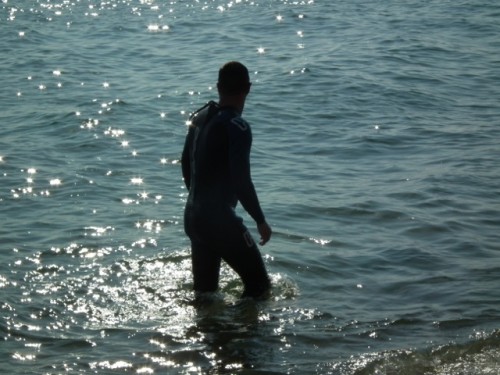