Last night saw the screening evening of Portsmouth Film Society’s Shorts::Cut short film event at The Omega Centre in Somerstown. Shorts::Cut has been running for some years now and attracts short film entries from not only Portsmouth but across the south coast. Last night saw the shortlist of thirteen short films being screened, with films of all types and genres represented including fantasy, documentary, stop motion and computer animation, science fiction and more.

With extra seats having to be added to the back of the room the event was packed with filmmakers and film lovers and after a quick introduction the lights lowered and the programme of short films began. I had to leave sadly at the interval but was blown away with the diversity and quality of the films, with every film brightly shining with the filmmakers, actors and everyone envolved’s obvious love for the medium of film.

Of the films I did see in the first half my favourites were Erkki The Scrap Collector and The Fabric of Life. Erkki, directed by Craig Johnson, was an insightful documentary in to Erkki, an eccentric character who hunts for scrap in the mountains and is a self confessed lover of trash. The Fabric of Life, directed by Dom Lenoir, was a heart wrenching story of love lost, with stunning acting by it’s lead actress and wonderful lighting and filming. Of the others Life with Two Sugars, produced by Southampton’s City Eye working with a school & Space is Dark, directed by Mark Wade, showed just how creative young people of all abilities can be when let loose with cameras. Prolific local filmmakers Riyadh Haque & John Ginty enthralled the audience with their wildly ambitious take on a classic fantasy story of an abducted princess with A Hero’s Journey. The production level was incredible and the ending had a nice twist. If you are there or on your way to Bestival you can see the short film on a big screen in the middle of the Ambient Forrest (or below, if not). Local film stalwart Jinx Prowse drew the audience in with a hugely atmospheric computer animation entitled Oki Usagi, heavily inspired by Manga. The city he created was beautifully detailed, dark and in many ways a character all of it’s own and the two main characters had an understated depth.

Sadly I didn’t get to see Determination, Best Intentions, Strange Meeting and Mutant Monks From Outer Space (what a title! – see the trailer HERE) but hopefully I can see them down the line. Finally, Strong Island Media had three films shown at the screening, La Souris (made in partnership with Paulsgrove based charity Dot to Dot), Giving Credit (made in partnership with the young people of Arun Youth Council) and finally A Can is Born featuring Portsmouth street artist My Dog Sighs (you can watch them all HERE).

A vote of each attendee’s favourite two films were taken and will help shortlist the films for the Guide Award for best local film later this year. I think I can speak for most of the people there and say it was a difficult choice. 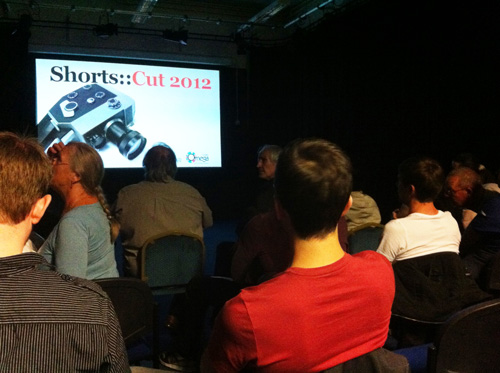 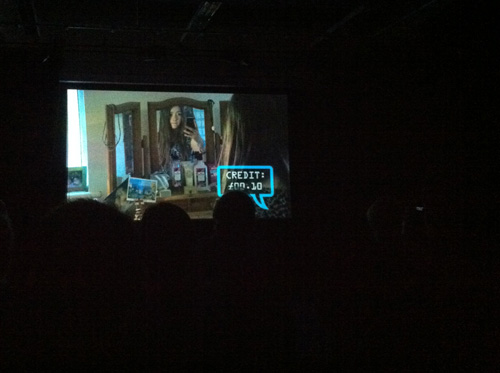 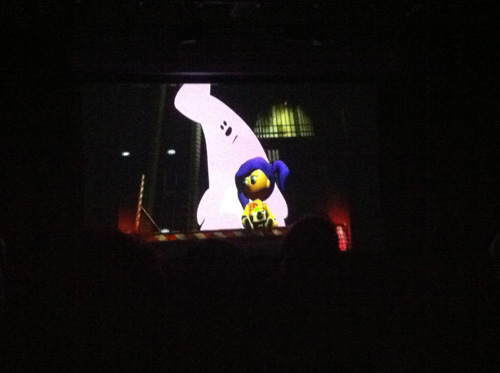