Phil is an old college friend of mine and one of the first impressions I got of him back then, was that of his massive and autonomous love of music. Whilst he didn’t necessarily introduce me to this kind of music, I always remember him and a couple of others being far more authoritative on the various artists and albums. It seemed like the obvious thing to me to ask him to compile a window into a world that a lot of people simply don’t get. I’m particularly pleased he thought outside the box and didn’t just go for a ‘Now That’s What I Call Shoegaze 1989’, instead putting together a playlist that captures a feeling or a way of thinking. I think it’s unlikely any band on this list would complain about the company they’ve been given. It really is an ethereal and sometimes troubling space that this music comes from, but if you get it, there’s a huge reward on the other side.

“Mark Gardener had great hair and he was a member of Ride. Synonymous with the shoegaze genre, their dreamy guitar pop filled many a rainy afternoon in the ’90s during my adolescence. The opening drum salvo on Dreams Burn Down and guitars from I Only Said are sounds that will forever be associated for me with a Mini Cooper, various recreation points around Portsmouth and the greatest of friends.

The term shoegaze never really seemed to hit the right spot, as many of the bands in this playlist are so very different in style and sound. The dreamy vocals on Mesmerise and Lowlife contrast well with the muddy guitar Verve and Slowdive produced. I only got into the Telescopes later on as I rather stupidly missed all the recommendations from a mate for many years. More fool me.

Anyway, this was certainly no movement like Grunge or Britpop, but this style still continues, and always will, while feedback exists. The Horrors recent album is a great testament to that fact. I guess the only common factors were/are the use of (distorted) noise with a vast array of pedals and this has been the basis of my choices.

P.S. Just before Christmas I was in Sainsbury’s with the missus when Bluebeard came on the shop speakers. How random is that? Instantly improved the whole supermarket experience.” 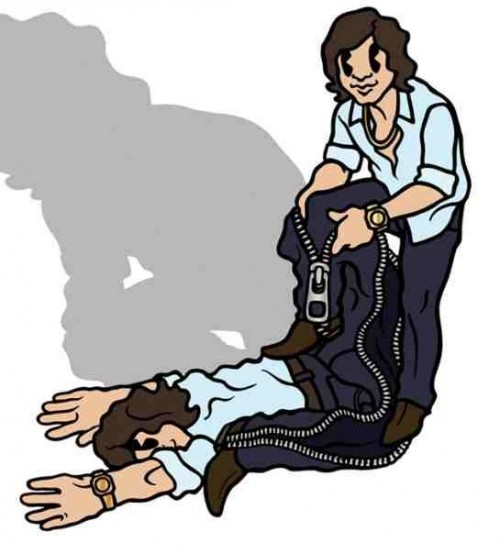