PRIMARY on the Radio

Charlie and I have been talking for ages about me doing a playlist for him and to be honest it’s been more me hassling because I wanted to do one ! I’ve always really enjoyed all types of music that I’ve discovered and listened and there is nothing better than finding a new song that absolutely makes you go crazy and you have to have it.

My love of music began when I was a nipper, one of my earliest memories is being at my Nan’s house, she used to have a trunk full of old juke box records including 50’s and 60’s, country rock and soul. I would waste hours in there of a Saturday, putting record after record on the “stereogram”. Couple that with influences from my Mum and Auntie, who were constantly playing Tamla Motown and music of that genre which heavily influenced me from an early age. The logical progression from that in my teenage years was hip hop and searching the odd break here and there…I served my time with the electro and street sounds tapes!

I’ve always had music on in the background or on my iPod…music is my saviour and nothing beats a good song. I have been lucky enough in my older years to play out a couple of times (thanks to Charlie). I even played Southseafest last year the day after my wedding…with wife in tow ! So it comes that I’ve put this list together here which is influenced by my early years, the soulful stuff I’ve listened to with more updated funk for the later years.

This should get you dancin’ round the kitchen…..(I hope)!!

NB. If you are homeless and don’t have a kitchen, I apologise. I meant no harm. 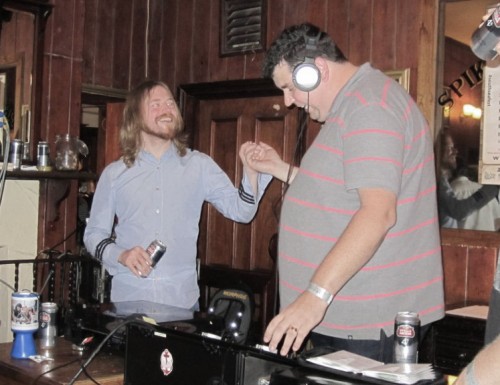