Steve Langton sent over his Represent after having a relaxing time on the beach in Thailand and feeling a rumbling in his chair. They were eagerly asked to leave the beach and make they’re way home as wave warnings were coming in. A speedy trip back to the hotel in a Tuk Tuk and several power cuts later the all clear was given. Steve made it back to the bar for some Long Island Iced Teas and to put up a Strong Island sticker. Representing. 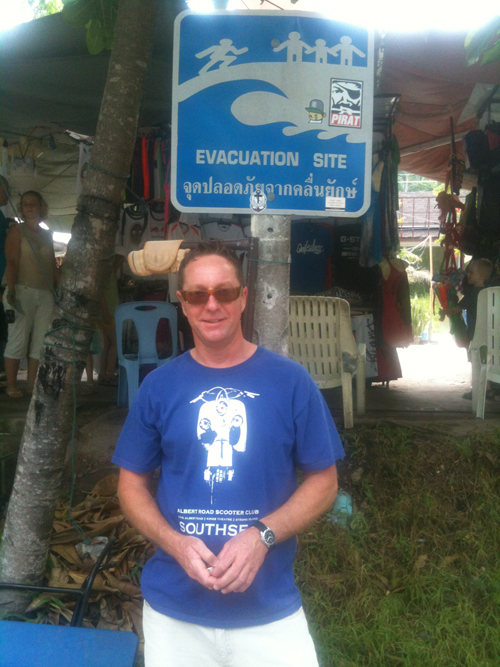