This week we’ve got Josh Caffe supplying a sweet disco & house compilation. He’s been kind enough to take some time out of his busy schedule to put together a playlist that takes you on a journey. A little bit about Josh now, he started his career as one half of DJ duo ‘Caffe Latte’ playing regularly at various nights/warehouse parties in East London. He is currently playing London’s club scene solo, but his talents have put him in demand in Paris, Berlin and Madrid too.

Josh’s eclectic taste in music and creative restlessness means he is constantly looking for new songs to evolve his sound. Influenced by the underground club scene from the late 80’s Chicago & New York, he mixes House & Disco with Baltimore basslines and describes his sound as being heavily indebted to the pioneering Ron Hardy, Frankie Knuckles and Green Velvet to name a few.

We’re happy to have Josh contribute a playlist here for us, On Saturday he plays at the first party from Longlive Cooperative up in London, also featuring DJ sets from the boys from Pet Sounds. Josh describes this playlist as a journey from the vogue Ballroom scene in New York (mid 80’s) to the modern day Warehouse party.

‘From The Ballroom To The Warehouse’ 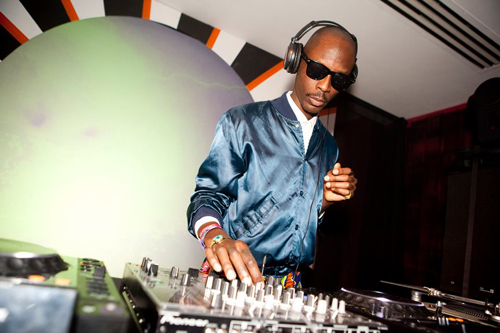