That this playlist has finally seen the light of day is possibly a miracle. No previous effort has caused quite as much stress for the compiler or me. But…….I think it’s safe to say it’s been worth it, the long gestation and literally countless conversations Saffron and I have had regarding what is and isn’t available on Spotify, and why certain tracks are in a different colour and how to remove local files and why is there this Best Coast song but not that Best Coast song…. I’m not kidding, this little baby took time and care and a whole load of patience. Thanks Saffron, it’s a belter and I promise I will never make you open Spotify on your computer again. And breathe….

Oh Yeah is a massive tune, look into these artists further – knowledge is power.

“I’m originally from Portsmouth, but have now been based in East London for the last 8 years. I work as a stylist (www.saffronhunt.com) so mainly working on music videos, commercials and film, i guess i’ve always been influenced by music in my work, so tend to go toward the more indie sullen side of the spectrum.

I am drawn to this style of music and vibe generally because i feel it has more meaning to my life, capturing the complexity of nature in sometimes really fragile and simplistic ways resonates really strongly with me.

I remember hearing My Bloody Valentine at home all the time when I was younger, moodily seeping under the door of my elder brothers bedroom and I guess that just planted the seed, now, wherever i go i tend to pick up new favourite bands that have been influenced someway from that generation, my most recent being Psychic Ills from my time staying out in San Francisco, which has a general progressive vibe to it, but in a really striking way.

I have been running a night called Super Youth in London for the past 3 years that can only be described as a kind of left of the centre American underground indie night (thanks Jon Banthorpe), so plenty of Sonic Youth, Dino Jr, Archers of Loaf, they also are a massive influence in my life, I actually was lucky enough to get a chance to do shoot with J.Mascis in the summer last year for a magazine and we discussed many of the bands I have added to the playlist and also his own side project band Witch, so most of it all seems to come together quite naturally for me.”

“6 Months Of Hell or I Never Gave Up” 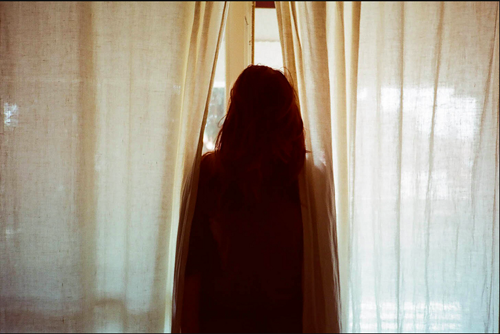