Going back to ten years ago I remember working with lead singer Jake in Fareham. He introduced me to his band the Elements, they had a strong and loyal following within Fareham and Gosport. Since those days there are a few new faces and they go by the name of Blackfoot Circle.

Fresh off the back of winning Hard Rock Cafe’s UK Battle of The Bands competition, where they received glowing reviews from judges James Curran (Absolute Radio), Jemma Downey (Live Nation) and James Walsh (Starsailor), The band’s belief and reputation is growing fast. This and their recent appearance at Bestival being covered by ITV’s Meridian News has created a real buzz in and around their local area.

The band are starting to gain a strong following in London and have gigs there on the 2nd and 9th Feb. You can see the band playing around Hampshire on…
Fri 27 Jan @ 147 Club, Gosport
Sat 18 Feb @ The Wedgewood Rooms, Portsmouth
Sat 24 March @ Unit, Southampton (supporting Sound Of Guns)

If you like the video below you can buy four tracks on iTunes. 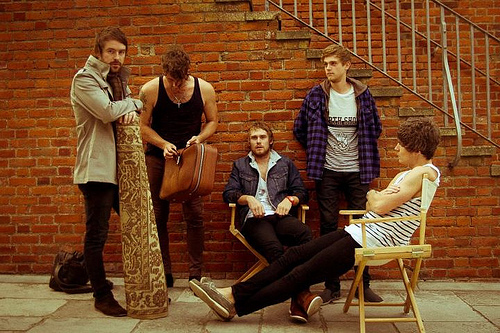