Last Saturday the 20th August Steve Langton set about the bonkers task of swimming from Ryde on the Isle of Wight over to Southsea beach. One single ferry ticket and a lot of balls later he made it. Well done mate. I tip my hat in your direction. Nutbar….

“I contacted Ryde Inshore Rescue in November last year re doing a cross Solent Swim (Southsea lifeguards wouldn’t do it !) I found Grodon Osbourne, the founder of Ryde inshore rescue, he offered to help in return for me raising some money for his organisation. After a few months Gordon contacted me with a date, last saturday August 20th, based on tides and shipping movements etc.

So I booked the 06.15 seacat to Ryde and arrived about 20 mins later very aprehensive and wishing I’d trained more!! Gordon met me and drove me around to Brading Yacht club to pick up the support boat and crew, Ian and Mike, we then chugged back to Ryde in the boat with the canoe on board. Once at Ryde Sands I donned my wetsuit and jumped off the boat into the water where Gordon made me wade in until knee deep – he then waited for me to wave and started the clock as I began my swim, with Mike in the canoe for safety.

First stop the Stourbridge Buoy, a bright yellow buoy about one mile off shore, I had to be there inside 40 minutes to avoid arriving at the same time as a rather large container ship – I made it in 32 mins but still managed to end up in the very large set of bow waves about 20 minutes later!

We then headed toward Gosport to allow for the tide sweeping us off course, once about a mile or so off the Haslar wall we continued on avoiding hovercrafts and car ferries, Gordon was in radio contact with all the shipping and let them know I was in the water. Mike in the canoe was kind enough to remind me not to worry as I apparently I had right of way over them all !

After swimming another mile or so we changed course and I could make out the war memorial on Southsea Common, I had to swim through the ‘swashway’ a choppy section of the Solent with a lot of boat and sailing traffic – luckliy all skippers were good natured and gave us plenty of room.

It was then on to cross the ‘Southsea Channel’ the shipping lane off Southsea Seafront, this was done as quickly as possible as the beach was in sight and I didn’t fancy getting run over! Finally 1 hour and 56 minutes later I set foot on the shores of Southsea beach, with very wobbly legs!!

Radio congratulations from the Queens Harbour Master then off to the Cafe for a very large brekky! Big thanks to my pilots Gordon, Mike and Ian, they did a great job of keeping me on course to swim in a big arc to compensate for the tides – well done boys! Any donations to Ryde Inshore Rescue most welcome.” 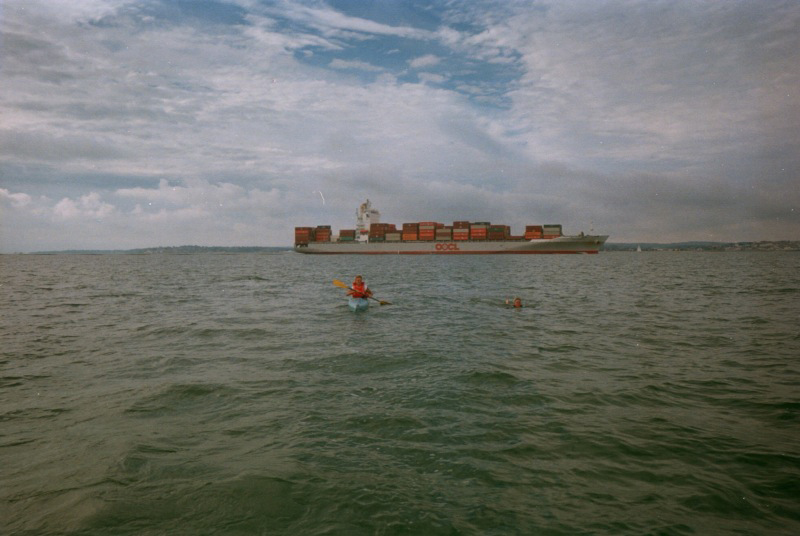 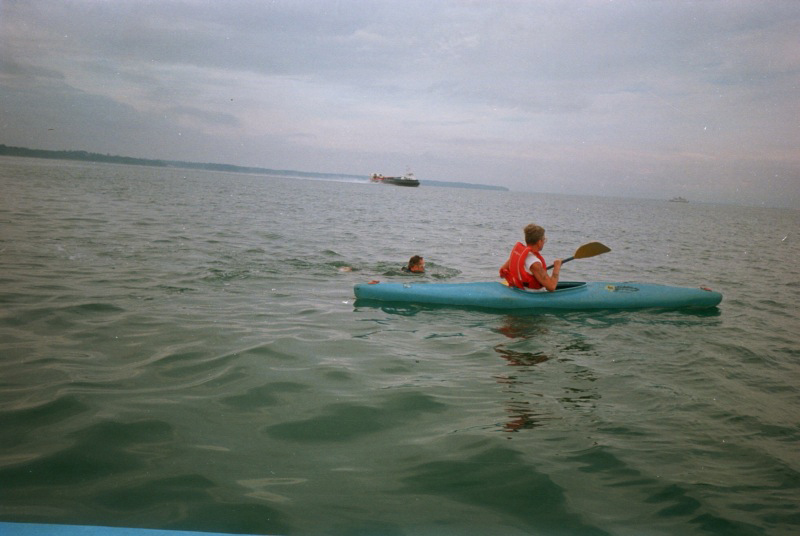 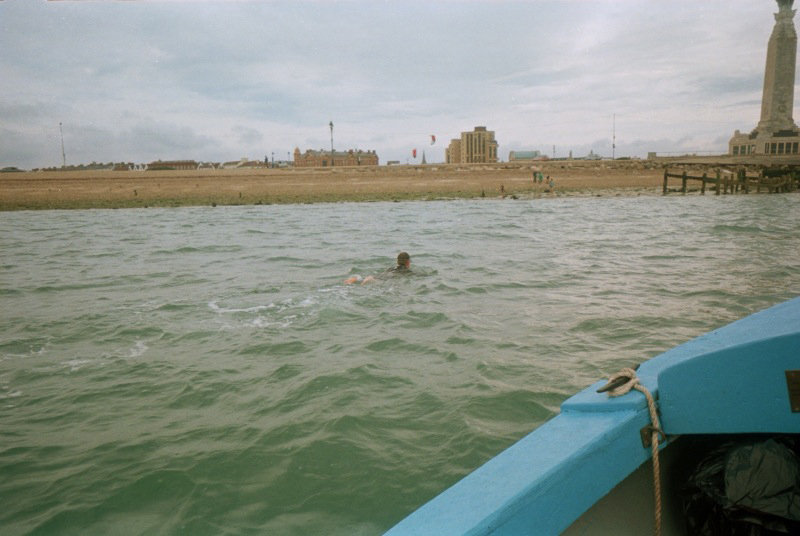 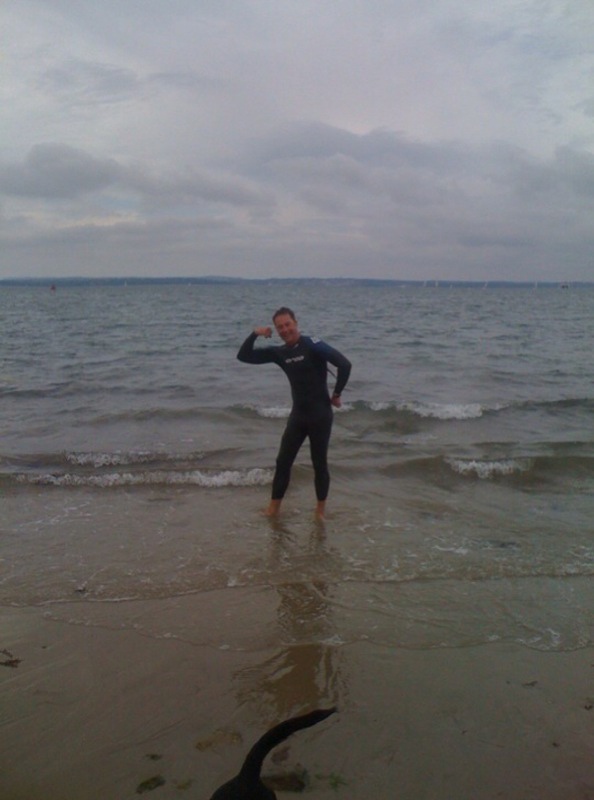