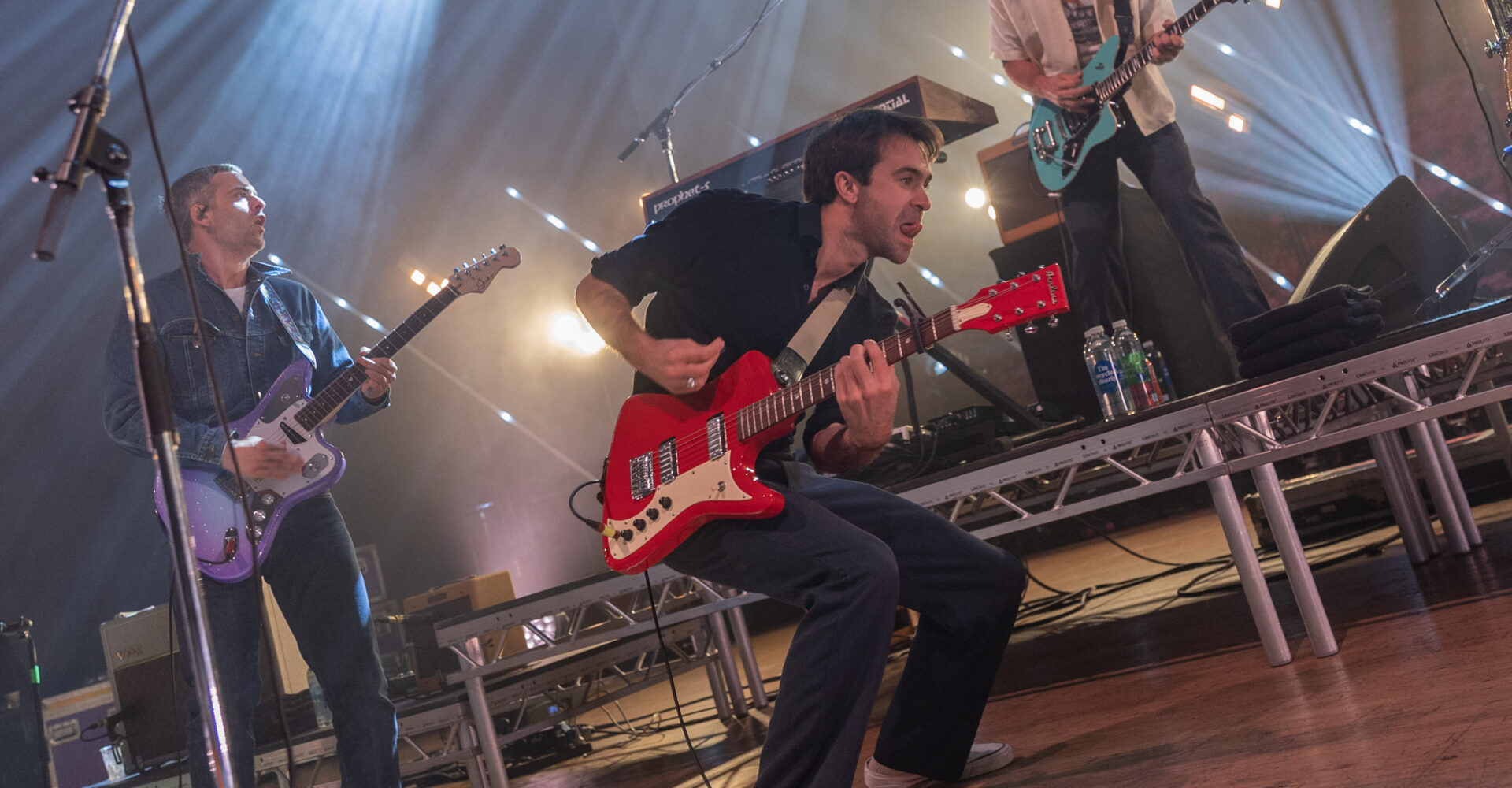 The Vaccines are half way through their 2022 UK Tour with gigs already completed in Manchester, Liverpool and Leeds, and the band are clearly in full swing when they arrive at The Portsmouth Guildhall. When seeing this band play live it’s obvious that they love being back on the road, they are full of vibrant swagger and energy right from the first notes of set opener ‘Wunderlust’.

The expectant crowd lap up the energy from the band as they head straight into ‘I Can’t Quit’ with frontman Justin Hayward-Young prowling the stage and conducting the audience like his orchestra, a theme that continues through the evening.

These are followed by two huge singalong tracks in ‘I Always Knew’ and ‘Teenage Icon’ to which the crowd are in full voice.

Justin then takes the time to greet the Portsmouth crowd saying that he spent a lot of time going to gigs in the city when growing up, referencing The Wedgewood Rooms and The Pyramids as venues he visited before saying “I’ve been told the Pyramids is now a soft play area, RIP The Pyramids!”

The middle part of tonight’s set sees the band play a mix of tracks from across their five studio albums including ‘Surfing In The Sky’, ‘Wetsuit’, Post Break Up Sex’ and ‘Your Love Is My Favourite Band’, plus ‘Disaster Girl’ from recent EP Planet Of The Youth.

Crowd-pleasing bangers ‘Headphones Baby’, ‘Handsome’ and ‘All My Friends Are Falling In Love’ are played to a raucous crowd amid a sea of arms, people on shoulders & t-shirts being swirled above heads. Before the main set climaxes with arguably the band’s most popular song ‘If You Wanna’ cue more of the crowd being held aloft on their friends shoulders all singing to the tops of their voices.

The band return to the stage for a three-song encore, ‘XCT’, the short & punchy ‘Wreckin Bar (Ra Ra Ra) which is the opening track from their 2011 debut album and the final track ‘All In White’ which happens to be one of my personal favourites.

This gig and this band are all about entertainment, it has energy, it has swagger, it has crowd engagement and enticement, it’s loud and it’s in your face. It’s everything a gig should be, and the crowd love every second of it!

The Vaccines return to the south coast in June when they play the IOW Festival, be sure to catch them on the main stage on Friday, you won’t be disappointed!

Support for tonight (and most of this tour) comes from two excellent acts in Black Honey and Aziya.