Every week we guide you through the biggest albums, to help you decide what you should be streaming. This week: office politics as real world politics, retina-burning psychedelic disco, and a fond farewell to a tragic megastar…

If you were to predict a popstar who would return just in time to sum up the miserable state of affairs in 2019, Neil Hannon probably wouldn’t be the first person that you’d think of. But that’s exactly what the Northern Irish leader of The Divine Comedy has achieved with new album Office Politics.

There’s always been plenty of winking satire in his band’s best work, exploring such weighty themes as sex, class and coach trips through the 90s. But with his first selection of songs since 2016’s mercurial Foreverland, Hannon proves that his brand of rich character studies has more to say now than ever before.

Opening track ‘Queuejumper’ is a case in point, told from the point of someone so inflated by self-regard that he’d skip the titular line simply because he’s “better than you.” Hannon’s rage at this ungentlemanly act (this is a man who wrote two albums celebrating cricket, after all) bubbles under the surface of a joyous chorus backed by jaunty xylophone. Elsewhere, on the title track, the office boss would “sell his granny for some high heeled stocks…always wearing hilarious socks”, while Psychological Evaluation sees an officer working forced to share how he’s feeling with a machine, because no one else wants to find out. As ever, Hannon’s lyrical explorations are fascinating and witty.

Musically, Office Politics represents something of a departure. Bringing synthesisers to the forefront of the band’s work for the first time adds a brilliant extra dimension to the storytelling, with the whimsy of their most popular work somewhat blunted (‘You’ll Never Work In This Town…’ is an exception, sounding like Ennio Morricone performed by Glenn Miller). But this leap into the unknown more than pays off on a double album packed with ideas, placing it far closer to Ultravox than Scott Walker. It’s a change of pace that works.

Fans of Animal Collective, MGMT and !!! will appreciate the wonkiness found here. In particular, the dance-funk at play in tracks like ‘Crack a Smile’ and ’24 Hour Hateful Live!’ groove in a tightly wound fashion that excites and delights. When things loosen up a bit too much, it all becomes somewhat tiresome and, even with its brevity, the silliness outstays its welcome. ‘Ecstactic Baby’ features a catchy beat backed by what sounds like a fire alarm falling down the stairs, while tracks like ‘Let Me Listen in on You’ and ‘Ohm Death’ aren’t as clever as they think and feel oddly weightless. There’s still plenty to enjoy here, but may be perhaps best experienced after necking a yard glass of sherbert.

As popular as The Divine Comedy and Yeasayer are in their own cult-y way, neither are really at risk of bothering the singles charts with these albums; something that cannot be said of our final record this week.

The death of EDM megastar Avicii’s (real name Tim Bergling) death last year was greeted, understandably, with shock around the world. His issues were well publicised and do not need to be reiterated here, but his passing prompted discussions about mental health in the music industry that have been open, constructive and seen as a huge step forward. Profits from his posthumous album TIM will raise money for the mental health foundation set up in his name, so the quality of the material here is almost insignificant.

What a relief, then, that those left behind have done such a superb job of honouring Bergling’s legacy. A group of producers including Carl Falk, Vargos & Lagola, and Bonn, were tasked with the family to finish the album that Avicii had started before his death. Rather than present a final epitaph in the style of Joy Division’s Closer, instead TIM acts as a celebration of the music that made the DJ such a gigantic star.

Most impressive is the opening trio of tracks, each delivering a truly euphoric rush. ‘Heaven’ and ‘SOS’ both feature soulful performances from Chris Martin and Aloe Blacc respectively that really raise the material, while ‘Peace of Mind’ delivers an emotive opener that stands as impressively restrained against the chart-friendly EDM found elsewhere. TIM’s second half occasionally collapses into the genre’s standard practice bleeps and bloops, but the record rallies beautifully for the poigniant finale, ‘Fades Away’. A surprisingly effective monument to a megastar.

Office Politics by The Divine Comedy: 4/5 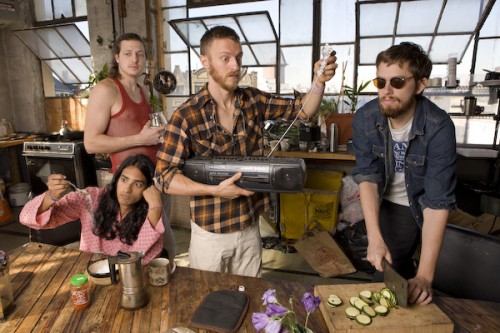