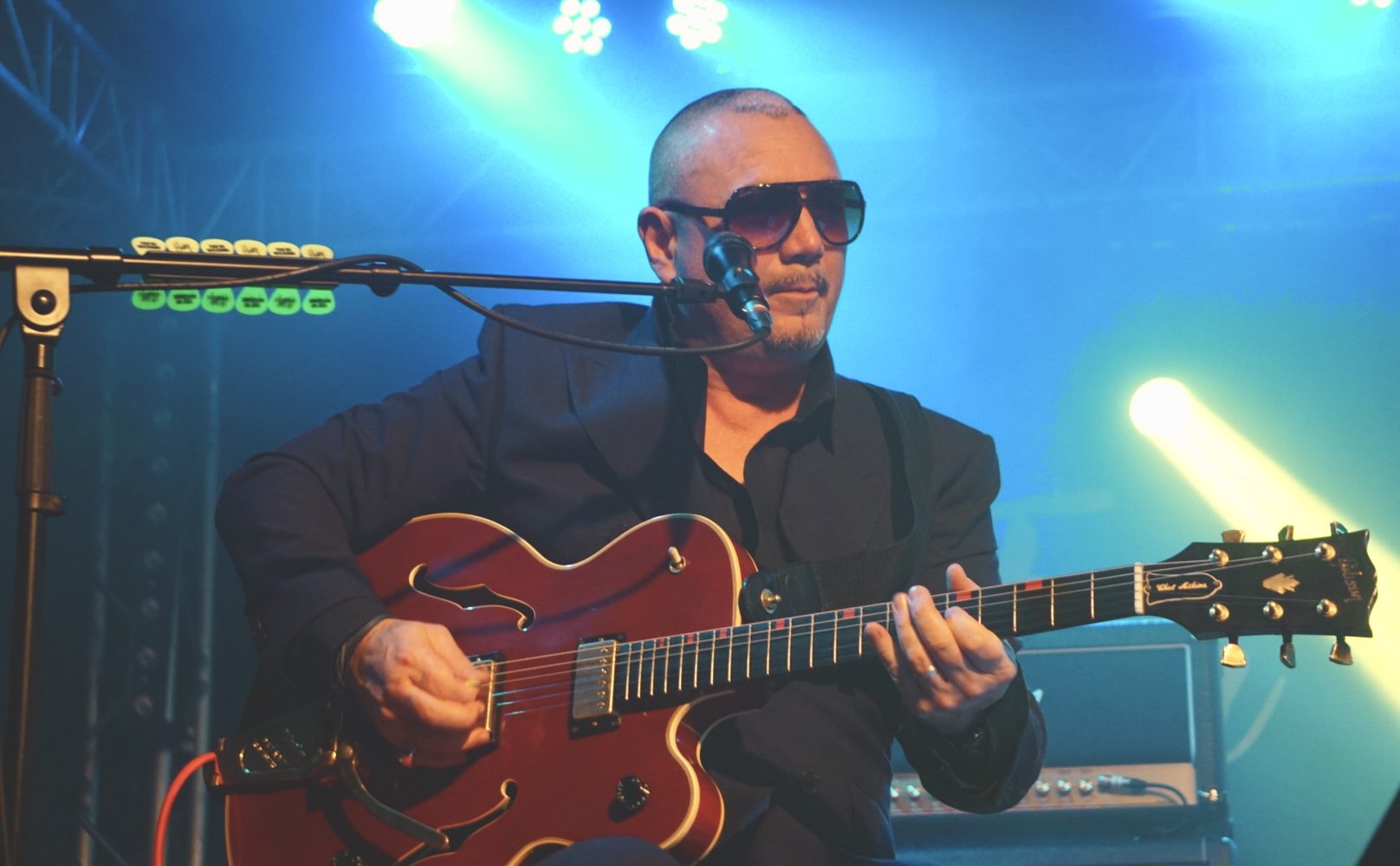 As we neared the Engine Rooms, we could hear the faint sound of a deep bass thump, which instantly brought me back about 20 years, as I could just about make out some old school hip hop from the late 90’s!  Once we got into the venue, it was clear that DJ Mateo had been busy getting the crowd warmed up and they were loving every minute of it!  He was expertly throwing tunes around on his decks, going from House of Pain to the Jungle Brothers to some very nice bootlegs of some classic soul tunes!  It reminded me so much of the little tucked away clubs during my university days, but with a distinctive American slant to it.  I’m sure if he had played all night, the crowd would have been content, but he brought his set to a close with the Oasis classic, Wonderwall, which had every single person singing along with broad smiles over their faces.  This was already turning out to be a great night!

During the stage being set up, some classic tunes from the 90’s kept the crowd bouncing and the energy that had been built up in the room.  The house lights dropped to a huge round of applause and noise and two thirds of the Fun Lovin’ Criminals came onto the stage.  They started with some intro music, but where was the main man?  Then we see Huey being helped onto stage, complete with crutches and a leg cast!  My initial thought was how was this going to impact on how the gig would be and his presence on the stage, but as he was being helped to the stage and onto his big red leather chair, all of those thoughts faded as he just appeared to take ownership of the whole front of the stage, with an unflappable calm.

They burst into their first couple of songs, which the crowd loved, before breaking into King Of New York, which seemed kind of apt with Huey sat upon his throne!  The band then paused to speak with the crowd, where an explanation that “motorbikes hurt” referring to the leg in the cast, which was all given with a big broad smile and an ability to laugh at his own misfortune!  Before they started again, Huey let the crowd know that “Tonight’s performance is sponsored by co-codamol and Remy Martin!” before they got straight back into some more songs from their new album as well as their most recent back catalogue. This was going to be an interesting night!

Huey and the band managed to turn the Engine Rooms into what felt like a cozy little underground club somewhere in the heart of Brooklyn, with strains of hip-hop, metal, blues and soul all featuring throughout their set.  Most of that is down to just how quintessentially New York the group is, taking all the best parts from over there and transporting them to the south coast.  They took us through a tour of their back catalogue, going through songs which have been influenced by his checkered past where he avoided jail by enrolling with the Marines, before he turned his talents to music.

Throughout the evening, he inserted a number of interludes to regale us with little anecdotes and stories to add a little more to the proceedings, or just to let us know what he was thinking.  Some of the stories were very profound, while others went off on a wondrous tangent, but all brought a smile to everyone’s faces and laughter rung out through the venue!

Looking around at the crown, the majority looked like they would have known the FLC for a number of years, so were there to hear some of the classics.  Whether they spotted this or not, I don’t know, but the keyboard player just came out with “They want to hear Scooby Snacks!”, so with no further introduction necessary, they went straight into their best-known song.  The crowd started bouncing around from the first couple of chords, throwing themselves fully into it, singing along to all the choruses while Huey was on point with rapping his way through the rest, but with a laid back style unique to him.

It was so effortlessly cool, he just oozed charisma which made his performance amazing, even though he was stuck in his chair!  They closed the set soon after, but the crowd managed to get him back out on stage for an encore, despite him struggling to get around!  Their performance of Barry White was just sublime, with Huey’s voice doing the late, great man justice.  They rounded off the night with another of their classics “The Fun Lovin’ Criminal” which had the whole crowd bouncing and singing along to the dulcet tones of the trumpet.

There was not one moment where you looked around the crowd and didn’t see everyone with a great big grin on their face and thoroughly loving every minute.  I’m not convinced Huey will remember every minute of the night, but I’m sure that everyone who went will!!

Words and photos from Jon Gray